Circuit Board—Tech You Should Care About: What’s New at Apple?

So, Apple recently announced a lot of stuff. Like a lot, a lot. If you're wondering what that means for you, well, we're about to break that down. This is a big deal to the Apple fanboy in your life, but here are the details. The Apple Watch is the first thing and will now come in three form factors: Apple Watch Series 6, Apple Watch SE, and Apple Watch Series 3. Each is targeted at a very different market. The Watch SE is for the budget-conscious buyer who wants most of the features of the flagship Series 6, but is willing to sacrifice a few key features in order to achieve a budget-friendly price, which begins at $279. This new model will be familiar to many users of the Series 3, but it packs in some new features as well. You're likely wondering what this all is going to cost, so here we go: The Series 6 is priced at $399, the SE is priced at $279, and the Series 3 is still available at its even lower price of $199. So, that's it, right, Apple? But, knowing them, that was probably not all they had for us.

September also marked the launch of a revamped iPad Air, which was brought back last year to some excitement, but was dwarfed by the iPad Pro's popularity and publicity. This year is going to be different for the Air because the ground-up redesign of the iPad Air is very similar to the iPad Pro, but with a few caveats. It does use USB Type C for you connection nerds. What this all means for the average person is much more obvious. A much cheaper iPad launched last month that will provide many of the features of the iPad Pro at a much cheaper $599 starting price. It's a pretty good deal. But Apple still had several more things to share.

For starters, there is a new Apple Watch fitness tie-in, which, to shelve a bunch of technical jargon, takes measurements from your Apple Watch and sends them to whatever screen you choose, so that you can watch your workouts. This is part of a new service that Apple is offering that provides a range of workouts with a variety of lengths, styles, and music playlists. Yes, Peloton users, we know you got there first, but a ton of people have an Apple Watch. Peloton must have been slightly uncomfortable in their seats when this was announced. Only time will tell how effective this service is. Oh yeah, and the service is going to be called Fitness+ or Fitness Plus, depending on where you stand in the grammar stooge camp.

Additionally, Apple is offering a service called Apple One that has three tiers, but the first two are available more widely, so we'll start with those. Apple One Individual will be $14.95 a month, followed directly by Apple One Family, which will support up to five devices, for $19.95 a month. Each of these services offers Apple Music, Apple TV+, Apple Arcade, and iCloud storage. Individual and Family provide you with 50gb and 200gb of online storage, respectively. This is where you can save your data, including photos, music, and documents, to the cloud, so that they can be accessed by any device with iCloud as a feature.

The final tier is where we enter into ultra-premium territory, but what you get is a bigger bundle. Apple One Premier will run you $29.95 a month, sure, but what you get is all the services provided by the first two tiers, plus a little more. With the Apple One Premier, you are given 2tb of storage, or 1000 gb. This is equivalent to the most maxed-out storage of most laptops. In short, it's a lot of storage. But there's more. On top of all the features from the other tiers, subscribers are granted access to New+ and Fitness+. (Granted, Fitness+ is not available at launch, but it's coming soon.)

That being said, all of these services tie into all your Apple devices. So that means that whatever Apple device you use, you can get access to the subscription services available on Apple One at every price point. What seems to be the most compelling case for this service is the integration. No other service is this hooked in to devices that you already own. It's this that makes such a compelling case for Apple One—not because it will be that much better at the things it tries to do, but rather, because Apple is counting on the fact that so many people already own an iPhone, Apple Watch, and, often, iPad. So yes, they may not be the best at fitness apps, or music streaming, but none of those services are so integrated into all the Apple devices.

And that's all, folks. Check back in later for the latest tech updates. (NOTE for potential future coverage: Sony has some big Playstation news on the horizon, but Microsoft also has a lot going on.)

For more information and to see the latest products, go to apple.com.

The Rotary Club of New Orleans is co-sponsoring a hot meal and relief supplies giveaway and is need of volunteers to help them. The giveaway is this Sunday, September 19, at Chung's Heavenly Café, located at 607 Belle Terre Blvd. in LaPlace, LA. The club is asking for 10... 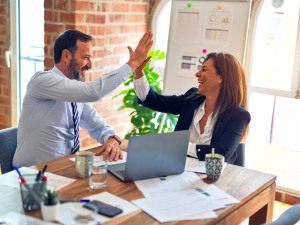 Cox Communications and Delgado Community College are partnering up to host a Small Business Growth Academy, with the intention of providing education and leadership development to diverse suppliers in Cox's Southeast region. The program will be eight weeks and will seek goals in operational sustainability and improved scalability of diverse suppliers. Participants will learn valued skills in business management and other topics... 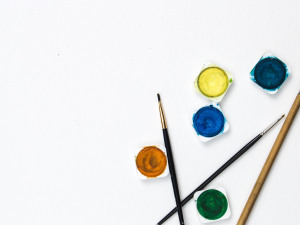 Due to damage caused by Hurricane Ida and the resulting recovery in its aftermath, Prospect New Orleans announced that it will be changing the dates for this year's city wide art exhibition. Prospect New Orleans's 2021 iteration, officially titled Prospect.5: Yesterday we said tomorrow, will now be from late October to mid-November, with exhibitions remaining on view until January 23, 2022. Prospect.5's opening festivities and...