Caffeine Jitters? It Really Can Affect Your Sleep

Acclaimed food writer Michael Pollan investigated the ways in which caffeine affects our sleep in his audiobook Caffeine, which came out at the end of January. "Everyone is caffeinated," Pollan concluded, after cutting out caffeine for three months. "Until you get off caffeine, you don't realize how universal that state is."

According to an article in The Wall Street Journal, when he first cut out caffeine, Pollan described feeling "out of tune with the rest of civilization," groggy, and dazed. But it wasn't long before Pollan realized just how much the caffeine fast would benefit him. "After a couple of days, I was sleeping like a teenager again," he recalls. "It was the only upside I could see, and it was a big one. It was wonderful to have these deep, dream-filled sleeps."

So, how exactly does caffeine affect our sleep? According to Pollan's research, "[Caffeine] appears to take its toll on slow wave sleep, the critical brief period of deep sleep that we need to reset our brains for the next day and to resynchronize everything." Pollan shared that we sleep better when it's quiet and when it's cold. "The lower our body temperature, the better we sleep," he says. He also says that the "absence of screens and stress" plays a big part, too. After all, everyone knows that getting a good night's sleep is the key to having a great day.

Pollan compared the effects of alcohol and caffeine on sleep, stating that "if caffeine messes with slow wave sleep, alcohol seems to mess with our REM sleep, when we do the most dreaming." When Pollan tried caffeine for the first time after his three-month hiatus, he remembers feeling euphoric. He says it definitely seemed similar to a psychedelic experience: "Not that I hallucinated, but I felt a radical shift in consciousness and substantially different than I had a half-hour before."

While Pollan was off caffeine, he replaced his morning coffee with chamomile tea. Peppermint tea was the first runner-up in terms of decaf substitutes during those three months. He also made use of the herbs in his garden. "It's so easy to take a handful of mint and any lemony herb like lemon verbena or lemon balm and pour boiling water over it," he explains. On the flip side, Pollan's favorite caffeine fixes have to be coffee, green tea, and chocolate. "My ideal pairing now might be coffee with a small square of dark chocolate," Pollan says.

After nearly three months of precautionary closure, the National World War II Museum will reopen to the public in a reduced capacity, just in time to commemorate Memorial Day. Museum officials and operations staff spent the past eight weeks assessing new... 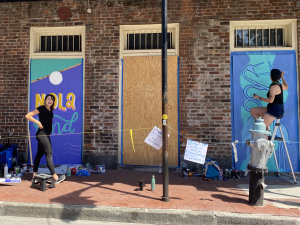 COVID-19 first took over New Orleans last March. And as businesses all around the city shut down, the plywood boards went up—the likes of which we haven't seen since Hurricane Katrina. Plywood is dull, bland, and lifeless, on both an esthetic and a symbolic level. Not only is it drab and colorless, but its very presence in the window of a bar, restaurant, or shop signifies that what is behind... 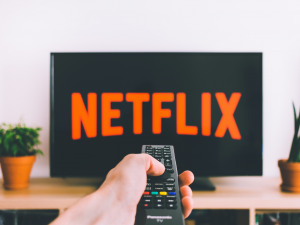 What's New on Netflix? May 2020 Releases

New Orleans's stay-at-home order expires on May 16, or 11 days from now. In other words, there's not much time remaining to stay indoors and couch-potato it in front of a Netflix queue. For people preparing for an epic binging finale and for casual viewers alike, Netflix has announced a litany of additions to its streaming platform. It should be noted that Netflix is staggering the releases. Not everything will...