Biking in New Orleans, For Better and For Worse

The freedom to bike in NOLA is one of the many great things that our city has to offer. New Orleans is small enough to traverse from one side to the other, and more and more people are jumping on two wheels to get where they need to go. Unfortunately, however, the growth of the biking community comes with downsides. We're going to talk about some of the great aspects of biking and discuss the recent changes to the biking infrastructure, and we'll look at some of the dark moments that occur when bicyclists aren't safe from the car-driving population.

Recently, many biking organizations have sprung up. The NOLA Social Ride, started years ago by a small group of like-minded individuals, has weekly "Happy Thursday" rides. As a person who has been on many of these rides, I can say that it's well worth the time, and you can form a ton of great relationships. Hell, if just biking alone has become stale for you, we even have a nude bike ride every year as part of the World Naked Bike Ride, which, as you may have guessed, is a clothing-optional event. I'm comfortable enough with my body that I feel good sans clothes, but not quite comfortable enough to leave my house and hop on a bike in the same state. To each his own, though, and the ride is a big hit for many.

Other biking organizations, such as Bike Easy, focus more on the helpful side of things, including pushing for more bike tools for the city. It seems that biking in the city has indeed improved.

In the last two years alone, bike lanes with roadblocks in some areas have been added, an improvement that seems to be popular with many bicycle-riders around town. It certainly helps ease the stress that people on bicycles (especially Downtown) often experience. Personally, I have been hit by a car moving late at night. Thankfully, I was only slightly injured, but I have quite a few friends who have been struck and received major injuries in the process. I was lucky
that time.

Unfortunately, the same can't be said for everyone who ventures out on their bikes. This past Mardi Gras, one of our most celebrated events, the Krewe of Endymion parade, was mired by tragedy when Tashonty Toney drove his car while drunk and ended up injuring seven people and killing two. I bring this up because some of those affected by this were on bikes. All they wanted to do was to celebrate our marvelous parade season, but instead, they ended up losing their lives while biking. These kinds of incidents happen all the time, and sadly, it's going to take more than just simple law changes to bring this conflict to an end. Biking is a freedom that many of us love, but it shouldn't come with a death risk. Toney robbed those people of that joy and convenience when he decided
to drive drunk.

Even beyond what Toney did, reports of violence against bikers get circulated far more than any of us would like to hear. Numerous attacks on cyclists have been reported on the Lafitte Greenway, and little is being done about it. Granted, it is hard to track down the perpetrators on a trail with little light and surveillance. But the point is, people working late or heading home from a fun night shouldn't be scared to bike alone-especially on the Greenway, which was created to make it easier and less dangerous for people to get from point
A to B.

Thankfully, the biking community has seen some improvements over the last few years. Let's just hope these changes can become even more impactful and positive for our bike-riding friends and family.

The added support from both of our recent mayors has helped renew interest in New Orleans as a biking safety zone, more or less. With the recent introduction of Blue Bikes over the last year proving to be a big sensation for weekend visitors, it's sending a message that residents and vacationing folk should feel secure and safe while moving around the city on two wheels. In truth, biking can be very liberating, and even though the chance of having your bike stolen is always a threat, most have found that secure U-locks and chains can deter anyone looking for a quick pick-up. I have been fortunate to never have to deal with that, but it could happen
to anyone.

In 2017, an article by Eric Craig on the site Nola.curbed.com reported that more than four percent of people in New Orleans use their bikes to get around. And in the last five years since the release of the American Committee Survey report that that article was based on, the number has grown drastically. In a recent report by the city government, it was announced that we as a city had received a silver rating in terms of bicycle acceptance and friendliness. In short, this is a good thing-not only because it encourages people who might otherwise be weary of getting on a bike on our notoriously bad streets with our mostly bad drivers, but also because biking is fun, after all. And if we get more people safely on bikes and not in cars, it could actually help congestion in high-traffic areas.

Not long ago, the city has announced plans to alter the way bikes are able to get around. Up until recently, one of the main issues with using the bike lane was the frequent hassle of having to move around cars parked in said bike lanes. I suspect that certain individuals who park in bike lanes may have a disdain for cyclists, while others are simply ignorant to the fact that bikers need these lanes for their protection. It's not as if our city is known for great, courteous drivers, and for some who bike, it can feel as though it's an us-versus-them mentality when it comes to safety. The city's new plan, which calls for those parking in bike lanes to be fined $300, is a great step toward ensuring that people know that it's unreasonable for them to park in a lane specifically designated for cyclists. If you can't make them understand it, perhaps hurting their bank accounts will more effectively guarantee that bikers can navigate the unsteady streets of NOLA without
having to share the same lanes as
giant moving vehicles.

If we can keep our focus on safety, New Orleans can have a bike-friendly environment, and that should be treasured and nurtured. Biking is an escape for many who have no desire to commute by car or public transport, and in the end, it's freeing to be on a bike with the wind in your hair. You're not only helping with carbon emissions, but you're also showing everyone you pass that at times, it's actually faster and easier to get around on a bike than it is with a big
car or truck.

Just remember that the rules of the road apply to all of us, whether we choose a bike or a car, and that we have to be vigilant and observant about the dangers. Also, remember to have lights on your bike and helmets at the ready. No one wants to injure or kill anyone, but it's still our responsibility to protect ourselves as best we can. Sadly, many who have been injured can attest to those dangers. Unfortunately for cyclists-those who have lost their lives and those who just want to bike safely-people like Toney and others who drive dangerously will always be around to ruin what should be a perfectly normal thing to do. So be careful, bike safely, and Godspeed! 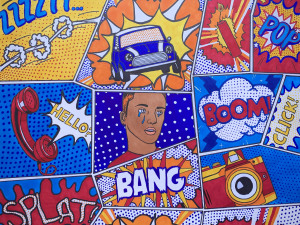