If your experience in nature in the Baton Rouge region has been limited to walking around the Louisiana State University campus, and perhaps the area around the State Capitol building, you're simply missing out. The capital and surrounding region are home to a variety of parks, trails, and nature centers, including some right in the heart of the city, that are worth exploring whenever you're in town. Check out the various park agencies' websites for details on opening hours and, if you have a dog, which parks allow them on leash. Keep in mind that unlike parks in New Orleans, many of these facilities don't allow alcohol. Here are a few of the most beautiful parks in Baton Rouge.

Bluebonnet, run by the Baton Rouge-area park and recreation district known as BREC, boasts a scenic network of easy-to-walk trails and wooden boardwalks wending their way through a swamp and forest. There's also an indoor nature center with live animals like reptiles on display, information about the ecosystems of the region, and an interesting collection of bird decoys. A gift shop offers postcards and other items with a heavy emphasis on nature-related children's toys. Admission is $3 for adults and $2 for kids under 18. Keep in mind that dogs are only allowed on designated days.

Port Hudson, which overlooks the Mississippi River, was the site of a grisly Civil War conflict in 1863, considered the longest siege in U.S. military history, with the Union ultimately seizing the strategically important site after losses on both sides. Plaques throughout this site commemorate and point out facets of the siege, and the park hosts an annual reenactment, but it's also the site of six miles of walking trails through country that's unusually hilly for southeastern Louisiana. Visit the pair of observation towers in the park to get a view of the battlefield and the surrounding countryside. Admission is $4 per person.

This sprawling complex affiliated with Louisiana State University (but not on its main campus) is close enough to Interstate 10 that highway sounds are audible at some points within. After a bit of wandering, however, you'll forget that you're in the city at all. The botanical gardens highlight beautiful flowers, and there's a historic Museum of Rural Life on site, but the real treasure is the trail system that winds its way through the woods, including one of the most beautiful swamp boardwalks in the region. The Barton Arboretum, accessible by car or by walking the trails, contains a tranquil pond, a variety of trees including pine and live oak, and a camellia garden. There's a $10 admission fee for the Rural Life Museum, but access to the gardens and trails is free. Dogs are allowed on leash.

Scenic forested and lakeside trails wind through this park on the edge of Louisiana's Tunica Hills, meaning a bit more elevation than New Orleanians are often used to. The park is quite beautiful and not too heavily trafficked, and you can spot animals like rabbits and chipmunks scampering through. Trails can at times be muddy or partly blocked by fallen trees and branches after storms. Lovely but sticky spider webs can also stretch between the trees, so be careful not to get stuck. Dogs are allowed on leash, and there's no admission fee.

This is the BREC system's largest park, and its network of trails offers plenty to look at in terms of trees, birds (often more audible than visible), and seasonal wildflowers. Stroll down to where the trails overlook the Amite River for a scenic and highly photographable view, or take a shortcut along the railroad line on the edge of the park down to a beach area along the river where families enjoy picnicking. The trails can flood, so wear appropriate footwear if it's been raining and be prepared to turn around if the trails are impassable. Keep in mind that dogs are not allowed in the park. There's no admission fee.

Located near the geographic center of East Baton Rouge Parish, Independence Community Park might be best known as home to the main branch of the local public library system. It's also home to a sprawling botanical garden with sections devoted to colorful plants including roses, ginger, irises, and day lilies. Make sure to check out the whimsical, racehorse-style names of some of the flower varieties, from Louisiana monikers like "Cool Jazz" and "Red Beans" to more mysterious names like "Heartbreak Warfare" and "Disappointed Child." A playground is also available for kids, and The Garden Cafe offers sandwiches, soups, salads, and drinks next to the library. Admission is free.

A onetime gravel pit converted into a park, BREC's Blackwater Conservation Area offers a network of trails wending their way along a set of scenic lakes and ponds, where residents also enjoy fishing as rabbits hop around nearby. Stroll down the paths to the Comite River, or simply relax along the water. Dogs are allowed on leash, and restroom facilities are available at the trailhead. There's no charge to enter the park.

7 Events to Enjoy for This Upcoming Week

First, this Saturday in Thibodaux is the Acadia Music Festival. Enjoy great live music from big names such as Lupe Fiasco, Better Than Ezra, and Lafayette's own Marc Broussard. The festival is all day Saturday and you can grab your tickets at acadiamusicfest.net. Percy Brown... 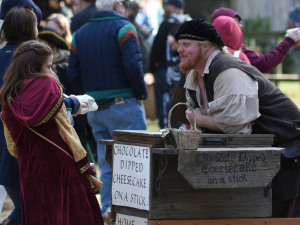 Plan Ahead for 8 Great Events for This Fall

First, Looking for live music this weekend? New Orleans' very own Chee Weez are performing live this Saturday at the Picayune Main Street Music Fest. Enjoy the Sidewalk Sale on West Canal and Highway 11, then head over to Goodyear Boulevard for live music at 5 p.m. 801 Goodyear Blvd., Picayune, MS, picayunemainstreetmusicfest.com Image Courtesy of Oktoberfest New Orleans/Deutches Haus Next, Oktoberfest is... 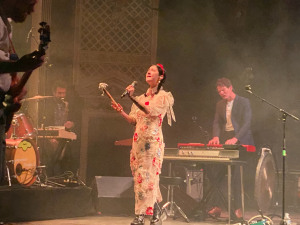 "We'd like to thank you all for wearing masks and caring about each other. We've been out of work for two years now and are so happy to be able to be doing this again." Those words, spoken softly and earnestly by Japanese Breakfast creator Michelle Zauner halfway through the set Friday night at Denver's Ogden Theater, drove home a point many have been learning, which is to say we've all been adjusting. She mentions the new reality...