Driving down N. Claiborne Avenue, I turned right onto Conti Street. I parked and ventured into the nearest gate to stand in awe at the three lots that comprise St. Louis Cemetery #2, a burial ground that was initially established in 1823 to prevent the dead from spreading cholera. Indeed, there are many entombed individuals dating back from the 17th century, including Jean Lafitte's brother and fellow privateer who gallantly fought in the Battle of New Orleans: Dominique You.

The cemetery is so rich in local history that the graves of Oscar Dunn, the first black lieutenant governor in the entire country, and Jacques Villeré, the second governor of the state of Louisiana, are located just down the field from the grave of Charles Genois, mayor of New Orleans from 1838 to 1840. It should come as no surprise, then, that this cemetery is a preferred spot for field trips led by Louisiana history teachers from institutions of higher education in the Crescent City. Just last fall, I took part in one of these outings, and what was most interesting-to myself, at least-was the slice of musical history that was consecrated within these walls.

In the center lot of plots, between Conti and Bienville Streets, lies the final resting place of Ernest Kador Jr., better known to his many fans as Ernie K-Doe. This R&B singer from New Orleans brought his signature hit "Mother-in-Law" all the way to the top of the Billboard Hot 100 in May 1961. Written by another New Orleans legend, Allen Toussaint, who incidentally laid down that unmistakable piano solo on the track, "Mother-in-Law" was and is, a song that you just can't help singing along to-once you wipe that automatic smile off of your face. "Satan should be her name…"

Ironically, there are undoubtedly a plethora of mothers-in-law throughout the cemetery, many of whom never got to listen to this toe-tapper, and possibly some who were horrified at the lyrics, just like Allen Toussaint's grandmother was! What's that old saying about music bringing people together? Other minor hits followed for Mr. K-Doe: "Te-Ta-Te-Ta-Ta" (#53 on the charts), "A Certain Girl" (#71), and his everlasting gift to the people of Tremé-the Mother-in-Law Lounge (now operated by Kermit Ruffins), founded in 1994. After Ernie's death in 2001, his wife Antoinette ran the lounge through good times and bad (Katrina), but persevered until her death in 2009. It was then that she was reunited with her husband in both the hereafter and in the Duval tomb, which was graciously donated.

Also interred in this very same tomb are the remains of Earl King, one of New Orleans's most prolific songwriters. With a career that spanned almost 50 years, King penned the preeminent Mardi Gras classic "Big Chief" for Professor Longhair and "Do-Re-Mi," which was popularized by Lee Dorsey. Artists the likes of Jimi Hendrix, The Meters, and Stevie Ray Vaughn have covered King compositions. Of course, King was no slouch when it came to vocals, and if you want to hear some great and unfiltered classic rhythm and blues, do yourself a favor and seek out King's recordings for Ace Records in the 1950s, including his #7 Billboard R&B hit "Those Lonely, Lonely Nights." Then something will take place-you'll have been initiated into the rewarding world of New Orleans R&B, and your iTunes or Spotify playlists will never be the same. Just remember you've been warned.

With the early days of rock and roll covered, it was time to relax and reflect. I came upon the Bechet family tomb. While legendary jazz clarinetist Sidney Bechet is not buried alongside his 7th Ward family, the towering structure that bears his family name elicits no less of a forthcoming career retrospective. Born in 1897, Sidney Bechet began playing music at the age of six, before making his rounds in the jazz ensembles that were entertaining Bourbon Street, pre-WWI. He had his first recording session in 1923, alongside Iberville Parish jazz pianist Clarence Williams, culminating in "Wild Cat Blues" and "I'm a Little Blackbird." From Chicago to New York to Paris, Bechet played clarinet and saxophone in jazz clubs and symphonic halls, even as far away as Russia. A true man of the world, Bechet spent nearly 11 months in a Paris jail for accidentally shooting a woman instead of the guy he challenged to a duel-yes, a duel! The offense was an insult about which Bechet infamously quipped that "Sidney Bechet never plays the wrong chord." Bechet took the utmost pride in his music, and jazz fans all over the world are in agreement.

Dubbed "the Wizard of Jazz," Bechet returned to New York after his release from prison and is credited with the first Latin jazz recordings in the late 1930s. He actually played all six instruments in a recording of the 1941 classic "The Sheik of Araby." Bechet relocated to Paris in 1950, remaining there and recording until his death in 1959. Buried in a French cemetery, this jazz great will forever be linked to New Orleans as the place of his birth, and of his contributions to Dixieland jazz, and from a family tomb there that calls him back home.

As I finished my journey with a trek through the lot that is connected to St. Louis Street, I realized that my musical education wasn't done just yet. There is a family of jazz musicians in the tomb belonging to jazz drummer Paul Barbarin. A contemporary of Sidney Bechet's, Barbarin was born in New Orleans in 1899 and played in all of the major jazz cities, alongside such greats as Bechet and Louis Armstrong. Barbarin recorded for Atlantic, releasing Paul Barbarin and His New Orleans Jazz in 1955 (the year he also founded the Onward Brass Band), a must-hear album that is streaming everywhere. One of his signature tracks is "Bourbon Street Parade," a title which would foreshadow his death in 1969 while playing snare drums during Mardi Gras.

Alongside Barbarin and his wife is their nephew Danny Barker. Barker was born in 1909, and his career took him to many of the same places as his uncle-playing rhythm guitar in the jazz bands of Cab Calloway, Jelly Roll Morton, Charlie Parker, and, of course, Sidney Bechet. An accomplished musician, Barker recorded The Fabulous Banjo of Danny Barker in 1958. Returning to New Orleans in 1965, Barker took a position as assistant curator of the New Orleans Jazz Museum and founded a church band in 1970 that went on to become-you may have heard of them-the Dirty Dozen Brass Band. Barker authored two books: Bourbon Street Black and A Life in Jazz. He passed away in 1994 and is buried alongside his wife, singer Louisa "Blue Lu" Barker, who died four years later. A jazz and blues singer, Blue Lu had a Top-20 hit for Capitol Records in 1948 with "A Little Bird Told Me." If you like that, then you really can't go wrong with the Blue Lu Remastered Collection, wherever streams
are sold.

As I walked back to my car, I realized that I had enough new music to last me for the next few months, and the only artist I was already familiar with was Ernie K-Doe. However, I was shocked to find that "Mother-in-Law" was not his most-played song on Spotify. That distinction belongs to 1970s "Here Come the Girls," another Allen Toussaint composition. A 2008 cover by UK's the Sugababes revived interest in the song, which was last covered by Trombone Shorty in 2017. As I listened to it, I couldn't help but wonder why this version didn't chart 49 years ago. But then, I chalked it up to the fact that some music is probably just destined to be unearthed at a later date, acting as a resurrection of sorts for the artists who made it possible. And while you can walk among these greats as they rest in eternity in St. Louis #2, we will forever enjoy the timeless music they have left in our keeping.

There's a place in New York City called Hudson Yards. It's a new development described as a monstrosity. I was raised two blocks from it, in the projects-five kids, single mother, and father figures through the years (a story for another time). The point: A two-bedroom space at... 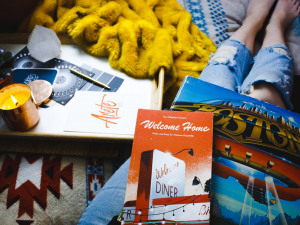 As New Orleans authorities are advising social distancing practices, many of us are spending more time at home than we're used to. What can you do to fight boredom? Here are some ideas: Paint something. Arrange a still life, or use one of your favorite photos for reference, and try your hand at watercolors or acrylics. Catch up on your favorite TV shows. We're spoiled for choice with good TV these days, and bad TV... 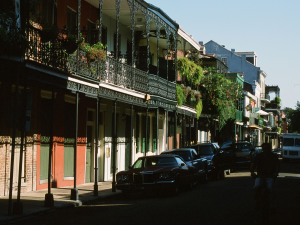 Yes, I am showing my age when I write about how much times have changed in just a mere 31 years-the 31 years that I have been a New Orleanian. Certainly, for many of you out there reading this (no doubt from your tiny device rather than a paper magazine), 1989 was before you took your first breath of air, before your parents even conceived of conceiving you. But for me, this time flew by. A quick cautionary tale to those under 30:...