Memphis, St. Louis, Austin, Kansas City, Decatur … these cities tend to spring to mind when talking about great barbecue. But over the past several years, New Orleans has finally entered the smoke ring to prove that our bark is a far more pleasant bite than previously imagined. 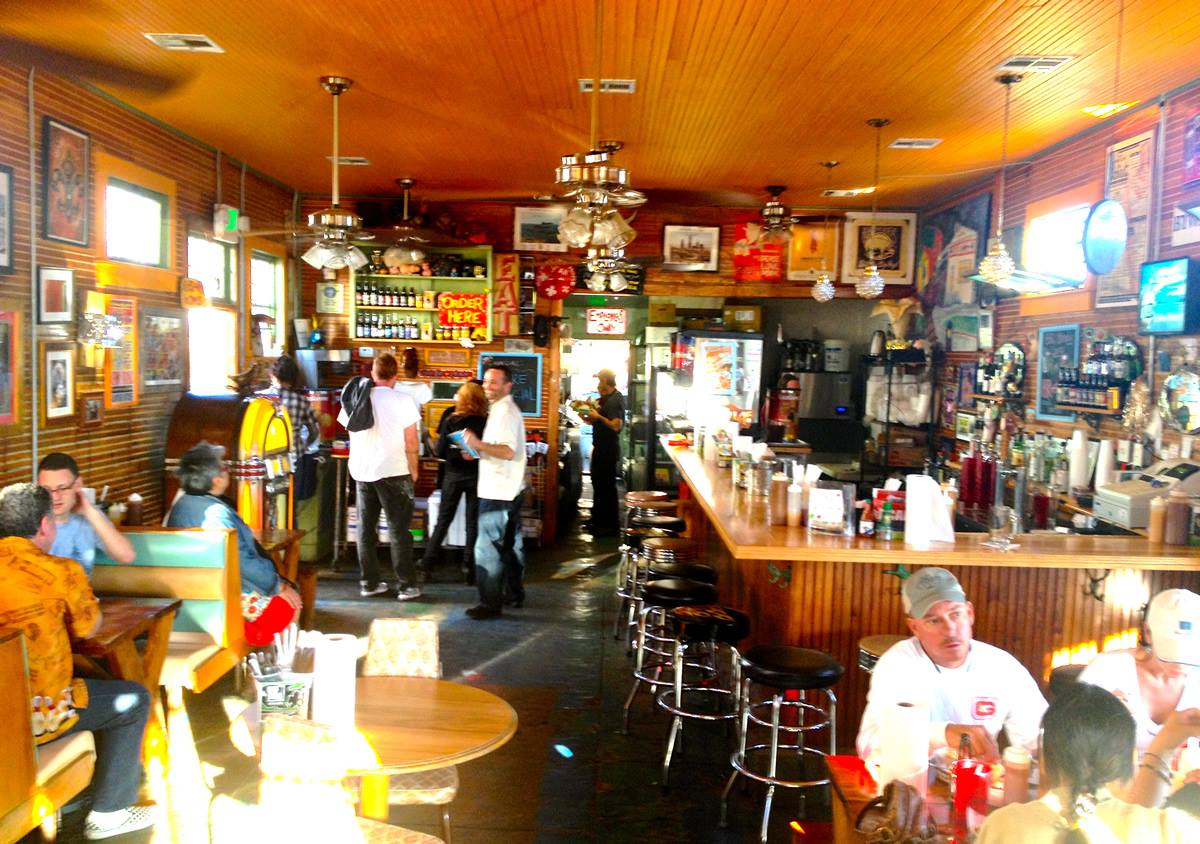 From a tiny shack on Poland Avenue to a large, corner store on Mazant, The Joint is certainly one of New Orleans’ earliest forays into the world of barbecue, and yes … they are still smokin'. Since 2004, owners Pete and Jenny Breen have been serving the denizens of the Bywater brilliant neighborhood grub and they haven't gone unnoticed. Food-centric publications like Zagat and Bon Appetit have featured this local favorite in Top 10 lists, and we have the Breen's to thank for first putting New Orleans barbecue on the map. Not-to-miss-items at The Joint include their St. Louis-style ribs, juicy pulled pork, tangy cole slaw and a choice pecan pie made with Bergeron pecans. 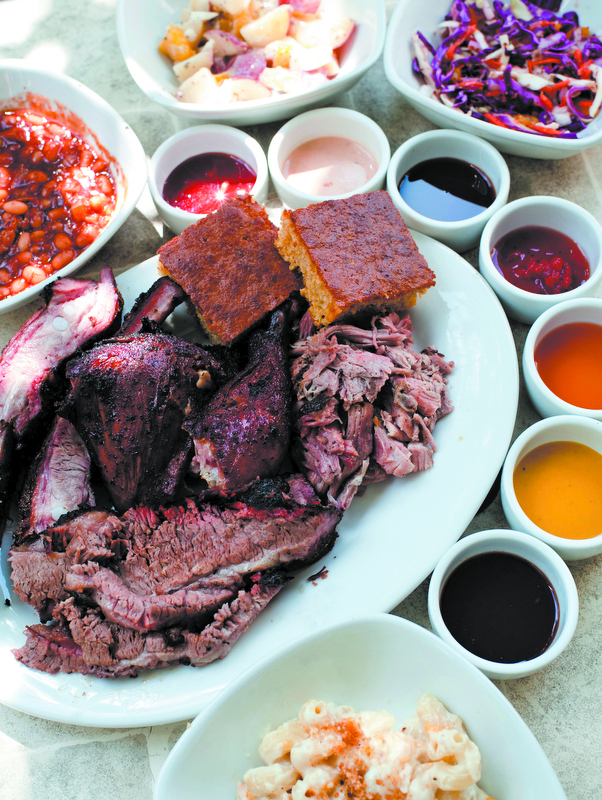 Although it has gone through many incarnations, McClure's BBQ is still smokin’ strong, only now this finger-licking eatery can be found inside NOLA Brewing's new Tap Room. What started so long ago as a pop-up restaurant inside Dante's Kitchen has now become the meat to eat while swilling a Hopitoulas or two. Pit Master Neil McClure offers a frenzy of smoked meats that you can order “acapella” or served on buns from Don Phuong Bakery. Try a Brisket Cheese Steak with onions, peppers and provolone cheese or the NOLA.com-noteworthy Chicken Cordon Bleu burger made with a half pound of smoked chicken, ham and Swiss. 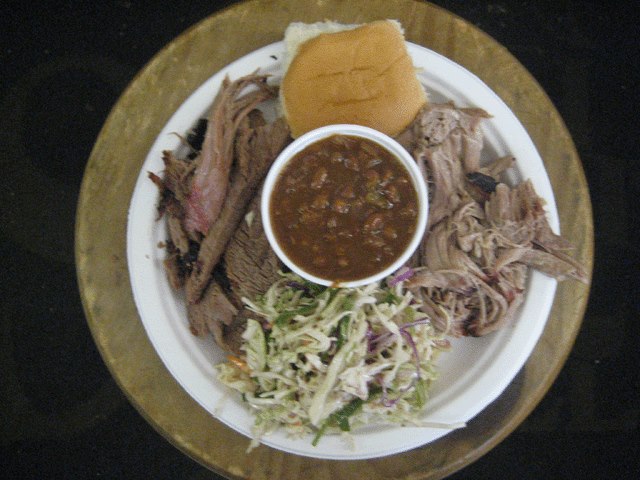 Along with The Joint, Hillbilly Bar-B-Q was one of the first places for folks to score something smoky in the GNO. If you were a fan back in 2005, you'll remember that cinder block-shack they used to call home on Tullulah Avenue in River Ridge. Kentucky-born Larry Wyatt moved the restaurant in 2011 to a much larger space on Hickory Avenue next to the Kamp bar in Harahan. Featuring large portions at a great price, you can get your fill (and then some) of pulled pork, brisket and ribs. But we also recommend visiting Hillbilly Bar-B-Q for their Friday lunch special—an extra thick pork chop with mac 'n' cheese and green beans for only $10.95. 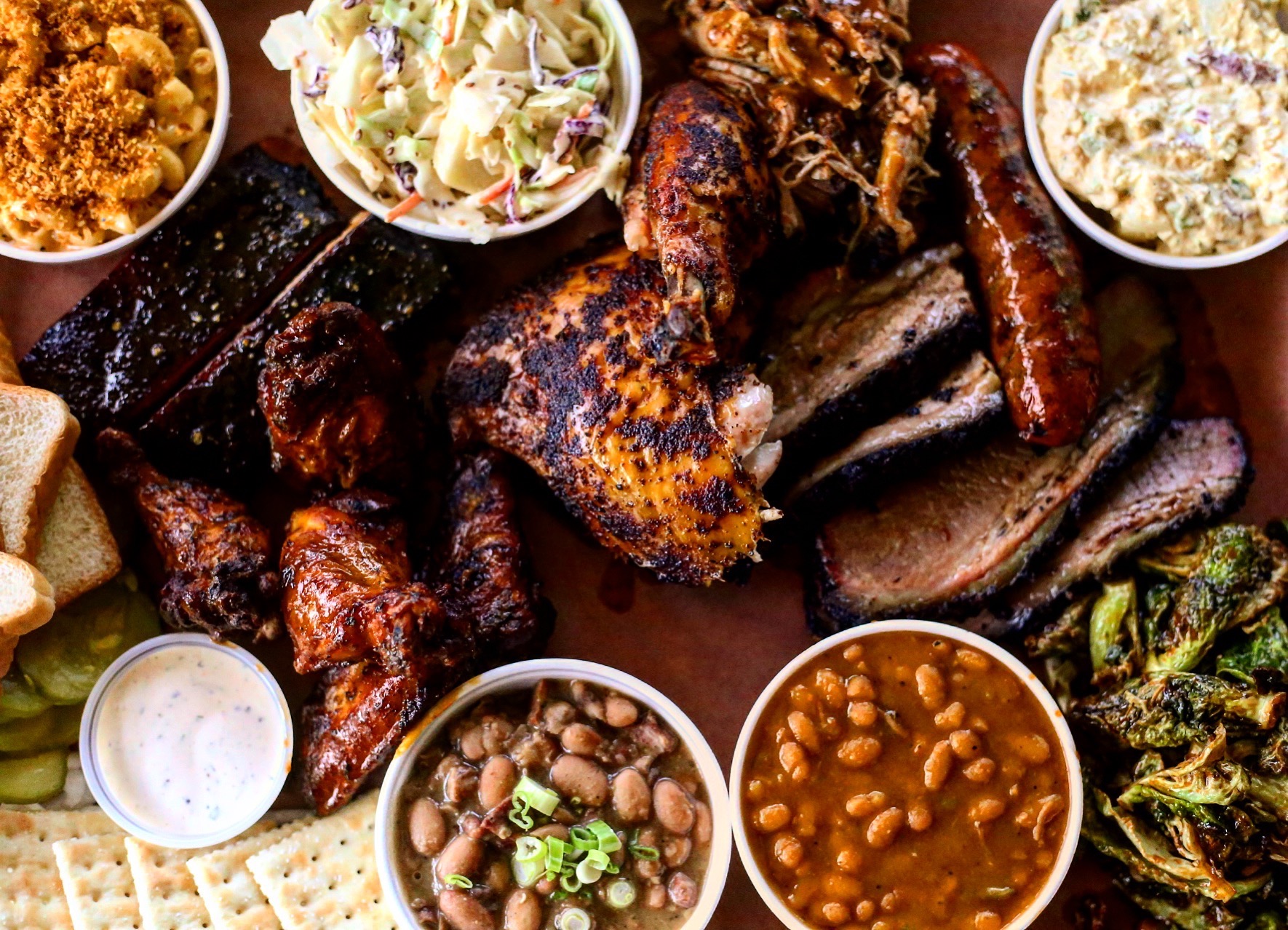 For several years, 'cue entrepreneurs Philip Moseley and Ronnie Evans operated Blue Oak BBQ as a pop-up kitchen inside Grit's Bar and the Canal Street music venue Chickie Wah Wah. Just recently, when the Italian spot Fellini's closed in Mid-City, the duo took their opportunity to have a spot of their very own. Blue Oak BBQ threw open their doors on N. Carrollton less than five months ago and the place has been a-hoppin'. If you can get in the door and find a seat in the small, air-conditioned dining room, luck is already on your side. Their “fresh pit BBQ” features both plates and sandwiches, the latter of which is dressed with slaw, onions, sauce and pickles on a soft, buttery bun. You can opt for the chopped beef, pulled pork or even the house green onion sausage, but we recommend keeping it simple with a stellar smoked chicken leg and thigh. The meat falls off the bone and is so tender and juicy, you might believe you've died and gone to BBQ heaven. The sides are also nothing to sneeze at, like the flavor-packed Garlic Mac 'n' Cheese or Ginger Sesame Slaw. Keep an eye out for the “side of the day”. You might luck out and find a watermelon salad with cucumber and crumbled feta cheese.

Gert Town now has its own smoke to speak of with LA Smokehouse, owned and operated by husband and wife team Daniel and Aubin Wender. Touting deli-style service, the Earhart Boulevard eatery offers meaty plates … as well as po-boys, salads, sandwiches, wraps and a NOLA-inspired slant on grillades and grits, all using their delicious smoked meats plus items like short ribs, BBQ shrimp and boudin. Unlike many barbecue joints, LA Smokehouse's menu expands their smoky goodness into dishes like Pot Luck Gumbo, Ember-Braised Five Pepper Chili, Loaded Fries with “Gumbo Debris” and Southern fried okra. Just trust us when we say this restaurant will warrant many, many trips if you're looking to explore the menu to its fullest. 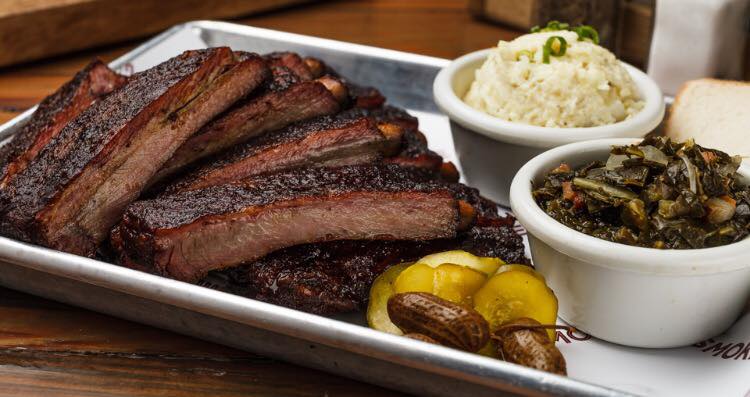 Chef Jeffrey Hansell and his wife Amy, co-owners of Northshore fine dining destination Oxlot 9, opened this second, more low-key restaurant dubbed Smoke just over a year ago. Hansell is honing his smoking skills with pit master (and Oxlot 9 sous chef) Nate Meharg, formerly of Crescent Pie & Sausage and Criollo Restaurant at the Hotel Monteleone. Expect to see plates of pulled chicken and pork, sliced brisket, sausage and ribs … in Smoke's specific seasonings and style. But add to it snacks of fried pickles, cracklins and, for the kiddies (regardless of age), andouille corn dogs. If you're lucky, the coveted “Smokewich” will be on special. It's a wicked combination of brisket, sausage and pimento cheese overflowing the confines of a hamburger bun, the entirety of which is slightly toasted in a hot oven till the cheese oozes over all. One of their root beer floats would wash that down nicely. 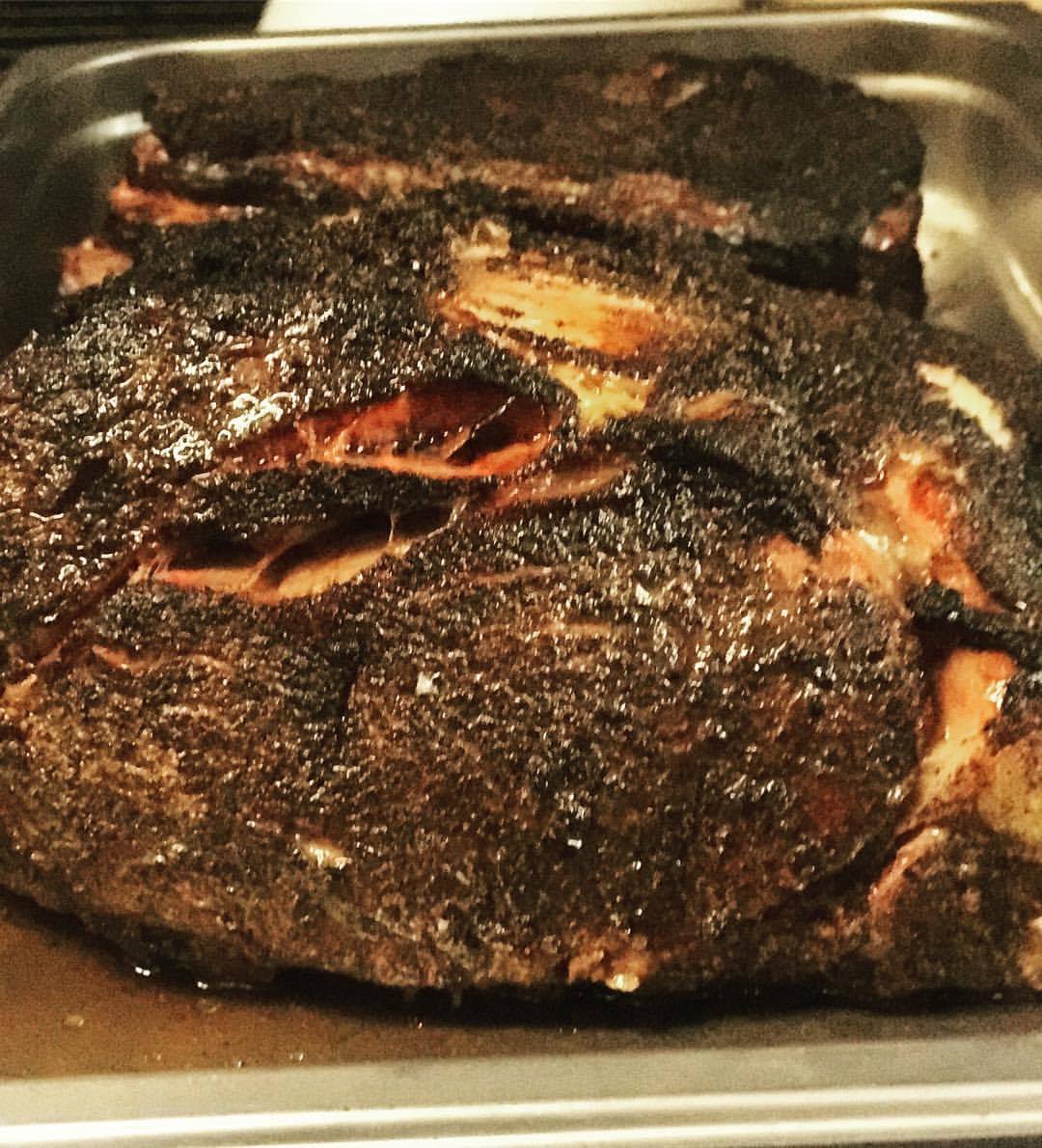 After getting the boot from his own digs at Black Label Icehouse, Damian Brugger didn't miss a beat. Like he did for many years at Miss Mae's, Brugger is still smoking, popping up at places like Side Bar, Barrel Proof and The Courtyard Brewery, slinging what he does best. In the latest news, Brüggers Barbecüe scored a vendor spot at St. Roch Market, hopefully opening this month. Expect things like brisket and Cornish game hen with sides of German potato salad and fire roasted jalapeno slaw. Feast on drunken chicken tacos, smoked red beans and rice, or the most serious slab … a 10-oz. pork chop rubbed with salt and pepper and smoked to the perfect drooling point. 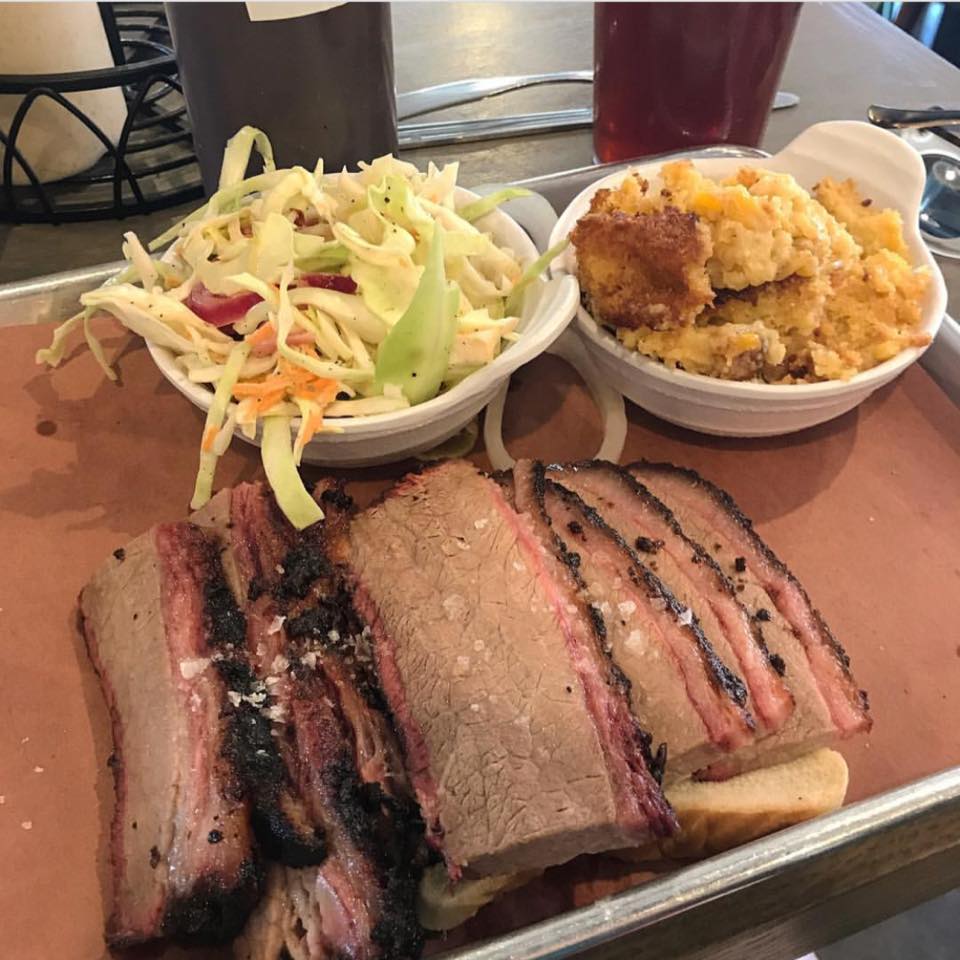 Pitmaster Rob Bechtold and chef/owner of Patois, Aaron Burgau, have joined forces to launch Central City BBQ, a new place for cue on the corner on S. Rampart, with the projected opening date being sometime this month. The team has taken over what used to be a seafood market and plans to offer the same stellar smoked meat Bechtold offered at NOLA Smokehouse, his uber-popular joint on Jackson Avenue that was closed due to family illness. Central City BBQ has already begun catering, but all of us are holding our breath, waiting to inhale the savory scent of smoke near the CL10.

Five Spots to Stick Your Fork into for National Waffle Day

All New Orleanians know that you can never go wrong with Chicken and Waffles. This classic New Orleans staple is loved by tourists coming to experience Southern cuisine, as well as locals looking for a mouthwatering breakfast. The beloved fluffy breakfast should be celebrated all day long for National Waffle Day. On August 24, check out these five local places for some of the best waffles around town!
Ma Momma's Ma...

Don’t Miss Out on the Tammany Taste of Summer

If there's ever a time to visit the Northshore, it's now. The Tammany Taste of Summer event is going on now until August 31 and is featuring a Special Savings Pass, sponsored by the St. Tammany Parish Tourist Commission, which allows locals and visitors to save on overnight stays, restaurants, and attractions. For most people, August means goodbye tan lines and hello textbooks. This, however, could be an opportunity for one last...