NOLA's Cultural Season is Back!

Much to the relief and joy of New Orleans's culture lovers, a new cultural season kicks off this fall after being dark for the past season and a half, due to the ongoing (and, hopefully, soon-to-be-eradicated) COVID-19 pandemic.

Following is a listing, by category, of some of New Orleans's premier presenting organizations offering three or more separate events for the 2021-22 cultural season. (NOTE: All venues listed are in New Orleans unless otherwise noted.)

Die Walküre, Act I (in German, with English translations above the stage)

An Homage to Josephine Baker (in English)

Gala Concert with Members of the New Orleans Opera Chorus

La Boheme (in Italian with English translations above the stage)

Opera performances in the Mahalia Jackson Theater are at 8 p.m. on Fridays and 2:30 p.m. on Sundays.

Opera Creole's 2021-22 schedule was not fully confirmed by deadline. Below is what is known so far:

Performance with New Orleans Opera: From Ida B Wells to Kamala Harris

Production: Either Le Spahi by Lucien Lambert or A Bayou Legend by William Grant Still

Here are some of the highlights of the upcoming season at the Orpheum Theater:

Tank and the Bangas with the LPO

Dvorak Symphony No. 9 From the New World

All concerts are at 7:30 p.m. unless otherwise noted.

The SCNO's 2021-22 season schedule was not finalized by deadline but the known details are as follows:

Performance of Haydn's The Creation

Most of the concerts are preceded by a 30-minute talk and Q&A session.

Concert at the Marigny Opera House

Concert at the Deutsches Haus

Details on these and other concerts will be announced as they are finalized.

For tickets and information, call 504-522-0996 or visit the website. Single tickets may also be purchased through Ticketmaster by calling 1-800-745-3000 or visiting ticketmaster.com. All NOBA performances will be at the Mahalia Jackson Theater.

All performances are at 8 p.m.

Melange will be presenting at least two other dance performances during this cultural season; dates and venues to be announced later.

The House That Will Not Stand

A Night with Janis Joplin

Fly: A Play Inspired by the Tuskegee Airmen

Murder on the Orient Express

I Want My MTV

Pre-sold tickets for canceled shows will be honored. Call the box office at 504-461-9475 or email BoxOffice@RivertownTheaters.com to get credit or order for new shows.

This New Orleans-based ensemble has one production scheduled for 11 performances this fall, with all performances in the New Orleans Museum of Art's Besthoff Sculpture Garden in City Park (weather permitting). Other performances will be scheduled throughout the cultural season and will be announced on the group's website and social media platforms.

Tell it to Me Sweet

There are other performing arts organizations in New Orleans (including those from the universities) whose full schedules were not finalized in time to be included in this listing. Here, listed alphabetically, is a handy list of some of those organizations, along with their websites, on which their schedules might now be posted.

NOTE: Most of these arts organizations also have a presence on Facebook and/or other social media and information can be obtained from these sites as well.

With the recent trials and tribulations brought on by the COVID-19 pandemic and Hurricane Ida, New Orleans has been feeling the wrong kind of dread. Luckily, NOLA's favorite paranormal parade is back and ready to bring us a scary good... 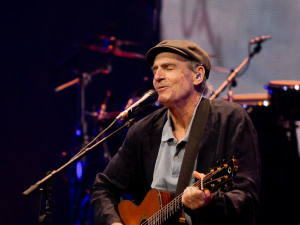 Legends James Taylor and Jackson Browne return to the Big Easy just as the canceled Jazz Fest was slated to wrap up to an excited crowd, eager for a full-blown concert at the Smoothie King Center last Saturday night. Not wanting to keep the fans wanting, Jackson Brown and his band strolled onto stage at 7:30 p.m. sharp. Browne went straight into the show without any introduction or fanfare. While the crowd welcomed many from his... 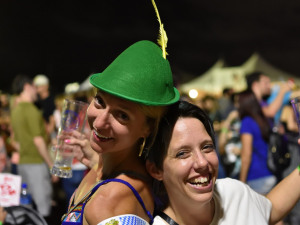 History of Oktoberfest in NOLA

Where can you find beer, pretzels, polka music, German food, and a giant dancing chicken? All are staples of New Orleans Oktoberfest, hosted by the Deutsches Haus, the local German organization with the slogan "The German Presence of the Gulf South." Held for the last few years at the brand new Haus on Moss Street in New Orleans (across from City Park), the Oktoberfest event has relocated a few times in recent history....