In this brave new world of food, where dishes that withstand the rigors of takeout and delivery rule, it's really no surprise that so many local purveyors have jumped on the pizza bandwagon. Even pre-pandemic, pizza has always been the perfect take-home or order-in kind of item. Who remembers going to the pizza parlor with mom to pick up dinner, riding home in the car with the huge, hot pizza box on your lap, aromas rising into your face, making you salivate long before you reach the front door? Even ice cold, leftover pizza from the fridge is a more-than-worthy option for breakfast.

Nostalgia aside, pizza is also an extremely affordable, money-making menu option for the restaurateur or chef, something the industry needs in times like these. Sure, you need stand-out dough and sauce recipes, good cheese, and the appropriate equipment, but once those elements are in place, there's nothing stopping a savvy eatery or cook from putting out the perfect pie.

While there are some folks out there that can easily eat a large pizza all to themselves, most people would be through after two or three slices, depending upon the thickness and style of pie. Luckily, quite a few of the pizza purveyors who are popping up these days offer personal pies, which are not only affordable, but the perfect meal for one, or perhaps two if you add a big salad.

Ernest Quiambao of @onlypanspizza has worked in the restaurant industry his entire life. After hosting at-home pizza parties for friends and family, people encouraged him to open his own pizzeria. His typical response was, "Hell no! I've spent enough time with chefs to know their lives are awful!" Despite his reluctance, a good friend finally convinced him to give it a go. The dough is made with high-gluten flour, salt, and yeast and is cold fermented for two days. After much trial and error, Quiambao's pies resulted in a thicker, chewier crust (rather than thin crust or Neapolitan-style), reflecting his own pizza preferences. While he hopes to open a brick and mortar when he "wins the next Powerball," until then, @onlypanspizza is popping up on Thursdays at Henry's Uptown Bar and Saturdays at The Domino on St. Claude. The prices range between $13 and $15 for a personal-sized, 12" pie.

The Ball brothers, Chris and Michael, are popping up again (when did they ever stop?), but, this time, they're making pies with Chef Todd Bourgeois. Known on Instagram as @doughlimit, the guys are using two portable propane ovens to cook Neapolitan-style pizzas at their regular pop-up spot, the Okay Bar on Port Street. Two special pies are on offer during each pop-up, and their "OG" Margherita always makes an appearance. Unusual specials include a "Frito" pie; pistachio, pesto, and mortadella; Gulf oyster; fig and arugula; and spicy meatball. Stretched by hand, @doughlimit's pizzas are approximately 10-12 inches and range from $14 to $16 each.

If you don't want to stalk an Instagram account to discover the latest pop-up, you can always swing by The Pizza Box at the Pythian Market. Order online or swing by Monday through Saturday for 12" personal-sized pizzas created by Chef Emma Sanchez. Along with a $10 Margherita, other options include the French Funghi with mushrooms and gouda ($12); the Carnival Carnivore featuring coppa and prosciutto ($13); and a Riverbend Ricotta with grana padano and preserved lemon ($12). If you're feeling extra saucy, you can also order a Pizza Party Kit that comes with blanched or raw dough, sauce, cheese and four toppings, all of which makes two personal pizzas for $24.

For some spots, pizza seems like a natural fit. Take for instance Bellegarde Bakery. Located in Hollygrove, Bellegarde is the creation of artisanal miller and baker Graison Gill. Known for its stone milling, in-house whole grain flours and its slow fermentation processes, which preserves the dietary quality of the whole grains, it seems only natural that Bellegarde would produce a superior pizza. The dough, which is made with fresh, stone-milled flour, Avery Island Salt, and Arbequina extra virgin olive oil from San Antonio, goes through a 48-hour fermentation process and the pies are cooked in the bakery's bread oven (electric deck oven) at 600 degrees. Since mid-March, Bellegarde has been offering four different pies—Margherita, Soppressata, Prosciutto, and Marinara—every other Thursday night. None rise over the $20 mark, though tipping and extra sauce will definitely push you over budget. Especially if you can't resist grabbing some freshly baked bread or pastries on your way out.

Generally, most pizza spots offer pies that fall way outside the $20 limit. Even Bywater's popular Pizza Delicious charges $21 for an 18" Margherita, though it does offer plain cheese and pepperoni by the slice. If you have a friend or two, you can check out the pizzas blowing through Mayhew Bakery. Offering 18", thin-crust and Sicilian pan-style pizzas with sourdough-based doughs, some of Mayhew's specials include an arugula and walnut pesto, as well as a three-cheese with ricotta, mozzarella and parmesan. Another new-ish spot that requires company to stay under budget is NOLA Pizza Co., which lives inside the NOLA Brewing Tap Room on Tchoupitoulas. Touting New York-style pies (both round and square), even the 18" cheese pie will set you back $18. But if you bring a friend and split, say, the meatball, peppers, and vodka sauce pie, you'll each have enough dough left over for an ice-cold brew.

[@onlypans] In this brave new world of food, where dishes that withstand the rigors of takeout and delivery rule, it's really no surprise that so many local purveyors have jumped on the pizza bandwagon. Even pre-pandemic,... 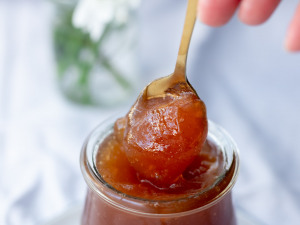 "The rule is, jam to-morrow and jam yesterday—but never jam to-day."
—Lewis Carroll, Through the Looking Glass and What Alice Found There Unlike what this deliciously twisted quote implies, enjoying jams, jellies, and preserves don't have to be an unfulfilled promise. Thanks to nationwide brands like Smuckers and Bonne Maman, we have a sweet bevy of flavors to spread on our morning biscuits, but how do we... 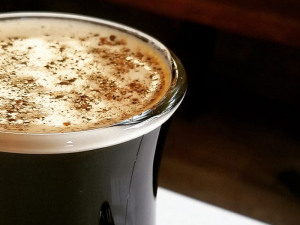 $20 & Under: A Little Warmth and Whiskey

For the greater part of the year, New Orleanians enjoy—or endure—much warmer weather than the rest of the country. From late April to early October, the thermometer will rarely (if ever) dip below 80°, and when you combine that with high levels of humidity, it feels several degrees hotter. As one might imagine, the almost constant heat doesn't tend to encourage regular consumption of hot beverages—after all, even our...