What Needs to Be Done to Prove That Medical Malpractice Occurred

Being hurt or becoming sick as the result of the actions or inactions of a medical professional can be a life-changing experience and one which, thankfully, many of us will never go through. If you are unfortunate enough to experience this, however, it can be hard to know whether you are eligible for some kind of justice or compensation. Many people incorrectly think that any and all mistakes caused by a doctor or hospital are grounds for a lawsuit, but this is not actually true. There are various factors that decide whether a mistake is considered serious enough to be labeled as medical malpractice, and it is important to understand what these factors are and what you can do if you feel like you have been a victim.To help anyone who has become sick or injured as a result of the treatment they received, here is what needs to be done to prove that medical malpractice occurred.

Medical malpractice cases are far from straightforward, so it is very important that you consult with an experienced attorney. This is true for both civilians and military personnel and their families. In recent years, the number of veterans and military dependents who have been making malpractice claims has risen, and by explaining the circumstances of how you believe you were injured as a result of military medical malpractice, the attorney will be able to tell you if you have a case. Your attorney will be realistic about your chances and help you to prepare your case if they believe you have one.

1. The medical professional treated the patient in a way that was different or inferior to the industry-accepted level or standard of care.

2. The treatment which the patient received resulted in injury, illness, or some other harm that was both avoidable and severe.

In order to have a valid case of medical malpractice, you must be able to prove both of these two things.

3. A Typical Case of Medical Malpractice VS Medical Error

To show the defining differences between medical malpractice and medical error, it is possible to look at a typical mistake that may be made by a medical practitioner:

Tom develops a cough and sore throat, which doesn't go away for a few days. He visits his local family doctor to check that it is nothing serious. In the waiting room, Tom is asked to fill out a form with his personal and medical information. In the box which requests his allergies, Tom writes "codeine". After checking Tom, his doctor decides that it is just a bad cold and prescribes Tom lots of rest as well as Tylenol 3 to take care of the symptoms. Tom, never having taken Tylenol 3 before, has no reason to object and so follows the doctor's instructions.

That night, however, Tom develops a fever and starts vomiting all night. What Tom didn't know, and what the doctor overlooked, is that Tylenol 3 contains codeine, which therefore led to Tom having an allergic reaction.

4. Is This Medical Malpractice?

To understand if this case rises to the level of medical malpractice, we must look at each of the deciding factors one at a time, just as you will have to for your case.

1. The medical professional treated the patient in a way that was different or inferior to the industry-accepted level or standard of care.

Clearly, in Tom's case, he was treated in a different or inferior way to how he should have been as no doctor should give codeine to a patient who is allergic to codeine.

2. The treatment which the patient received resulted in injury, illness, or some other harm that was both avoidable and severe.

In Tom's case, this is where his medical malpractice lawsuit would fall apart. While certainly his experience was avoidable, it was not severe. Tom spent one-night vomiting and feeling feverish, but by the next day, he was okay again. The doctor was careless, and perhaps a report can be made to their superior, but the law allows for small mistakes, and so Tom would not be able to sue for medical malpractice.

Becoming ill or sustaining an injury as a result of a medical practitioner's fault can be a horrible situation, but it doesn't always rise to medical malpractice. Speak to an experienced lawyer and look at whether your case fulfills the two determining factors explained in this article in order to prove medical malpractice occurred.

All you tokers out there might want to stick around for this news—it'll surely "lift" you up! Leading cannabis brand Kush Queen is launching a new collection, Swamp Queen, "Spirit of the Bayou." Founder Olivia Alexander's Louisiana roots stem from when she... 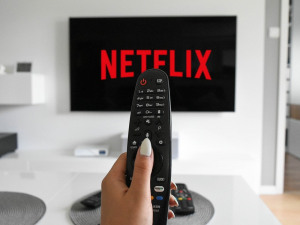 Netflix The increasing demand for content has made video-on-demand extremely competitive, fuelling the rush to secure sought-after titles. Not only new material, but old favourites are on offer. Many subscribers are hungry for these well-known shows, either because they missed them the first time around or they simply want to watch them again. Streaming media was initially for films but soon grew to include popular TV series.All... 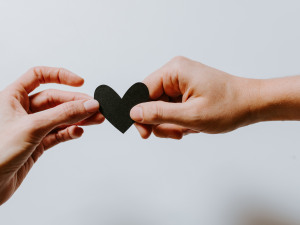 How Do We Choose Each Other?

Why do we choose the one and only from the multitude of potential partners, this particular one, and not someone else? It is a mystery that scientists are trying to solve. Modern research confirms that over the past millennia, our nature has not undergone significant changes. And, choosing a man for a serious relationship, a woman largely gives preference to his social status, while for a man, the key advantages are youth and the physical...