Louisiana is lucky to have two different women in competition for the top spot in Food Network's popular cooking show Holiday Wars. These two contestants, Alexis Graham and Baindu Squire, each represent two different holiday-themed and city-based teams competing against each other to see who can make the best food-related holiday display. Alexis Graham represents Denham Springs with "The Rebelves," and Baindu Squire represents our own New Orleans with the team "Treat Yo Elf." The first show in the Food Network series will be this Sunday, November 1, at 7:00 p.m.

Though she started small with simple hobby-baking for family and the like in her hometown of Denham Springs, Alexis Graham now has nearly a decade of practice under her belt and is a serious contender in the fierce competition that is Food Network. Her three areas of expertise are mini-figures made out of fondant, three-dimensional sculpted cakes, and realistic edible animals.

Founder and owner of her own culinary establishment LadyB's in New Orleans, Baindu Squire is a classically trained chef and another force to be reckoned with among the competitors. As one of the only chefs in her family, Squire found herself working in hotels, fancy restaurants, corporate dining, and other varying establishments before she found her own unique style of cooking and opened up shop in New Orleans.

Both of these women are serious competitors and going for the gold in Holiday Wars; they do the Louisiana culinary scene justice in their continued spirited competition. Hopefully, these two and their teams will find success throughout Food Network's ensuing November season.

The holiday season is a time for celebrating and giving thanks, usually with the accompaniment of good friends, family, food, and libations. Anyone looking to celebrate in more sustainable ways by serving vegan and vegetarian versions of... 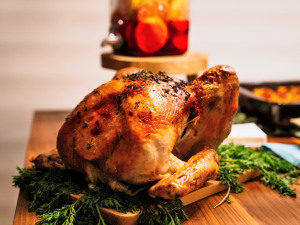 Tips on How to Deep-Fry a Turkey

Deep-frying a turkey for Thanksgiving takes way less time than roasting your turkey. Your deep-fried turkey will taste better and look better. Although frying a turkey can be intimidating, it can also be simple. Here are some tips on how to deep-fry your turkey so that it comes out tasting and looking delicious. Using an electric fryer indoors allows you to more easily give the turkey a... 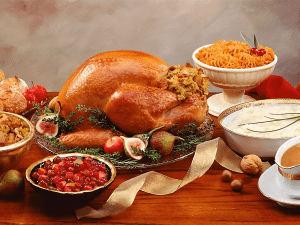 Five Places to Eat Out for Thanksgiving

The holidays are a time when people like to get dressed up and celebrate the year as a family. This year has been an especially stressful year, and the restaurants in the New Orleans community understand that. Allow them to take the stress off your plate so they can fill it with their delicious Thanksgiving meals. Here are five New Orleans favorite classic restaurants where you can spend your holiday,...