Tiger Stadium will now sell beer and wine in its public spaces, according to a university press release.

The SEC recently lifted its ban on alcohol sales, permitting each of its member schools to decide whether or not they would follow suit.

Alcohol is also expected to be made available in public areas of the Pete Maravich Assembly Center and Alex Box Stadium, coming this basketball and baseball seasons, respectively.

"This is all about enhancing the fan experience, responding to the feedback from our fans and doing it responsibly," said LSU athletic director Scott Woodward in the release. "It's a big addition to our events and we believe it will be a positive one overall, but we are going about it with the appropriate mindset and thorough planning."

According to the new release, LSU will sell a variety of domestic and imported beers, in addition to selections of red and white wines.

Concessions near the student section will not sell alcohol. Fans over 21 can purchase no more than two beverages at once, and all alcohol sales will close at the end of the third quarter.

LSU also plans to implement a designated driving program called "Safe Driver Tiger," through which fans can register as a group's safe driver.

Five Fun Ways to Get Fit

Many people tend to groan when someone says, "Hey, let's go work out!" The secret to getting fit is to trick yourself into becoming more and more active—find miniscule and fun ways to add movement to your schedule, and you'll start... 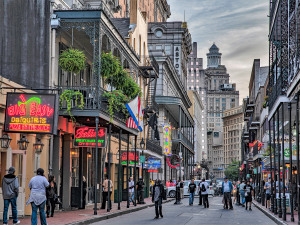 New Orleans will be playing host to a unique bar crawl for all, featuring some of the popular bars on and around Bourbon Street. Crescent City Classic, Crescent City Fitness Foundation, and Michelob Ultra present the 2020 Bourbon Street Barathon. Due to COVID-19, this will be a virtual marathon/bar crawl, but the new safety guidelines give New Orleans an opportunity to make this a nationwide event.... 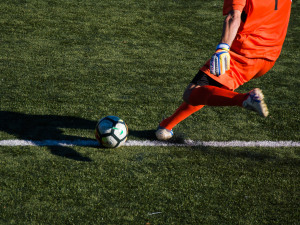 The UEFA, or the Union of European Football Associations, is kind of like the NFL of soccer. Next to the World Cup games, this is the biggest soccer tournament out there. This year is the 65th season of this soccer stand-off, and, following a round-robin-style series of multiple rounds, the teams have now been narrowed down to the best two for this year. On Sunday, August 23, the...