If you're about to embark on a journey to the U.S., chances are your life will change. Things in the U.S. are a bit different than those in other parts of the world. The American culture has changed over the years but is interesting to observe even now. As an international student, you might experience culture shock at first, but that's okay. It's normal, and everyone goes through it.

Since international students make up a big proportion of each American university, you'll be making friends easily and will discover new, exciting cultures quickly. However, you should still immerse yourself in American society. Here's what you should know about it.

1. Brace yourself; you need to talk more

One interesting thing I realized while living in the U.S. is that Americans can talk, and they can talk about anything. If you're traveling to the U.S. by plane, chances are that you'll chitchat quite often. You might have at least three or four conversations by the time you're on American soil. So, as you can tell, not talking can be considered rude.

As an international student, you might not be used to abundant conversations, and that's okay. Most Americans are open to learning about various cultures and traditions around the world. They'll be asking you lots of questions about your country, your culture, and yourself. Remember that this is not rude in the U.S. but quite the opposite; it shows interest and is usually the right thing to do.

College campuses are mostly liberal. You probably don't know what that means, but you'll soon find out. In any case, judgment is not a thing in American culture. So, judging others based on looks, race, gender, sex, etc. is considered discriminatory (as in other parts of the world). So, avoid making comments about people's appearances as much as you can.

Keep an open mind and experience something new each day. Make a new friend, try a new class, have a conversation with a new classmate. Whatever you choose, just keep your mind open and judgments aside. This is crucial if you want to fit in well and make friends easily.

3. Be prepared to spend some money

Yes, American education is expensive, especially if you're coming from a Second- or Third-World country. Costs can be unbearable for most international students, which is why only a small part of them choose to actually take on this journey. If you're not afraid of being broke, then hop on! You can still make money while you're there. All you have to do is to think outside the box.

Take into account that universities in the U.S. are hella expensive and that your classmates might have more money than you could imagine. If you're not intimidated by this, you're all good. However, if your family doesn't have enough money to help you study abroad in the U.S., try applying for scholarships. Universities in the U.S. offer lots of financial aid, especially for international students.

4. Extracurricular activities are a big thing

I'm not sure where you're coming from, but in my home country, people do not place as much emphasis on extracurriculars as they do in the U.S. Academics really aren't everything, and that's absolutely great. Students try out for various sports and can even get paid for it, they join various social clubs, such as sororities or fraternities, and they often engage in volunteering. All of these activities help students broaden their networking circle and prepare for life post-graduation.

5. An essay example on American culture could help

If you're a shy international student, you might need to do some research on American culture. Otherwise, the culture shock might be too much for you. The best thing would be checking out any essay example about American culture at samplius.com to read about other students' experiences. Getting a more thorough perspective on your future student experience cannot hurt. And, in return, you could write an essay when you return to help other students out.

When it comes to food, you've entered paradise. Since the U.S. is a meeting point for hundreds of cultures around the world, the foods are, as you can imagine, very mixed. You can enjoy Ethiopian, Chinese, Japanese, Italian, and German foods all in the same night!

That's why Americans eat out quite often, and their mixed international food is simply amazing. So, prepare to be spending some money on food while you're in the U.S. It's part of your experience.

Yes, you might experience culture shock, and yes, you might be feeling alone at times, but being an international student in the U.S. is an experience you will never forget. So, leave your worries aside and hop on this journey. Trust the process, open your mind, and start applying to those colleges. You can do anything you set your mind to.

Michael Turner is a freelance specialist and IT designer. He works for a popular essay-writing service in the U.S. In his free time, Michael teaches students the art of compassion. 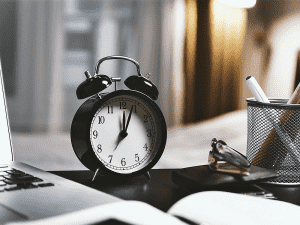 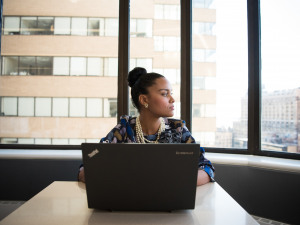