She sang out, hollered, and pitched forth a relentless volley of mews.  I thought no, no, no, absolutely no way can this happen to us. It was Day Two of our new shop’s opening.  No wiggle room for unexpected expenses or distractions.  And yet this unseen creature’s cries were unabated.  The pleas for help came from under the house next door to our cookbook shop.  Boyfriend called to her while making those “come here kitten” clucking sounds that seem to be the universal calling card for cats of all ages. And next thing I knew she came staggering out from under, no taller than a blade of grass, and followed his voice, his coos.  I scooped her up and that was that.  Welcome to our world, Frankie.

It didn’t take long to name this blue-eyed kitten with a set of pipes that Mr. Sinatra would have envied.  I sometimes call her “my little spy girl” in honor of Chief David Montana of the Washitaw Nation whose house next door she was birthed under.  At first we couldn’t believe this mere three-week-old, born to a feral cat community with seemingly no human interaction, would respond to Boyfriend’s voice—but for those first days of her little life she would’ve heard through the floorboards the rich voices of men and women singing and chanting, the evening news, a Saints game—everyday life.  Add to this: McHardey’s Fried Chicken, a mere parking lot away, would fill the air with smells no little kitten could deny—smells better than mother’s milk.  So, Frankie followed her nose and ears to a better life.

Not every little girl kitten has the fight in ‘em to waddle (she was just weeks old) their way from a feral family that, without some intervention, will repeat the cycle of litter after litter of kittens with the promise of short life spans, poor health, hunger and the constant advances of ne’er-do-wells wanting a good time but with no commitment to the welfare of the kits.  And, all is not fun and games for those rover toms—they too, tire of life on the streets.  Constant turf wars, stray dogs with issues of their own and ready to prove something, and cars—oh those cars with no regard to a cat’s right-of-way.

We will never know exactly why she was hell bent on being heard, why she wanted, needed, out.  Did her mother reject her (it happens) or was she merely gone too long searching for food?  Perhaps she was in the process of relocating the litter and left Frankie just long enough for her to become frightened?  And where are the supposed litter mates?  We have since seen Mama Cat and even the Baby Daddy—but no kittens.  A raccoon, dog or the heavy rain storm that week?  Life on the streets is far from glamorous for animals.  And perhaps this is why Boyfriend’s theory makes sense: Frankie’s instinct for survival—she was gonna turn ‘em all in.  Okay, a kitten the size of a flea was too young to have an agenda…but that’s what happened.

Our SPCA has an ambitious and amazing program set up for the catch and release of feral cats.  Using humane traps in over-populated feral feline communities, cats are captured, taken in for spay/neutering, post-surgery monitoring, antibiotics and rabies shots.  Afterwards they are returned to the neighborhoods and lives they’re accustomed to, while returning the favor by culling the abundant herd of rodents we have here.  Feral cats far outnumber the domestic homes available and often are just too wild to become pets. So these cats with their newly tipped ears (this minor clipping identifies them so they are basically left in peace and avoid harassment from the authorities and neighbors) are able to live in their familiar surroundings with their own colony.

So I’ll say, Yes, Frankie was brilliant in throwing herself at us so as to better the lives of her family, her clowder of cats.  No more inbreeding for these crazy cats.  But that was a somewhat foolhardy thing for her to do.  She was still nursing and at that age, a kitten is unable to even eliminate urine or feces on its own—it needs a mother cat or…a surrogate mom.  Welcome to motherhood, Debbie.  I had skillfully avoided the task of birthing and parenting and felt at 62, I was safe.  Ever try nursing a kitten?  They got some teeth on ‘em.  So I quickly learned that a bottle would work as well.  And when the vet told me about how we would have to stimulate her just as her momma would for potty purposes, I about hit the roof…until it was explained in more detail.

Let me tell you, I have a renewed respect for those moms and their 2 a.m. feedings.  I must give Boyfriend credit for most of those wee hours of the morning duties: making certain Frankie’s bottle of formula was warmed just right, the burping rituals and what songs to sing to her.  I will never forget (nor will my child-rearing friends) the day she pooped her best—I was so proud and must have told everyone about it.  I will never roll my eyes at young moms again when they go all enthusiastic about potty training—I will stabilize my eyeballs, sip my wine and nod that knowing nod.  I didn’t wanna get it but a lesson learned is a lesson learned.

Frankie is an unexpected expense, challenge and…joy.  She will rule the roost and our hearts.

When Moses came down from the mountain with those Ten Commandments to give us, he also brought other written instructions: How to Parallel Park a Feisty Camel, Festive Robes for Every Occasion, Getting the Best Seats at the Coliseum, and How to Cook in Desert Climates. I admit... 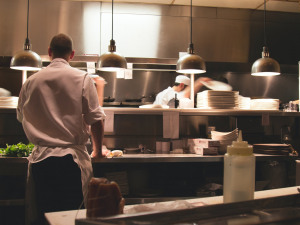 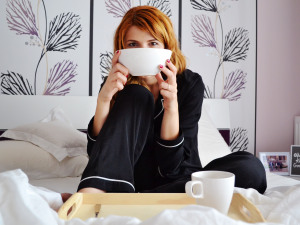 “I Tested Positive”: What It’s Like to Have COVID-19

One college student tells her story of having contracted COVID-19 in the midst of the recent reopenings when many would have us believe that the virus is no longer out there. She is proof that it is, and that we still need to take precautions and protect ourselves in order to stay safe. By the time the second outbreak of the coronavirus arrived, I was honestly not scared or concerned about...