[All photos by Robert Witkowski]

Satchmo Summerfest 2021 party to honor jazz great Louis Armstrong began Friday July 30 with a gala kickoff aboard the new Riverboat Louis Armstrong—the largest riverboat in the region. The celebration continued over the next two days with two stages hosting dozens of performances with tributes to "Pops" with the music and song that he elevated to new levels.

Not coincidentally, Armstrong's birthday is August 4, which makes this 21st Annual Summerfest a 3-day birthday party for all to enjoy! Beyond back-to-back live performances on two stages at the New Orleans Jazz Museum Saturday and Sunday, there were also exhibits of art and memorabilia, along with continuous lectures and presentations by scholars, musicians, authors, and even a playwright staging a musical in Miami for what hopes to be a pre-Broadway run.

Kermit Ruffins wrapped up the party at 8 p.m. on Sunday August 1 with "What a Wonderful World," and an invitation to an after party at Ruffins's Mother-In-Law Lounge steps from Armstrong's birthplace in Tremé. The joy and dancing not only on the grounds of the museum, but the surrounding streets outside the gates clearly demonstrated the love the city holds for its favorite son, and continues to prove Armstrong's hometown is "A Wonderful World," indeed.

Originators of basketball style and skilled athletes of the highest order, The Harlem Globetrotters are teaming up with The National Police Athletic League to support hurricane relief efforts in Louisiana. Harlem Globetrotter's Nate "Big Easy" Lofton is more than ready to put... 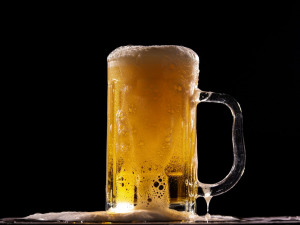 A New Orleans-based brewery wins gold medal for exceptional beer? We'll drink to that! The 2021 U.S. Open Beer Championship awarded Faubourg Brewing Co. a gold medal for their exceptional craft beer. On September 6, gold, silver, and bronze medals were awarded at the U.S. Open Event Center in Oxford, Ohio. Hundreds of breweries nationwide brought their 'A' game for a panel of judges as more than 8,000 beers were blind taste-tested.... 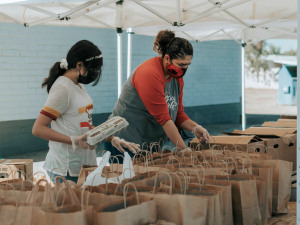 The Rotary Club of New Orleans is co-sponsoring a hot meal and relief supplies giveaway and is need of volunteers to help them. The giveaway is this Sunday, September 19, at Chung's Heavenly Café, located at 607 Belle Terre Blvd. in LaPlace, LA. The club is asking for 10 to 15 volunteers to help with distributing hot meals and donated goods, as well as organizing donations. Anyone looking to volunteer should show up at...