Saints, Tigers, and Bears, Oh My! LSU and New Orleans Hit the Road for Halloween Weekend

Both LSU and the Saints seem to be finally getting on track after roller coaster starts to each of their respective seasons. Can they keep their winning ways alive on the road this weekend?

After a pair of home wins, both the Tigers and Saints are hitting the road for crucial away games this weekend.

Coming off a 52-24 drubbing of South Carolina, LSU is looking for their first winning streak of the season as they battle one of their fiercest rivals in Auburn.

Everything seemed to go right for LSU against the Gamecocks last Saturday: Freshman quarterback TJ Finley had a spectacularly efficient debut under center, the running game finally got its mojo back, the defense didn't give up (too) many big plays, and the Tigers nabbed two non-offensive touchdowns to blast the game open.

Meanwhile, in the Superdome, the Saints, never ones to make it easy on themselves, overcame the absence of receivers Michael Thomas and Emmanuel Sanders to beat a frisky Carolina squad, surviving a near record-breaking field goal to scrape out their third straight win with a 27-24 victory.

Both LSU (2-2) and New Orleans (4-2) seem to be finally getting on track after rollercoaster starts to each of their respective seasons. Can they keep their winning ways alive on the road this weekend?

The TJ Finley era will likely continue this weekend at Auburn. Starting quarterback Myles Brennan is still recovering from a partially torn abdominal muscle injury, and Coach Ed Orgeron does not expect him to play.

Fortunately for LSU, Finley proved an adept backup option last weekend, shining in his collegiate debut. The freshman quarterback threw for an efficient 17-of-21, 265 yards, and two touchdowns and added another score on the ground.

Finley looked like a poised veteran on the field, guiding the Tigers on lengthy drives, throwing darts around to several receivers, and shaking off, with ease, what few mistakes he made.

The rest of the Tiger offense executed their most complete game of the season, taking the pressure off Finley by rushing for 276 yards, nearly as many yards as the previous three games combined. The defense kept South Carolina out of the endzone more times than not and added a pick six of their own, while Trey Palmer returned LSU's first kickoff return for a touchdown since 1981, in the third quarter, to help put the game out of reach.

Anytime LSU gets two non-offensive touchdowns, they're having a great game.

The Tigers will try to capture their third win of the season against Auburn (3-2) this Saturday in what has become a pivotal game of the 2020 campaign. An LSU win means a 3-2 record heading into a bye week before Alabama comes to town in mid-November. A loss could be devastating to LSU's hopes of achieving a winning record this year.

The annual battle against Auburn seems to always come down to the wire, with LSU winning the last three contests by four points or less.

Auburn is living on a prayer this season, having won two of the last three games on controversial late game no-calls.

The Barners are led by sophomore quarterback Bo Nix, whose topsy-turvy season is likely taking years off of Auburn fans' lives. Nix started out the season strong, with a 233-yard, three-touchdown performance in a victory over Kentucky. Since then, he's thrown just three touchdowns in Auburn's last four games and has been intercepted four times, including three against South Carolina. Nix is coming off arguably his most complete game of the season last week, completing over 76 percent of his passes for 238 yards and two total touchdowns. Auburn supporters know all too well, however, that you can never predict which Bo Nix will show up on any given Saturday.

Lately, the Tigers have ridden the hot hand of freshman running back Tank Bigsby. After rushing for just 46 yards in Auburn's first two games, Bigsby has begun to bulldoze opposing defenses, averaging over 128 yards and a touchdown in their last three contests.

The Auburn offense has big play ability but can't always execute effectively. Defensively, LSU still has plenty to prove, but if the Tigers can rattle Nix early, it could be a long day for the sophomore quarterback.

Defensively, this is not the vaunted unit the SEC is accustomed to facing. Auburn is giving up an average of 400 yards and over 25 points per game to opponents. LSU's high-powered offense is averaging over 485 yards and 42 points per game. Something's got to give.

Look for Auburn linebackers Zakoby McClain and Owen Pappoe to try and stifle LSU's emerging running game and make life much more uncomfortable for TJ Finley in his second start. In the secondary, defensive back Roger McCreary will try to slow down LSU receiver Terrace Marshall and the bevy of targets the Tigers spread the ball to each game.

LSU is 7-7-1 all-time in Halloween games, but the Tigers don't need any tricks to pick up a treat against Auburn. Play complete, team football, limit the big plays on defense. And run. The. Ball.

Survive and advance. That's the name of the game right now for Drew Brees and the Saints, who are riding a three-game winning streak with some razor-thin victories as they keep stacking Ws, trying to keep pace with Tampa Bay atop the NFC South.

After playing all of their games indoors this year, New Orleans heads up to Chicago this Sunday for their chilliest game of the season, where temperatures are expected to be in the mid-to-high 30s all game.

Brees is coming off one of his best games of the season, completing over 80 percent of his passes for 287 yards and two touchdowns, without receivers Michael Thomas or Emmanuel Sanders, against the Panthers. Sanders, who tested positive for COVID prior to last week's game, will miss his second consecutive game.

As for Thomas, at this point, who knows? Injury and suspension have kept the star receiver sidelined since week one, and although he returned to practice late this week, I'll believe he's playing when I see it. Hopefully, I see it, because Thomas's return would be a massive boost for the Saints offense.

If Thomas can't go, it's up to running back Alvin Kamara to continue his offensive wizardry. Kamara leads the Saints in rushing and receiving through six games, but the rest of New Orleans's offensive supporting cast has answered the call in the absence of Thomas and Sanders. Expect to see receivers Tre'Quan Smith or Marquez Callaway have solid games with a solid dose of running back Latavius Murray, tight end Jared Cook, and do-it-all offensive weapon Taysom Hill adding a dash of pizazz at some point.

The Bears (5-2) have one of the better defenses in the NFL, and their five wins have come largely thanks to defensive prowess, not offensive fireworks.

Nick Foles took over the quarterback job from Mitch Trubisky mid-season and has since tossed six touchdowns and six interceptions. He's a mediocre quarterback who has shown flashes of brilliance throughout his career, but that hasn't been the case as much this season.

It's a great matchup for the struggling Saints secondary, who have given up the most passing touchdowns in the NFL so far this year. Despite the plethora of touchdowns, the Saints' passing defense still ranks near the middle of the pack in the league.

Plenty of those passing touchdowns have gone to tight ends, as the Saints have allowed opposing tight ends to score in every game this season. Unfortunately for New Orleans, former Saint Jimmy Graham is the opposing tight end this week, and he leads the Bears in touchdown catches with four.

Another intriguing matchup to watch is Chicago's star receiver Allen Robinson II against New Orleans's cornerback Marshon Lattimore. With 70 catches for over 540 yards and two touchdowns, Robinson has big play potential—when Foles can actually get him the ball.

Chicago has struggled to get its running game going this season. Running back David Montgomery has rushed for over 50 yards just three times, capping out at 82 yards in week two. Montgomery scored the lone rushing touchdown by a Bears running back three weeks ago, with Foles recording the team's only other score on the ground.

This should have the fourth-ranked Saints' rushing defense licking their chops. Limit Chicago's subpar rushing attack and force Foles to beat you with his arm. Cam Jordan and the Saints front seven have to like those odds.

Sunday's game has all the makings of a cold, ugly, grind-it-out contest between two NFC playoff hopefuls. Weather, and Foles's ineptitude, could keep this game a low-scoring affair, but the Saints should have just enough offensive firepower to capture their fourth straight. And if Thomas suits up, watch out. 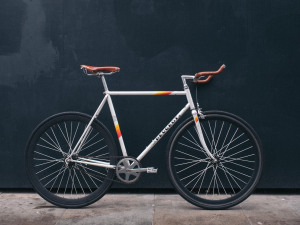 About 20 minutes outside of New Orleans, you'll find nearly three miles of road-course at North America's largest completely lit karting facility. This racetrack, NOLA Motorsports Park, located at 11075 Nicolle Blvd. in Avondale, La., is the premier place in the Greater New Orleans area for go-karters and cyclists alike to ride around unencumbered by traffic and other hazards. Throughout the summer, NOLA Motorsports Park will be... 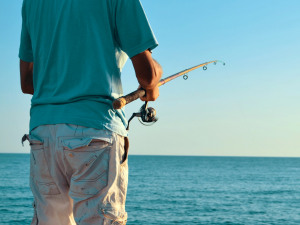