Okay, I'm no personage of importance, knowledge or authority; in fact, the older I get, the less that people want my opinion or wisdom of experience. I also only know the basics of history, but I do possess degrees in sensitivity and logic from the School of Hard Knocks. So be it. Here goes, and I'll say this in bold: "DO NOT TEAR DOWN THE CLAIBORNE OVERPASS!!!" The back story of that two-and-a-half-mile carbuncle is that over 50 years ago, big government was giving away butt loads of money to cities to promote roads and bridge construction, and New Orleans wanted its share of the booty.

At that time, a plan for a highway connection for our interstate had its proposal resurrected; in fact, there were two plans: one plan had an overpass hugging the river, going through the historic French Quarter, and the other would dissect the historic Treme neighborhood. This was way before we had our first Black mayor (Ernest 'Dutch' Morial, 1978-1986). In 1965 to 66, we made a deal with the devil; while the African Americans of the Treme neighborhood were focusing on civil rights, the white "historic preservationalists" surreptitiously argued against ruining the Quarter with construction which would take up to three years. In fact, I'm told that at one time both plans were floated to occur, but one had to be decided on and guess which one did? The residents of the Treme had no idea of their screwing until the first bulldozers appeared to plow down the hundred year old oaks that lined the street. While the French Quarter remained sacrosanct, the Treme was eviscerated, cut in two like a grilled cheese sandwich. Needless to say, the Quarter flourished, while Claiborne Avenue, in all its history, commerce, and traditions, faded like denim.

Now big government is giving away more money, and we have contractors and construction companies salivating at the thought of getting some of that booty. Well I say: "TURN IT INTO GREEN SPACE!" Why not? Think of how long, how much of a mess, and how much environmental impact tearing that monster down will have on that area; look at the examples of the Napoleon and Louisiana Avenue digs that took years. Look how it took about a year and a half for us to get one body from the Hard Rock site and then more months to tear THAT sucker down. Look at the conditions of our existing streets and tell me if that money couldn't be spent better on your block. Now think of how bike paths, greenery, walkways, mini-theaters, playgrounds, music venues, food kiosks (above AND below) and access for Indians and second lines to really parade could impact that panoramic structure; think of the greenery that it would encourage. For every dismissal of this idea, there is a positive rebuttal and the nay saying falls flat when answered with, "WHY NOT?" Hard to get to? No, we have overpasses that challenge bike riders as much (consider the access to Crescent Park, the bridge climbs on Wisner and/or Broad Street). Hasn't been done? New York City's High Line is an example and Google cites 18 urban projects like that: Chicago, Atlanta Toronto, Rotterdam, and damn Paris even! Is the space too wide? How about some tennis courts, exercise fields, or children learning agriculture projects?

I was in San Francisco when the highway running along the waterfront was torn down; it took years and destroyed businesses and housing, and I foresee that it will do the same here. I predict a failure of marketable real estate, only to be replaced by a repurposing that will put the final nail into the coffin of America's first African American community. What do you suppose will happen to Circle Foods or the Mother In Law Lounge or other businesses and housing for the Black community that have weathered the gas fumes and noise? And where are you gonna put all that damn debris? Landfill it? Once again, I'm no expert on these types of things; however, don't you think that instead of putting our people to work destroying and hauling two and a half miles of construction detritus to the dump, we employ them as gardeners and builders of an elevated green space to be enjoyed by residents and visitors alike? Community groups would love a chance to put a thumb print on this newer, saner, alternative to the chaos and noise of demolition; wouldn't you? So, what can we do? How can we work this? How about this: call 311 and/or City Hall and tell the mayor that you are for the Claiborne Green Space plan and then get (at least) two more people to do the same. Tell these two (or more) people to each get two more people to call and tell two more people etc., etc. With this geometrical sequence, in two weeks, we would have 32,768 callers and that might get some attention, and all we have to do is each get two people to call. I mean, if this isn't an infrastructure project, then what is and why not? And if we don't, we abet a graveyard instead of a playground. Think about it. Talk about it. Share and expand.

Zulu Hosting Back to School Giveaway and More Events

The summer may be coming to an end soon, but that just means the time has come for the Zulu Back to School Giveaway hosted by the Zulu Social Aid & Pleasure Club, Inc. This is one of three events coming soon as part of Zulu's continuing effort to support the New... 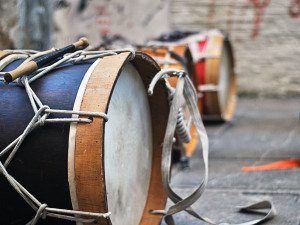 You may know Academy Award-nominated Andy García from his roles in The Godfather Part III and the Ocean's Eleven series or as an acclaimed director and producer, but many also know him as an accomplished percussionist. García will be in New Orleans this August, not to film a major motion picture, but to perform at an evening benefiting Loyola University New Orleans. "Andy García," Image Provided by Loyola University New... 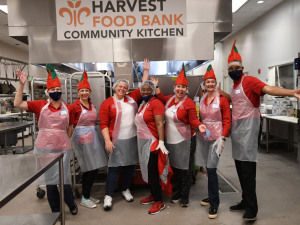 The New Orleans Ernest N. Morial Convention Center recently hosted a Christmas-themed volunteer event with Second Harvest Food Bank. Dressed up as elves, ten volunteers from the convention center met at Second Harvest where they assembled 1,300 hot meals. The meals were then delivered and passed out by Santa to the Boys and Girls Club of Gretna. Photo Courtesy of NOLA ChristmasFest The Boys and Girls Club of Gretna is...