Since its founding in 2013, Pensacon has been downtown Pensacola, FL's niche pop culture convention for fans of comics, gaming, anime, fantasy, sci-fi, and horror. Currently, Pensacon's website has a countdown. Those slippery seconds tick down constantly on the kinetic flip clock. This countdown is accompanied by an embedded YouTube video titled "Pensacon Rescheduled Dates!"

Press play on the special announcement video, and Mike Ensley and Jason David Frank appear. The two stand against a blue pegboard wall with comic issues of Bloodshot and Saban's Go Go Power Rangers displayed on the racks behind them. Both men wear fabric masks as they talk to each other — or maybe they're talking to the camera. They definitely aren't facing each other for this conversation. Cutting straight to the chase (the entire video is only 49 seconds long), Ensley, the CEO and founder of Pensacon, says the rescheduled dates for the 2021 convention will be for May 21-23.

"Join us out there. It's going to be a great time, I'm telling you, man. Getting back normal, it's going to be cool. We do have some guidelines we're going to follow; we're going to make sure everyone's safe. I'm so excited," Jason David Frank, gesturing emphatically with his hands, said. Frank, known for his role in the '90s Power Rangers series, as well as for his career as a professional mixed martial artist, is one of the celebrity guests scheduled to appear at this year's Pensacon.

In January, Pensacon announced the convention would be postponed. A Pensacola News Journal article about the decision quotes Ensley in saying the choice to postpone was "definitely because of the COVID spike. And it's not just here. There's a huge COVID spike happening in Los Angeles where the majority of our (celebrity) guests come from." PNJ reporter Jake Newby noted that Ensley and other Pensacon organizers were encouraged to move forward with events in the ongoing COVID-19 pandemic after HalloweenFest on October 31, 2020.

After decades of being underground, comic book conventions like Pensacon have finally gone mainstream. In this new nerd-friendly climate, where Marvel Cinematic Universe movies are consistently among the biggest blockbusters of any given year, comic cons might've been bigger than ever — if it weren't for the COVID-19 pandemic. Instead of soaring in popularity, the Anime Convention Schedule list on animecons.com shows that Unicon in Las Vegas was postponed. Indianapolis's Crossroads has been canceled. Baltimore made Retrievercon virtual. Pensacon is among the many conventions with a yellow "postponed" tag on the website's list.

Pensacon will go on, but according to their rescheduled dates press release, "Attendees will be required to wear face coverings while on all Pensacon grounds and within all Pensacon venues, outside of designated, distanced eating spaces." When Jason David Frank says this convention will be "getting back to normal," he means a normal where "among other precautions, hand-sanitizing stations will be set up throughout the convention and social distancing policies, including seating/capacity limitations at some venues, will be employed." It's now also normal for an event to mention things like, "Pensacon encourages everyone to get vaccinated against COVID-19 as soon as a vaccine is available to them."

Last month, an IGN article explored the uncertain future for comic cons. "A big concern for organizers and attendees is how comic conventions address overcrowding in the wake of the pandemic. Cons by nature are almost antithetical to the idea of safe social distancing," Mike Avilia, writer of said IGN article, noted. Pensacon, in their decision to go forward into the altered landscape, marks itself as a comic con willing to head into the unknown. It's an unknown that has IGN and countless fans wondering what large-scale events can look like in a COVD-19 world. With Pensacon, they won't have to wait long. 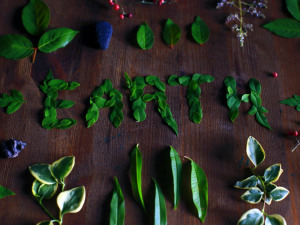 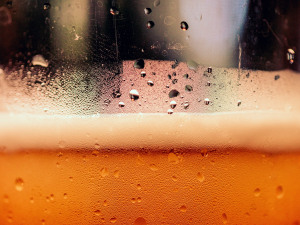