The night of April 4, 1968, I was working as a bartender at The Village Gate in Greenwich Village in New York City, at a show called Jacques Brel Is Alive and Well and Living in Paris. It was a stunning performance, and the audience was rapt with attention and appreciation. At the end of the show, one of the performers (I think it was Mort Shuman) came out to announce that Martin Luther King Jr. had been shot and had died in Memphis. At that point, the cast came out holding hands and sang Brel's "If We Only Have Love."

That night, in the back-bar area, I heard some waiters joking about how they were going to go out later and "go looting." I was surprised, because these were grown men, and not a word of grief was spoken by them. They seemed more like giddy children going off on a lark. The next day, I went on my first protest march along Fifth Avenue, along with thousands of other mourners. Fights broke out, the police broke up skirmishes, but, by and large, it was mostly peaceful.

We marched because we believed in MLK Jr.'s message and mourned the blatant mentality of racism in America. We were against that and war and inequality and hunger. We wanted peace and prosperity. We had President Lyndon Johnson who would be defeated by Richard Nixon in the fall. We wanted peace and quiet; they gave us law and order. Stop me if you've heard this before.

In the next decades, I marched and protested bombings and killings and inequities, from My Lai and Kent State to the offense of having a homophobic misogynist voted into our highest office, for the rights of women and the persons of fluid sexual identities. And now, once again, I express outrage at another unjustified killing of yet another black man by a white police officer.

In recent years, I would go to rallies, not because I thought that anything was really going to change, but, jokingly, I would tell people that I'd go to get my photo updated by the government photographers, who surely have been recording me through the years. I've never gotten combative or violent, never taken anything that wasn't mine or freely given—not even after Katrina, when the whole city of New Orleans was being raped by, it seemed, everyone but myself and my peer group.

I and my peer group—comprised of young and old and across all ethnic and sexual backgrounds—understand frustration, rage, helplessness, impotence, anger, and the very real sadness that horrible things continue to happen to good and innocent people. We've lived with it these past 50-something years since waking up to it; like-minded people have been protesting over inequities for centuries. We fumed that there was no Bureau of Happy Endings able to answer prayers, and somewhere in the years of protesting, our optimism concerning change for the better waned. Nevertheless, we kept showing up, seeking a just God, seeking closure. Now, 2020: Maybe this time, a change will come. It's been a long time coming. Centuries.

From Emmett Till to Michael Brown, from lynchings to bombings and shootings all across the country, systemic bias, prejudice, and racism is and has been alive, well, and real—against all hues of color and gender, but especially when it comes to minorities, women, and the poor and educationally deprived. Here in New Orleans, for example, we go to great lengths to epitomize the nobility of our hospitality workers when, in fact, the restaurant industry is a blatant example of plantation mentality that has flourished, been perpetuated, and continues into the 21st century.

This plantation business model is not new in America or the world, nor is it exclusive to restaurants. It crosses all employment and business demographics and stems from the marriage of the twin miscreants of unbridled greed and the addictive nature of power, who stroll hand-in-hand down paths of righteousness and privilege. They control those who are kept below a higher standard of living by keeping a lid on opportunity—for what constitutes the majority of the earth's population. There are still slaveholders, and there are still slaves. The lower classes are kept down by systemically having to make do with less, and by way of insufficient education, substandard health care, wage inequality, overzealous incarcerations, financial bias, and poor living conditions, they perpetuate that situation for their children's children. Lower standards of living lead to cultural genocide, civil disobedience, and an honest disrespect (and suspicion) of the authority that is placed to keep poorer people in their place under the guise of "protection and service." It is nothing more than a subliminal form of modern-day slavery. Those oppressed in these manners are indeed referred to as "those people."

Religion is another way of promising the good, conforming, and accepting parishioner to a reward after death—God's mysterious system of punishment and reward. Prisons are in place to punish here on Earth. In life, the persons in charge are allowed the godlike privilege of oppressing men, women, and children, by treating them as one would a lesser animal, allowed life but not a future. God promises redemption and reward, pie in the sky, and to hell you'll go if you don't turn the other cheek.

November 19, 1863, Lincoln gave what is called the Gettysburg Address and told us that this country was "conceived in liberty and dedicated to the proposition that all men are created equal…" He told us that we have "unfinished work" to dedicate ourselves to. When was the last time that you read those words—those words that are being echoed today? Those words are the glue that holds us together, and those who do not, have not listened to them and taken those words to heart are enemies of those words. Do I really have to tell you this? That's why we marched on April 5, 1968, and that's why we're still marching. 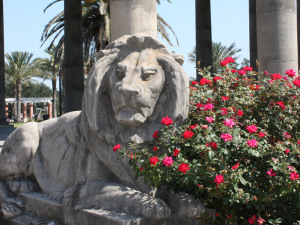 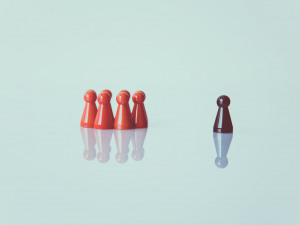