There are over a million people who attend Mardi Gras each year. Among the attendees are hundreds of thousands of visitors who come to stroll along Bourbon Street, Canal Street, and St. Charles Avenue. They come to watch the ornamented floats while collecting as many beads, cups, and signature throws as possible. Most of the city’s tourists limit themselves to the downtown French Quarter festivities and Uptown parade routes. But, for a while now, Jefferson Parish’s Mardi Gras has become a big hit, especially for people with children.

Deemed a more family-friendly version, Mardi Gras in Jefferson Parish began several decades ago with its first parade held on Metairie Road. The celebration started with three routes that eventually combined into one main route that goes from Clearview Parkway and heads east along Veterans Memorial Boulevard to the residential area of Bonnabel.

Over the years, Jefferson Parish has faced several ups and downs, losing nine parades in the last 15 years and being marked as having a number of only-one-that-day parades—unlike Orleans Parish, where parades have become so numerous and so back-to-back that there’s no room for more.

In an effort to attract more people to the parades in Jefferson Parish, officials took advantage of the area’s family-friendly reputation by creating “Family Gras,” a free concert event held the weekend before Mardi Gras Day, with festivities that happen before, during, and after the parades. Started in 2007, Family Gras opened their first year with about 10,000 guests. Since then, the event has grown tremendously. Yet while Family Gras is a success year after year, it seems that it isn’t enough to keep Metairie’s Carnival season vibrant and filled with enough krewes and parades for its growing guests.

In fact, Jefferson Parish’s Mardi Gras became local headline news in 2018 after krewe captains and parish officials decided to make some changes to not only boost crowds, but also to keep the festival enjoyable and safe for families. While there have been mixed reviews on these changes, there seems to be little choice about putting such changes in place. Though the number of parades has begun to dwindle, Family Gras continues to grow—ultimately outgrowing its most recent location. After several highly successful years with over 100,000 attendees at Family Gras, Jefferson Parish struggled to figure out exactly where to put these growing masses.

In 2019, Clearview Shopping Center will become the primary location for the new, bigger, and better Family Gras. The new location, originally where the floats loaded and lined up, has enough space to hold everyone and is a safer option. The move could be the first step toward creating a Mardi Gras celebration almost as big as the one held in Orleans Parish.

Metairie officials are also changing up the parade routes in hopes of reinventing their Mardi Gras. If the festivities are to be at Clearview Shopping Center, then why not have the option to end the parades there? The reverse route, starting at Bonnabel and ending at the shopping center, will be a finale—the icing on top of an already good time, a big extravaganza for krewe members and patrons to enjoy together.

Other changes have been made to create a more buzzing Carnival season. Along with new locations and route changes, officials are hoping that the Metairie celebration will become more appealing to participants seeking a family-friendly destination for their parades and krewes. Lessening the number of marching band requirements is one rule put into place, hopefully opening the opportunity up to some first-time bands and krewes that will become long-standing. And with more parades flowing back-to-back, more patrons will attend.

With Carnival season here and Mardi Gras Day around the corner, Jefferson Parish seems to be doing whatever it takes to keep a good thing going. A new Family Gras location and a new route option are coming, and naysayers seem to have quieted down. Hopefully, these are the tricks they need to make the festivities bigger and better. As the saying goes, “It’s never too late to start with a clean slate.”

The Dutch Alley Artists' Co-Op began 17 years ago with four artists who wanted to find a space where creators could show and sell their work without assistance from a gallery, which often takes up to 50 percent of the profits. After fewer than two years in... 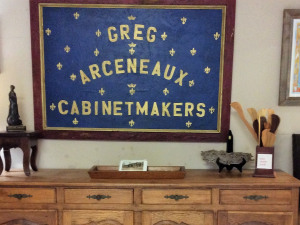