Mardi Gras: one of the most celebratory, highly anticipated holidays in the calendar year of a New Orleans resident. It means food, friends, floats, and fun—not to mention the prized throws that we compete for and even bend over backwards to obtain; it’s the absolute best time of the year for anyone who calls him- or herself a New Orleanian. That is, in most cases. Believe it or not, there is a growing tradition among area individuals to spend Fat Tuesday elsewhere. For people who have had their fill of parading or those who just want to take a break from the crowds and festivities, the states of Louisiana and Mississippi are collectively home to some of the most exciting and accessible day-trips for unmatched family fun.

If you are, in fact, looking to get away, then fill the car with some cold drinks and snacks and check out one of these tried-and-true Fat-Tuesday alternatives: 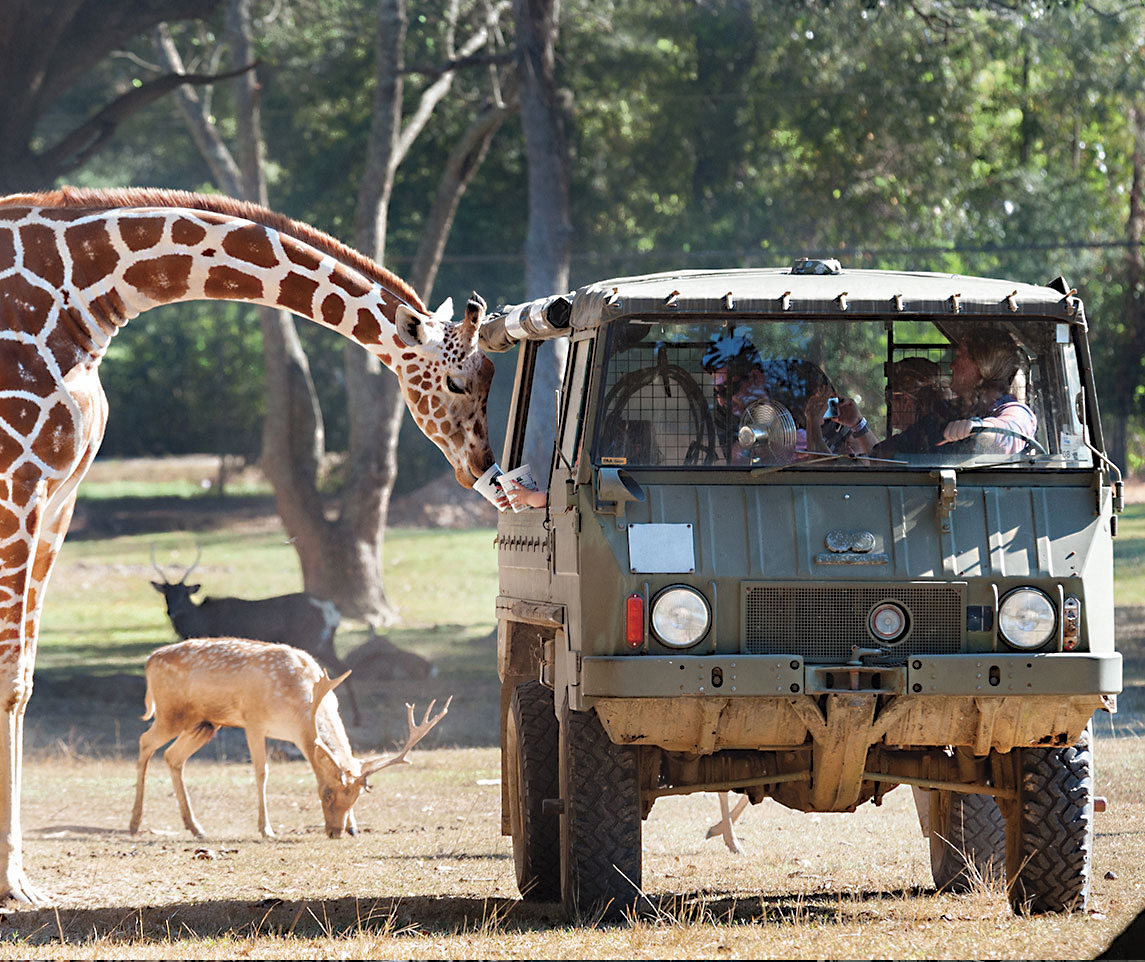 1. Global Wildlife Center: Open seven days a week, this interactive alternative to the zoo (pictured left) just happens to be the largest free-roaming wildlife preserve in the entire U.S.! Doubling for Africa, the glorious wilderness of Folsom, Louisiana, is located just 90 minutes north of New Orleans and is home to over 4,000 friendly animals. Giraffes, camels, zebras, and bison are just a few of the creatures that will get up-close and personal with tour guests for those tasty little pellets sold at the gift shop. I recommend the (huge) family bucket for $30, because feeding animals never gets old, and you will hate yourself if you only purchase the $2 Mardi Gras-sized cup of feed that will most certainly run out five minutes into the 75-minute tour. Tickets to the safari wagon are $19 for adults, $17 for seniors, $13 for children ages two through 11, and free for children under one year old. Be sure to visit globalwildlife.com for up-to-date tour times. 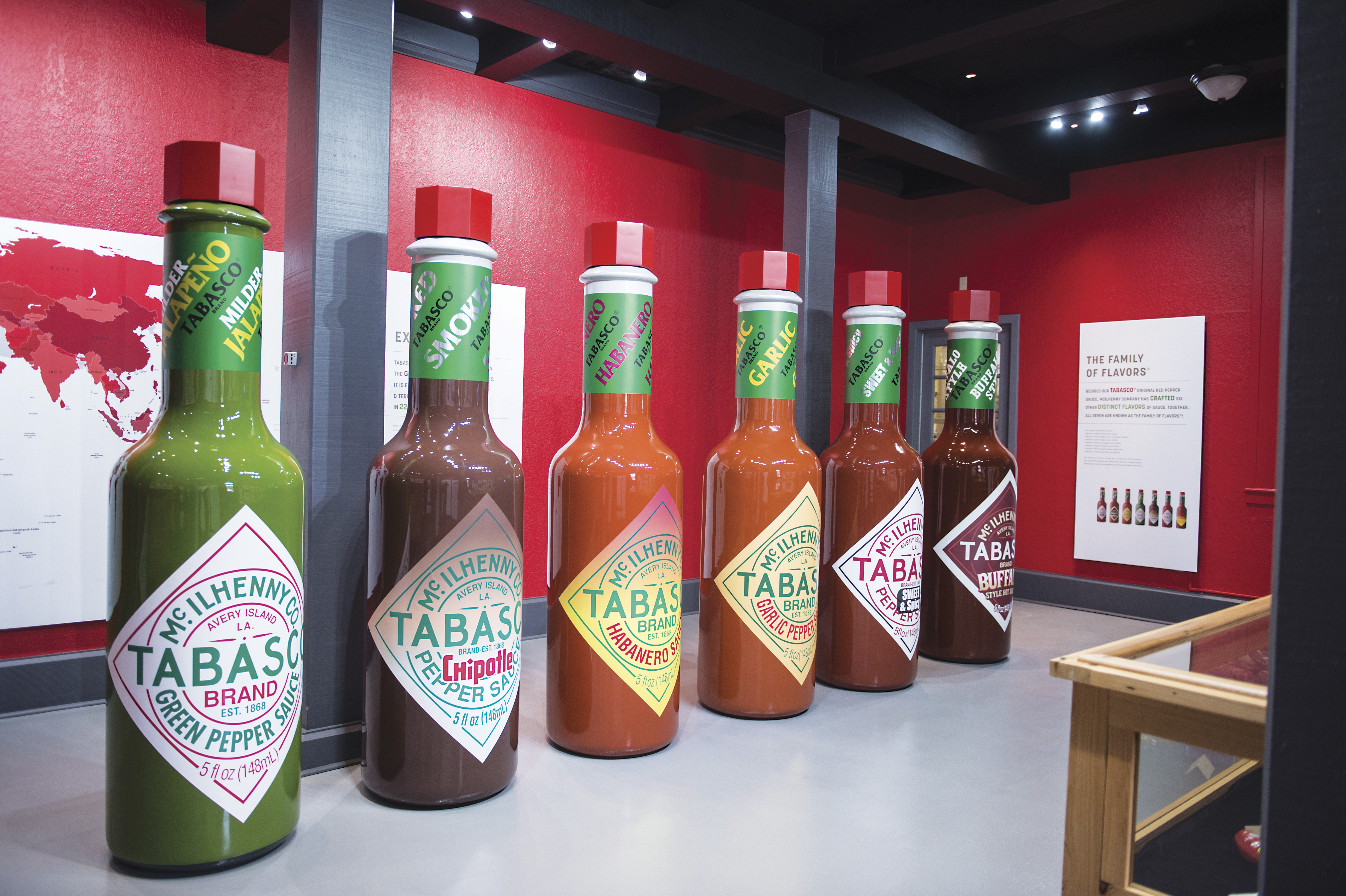 2. Tabasco Factory Tour & Museum: Located 138 miles west of the Crescent City is Avery Island, the home of Louisiana’s world-famous Tabasco sauce. For just $5.50 a person (kids aged four and under, free), learn all about Edmund McIlhenny’s vision for a spicy yet delicious condiment that would be cultivated from the island’s salt mines and abundant chili peppers. Along with vinegar, the result was the nation’s first recognizable hot sauce, one that incidentally just celebrated its 150th anniversary. Sample Tabasco-flavored soda and ice cream in the museum and then head on over to their restaurant to dine on some delectable fare, such as the Pepper Barrel Crawfish Etouffée, Home-Style 7-Spice Chili, or Avery Island Red Beans & Sausage. Of course, each dish is expertly seasoned with that unmistakable Tabasco flavor. While on Avery Island, do yourself a favor and visit Jungle Gardens, a beautiful 170-acre botanical garden that also functions as a bird sanctuary and contains an astonishing 900-year-old statue of Buddha. Tickets are $8 for adults and $5 for children under 12. 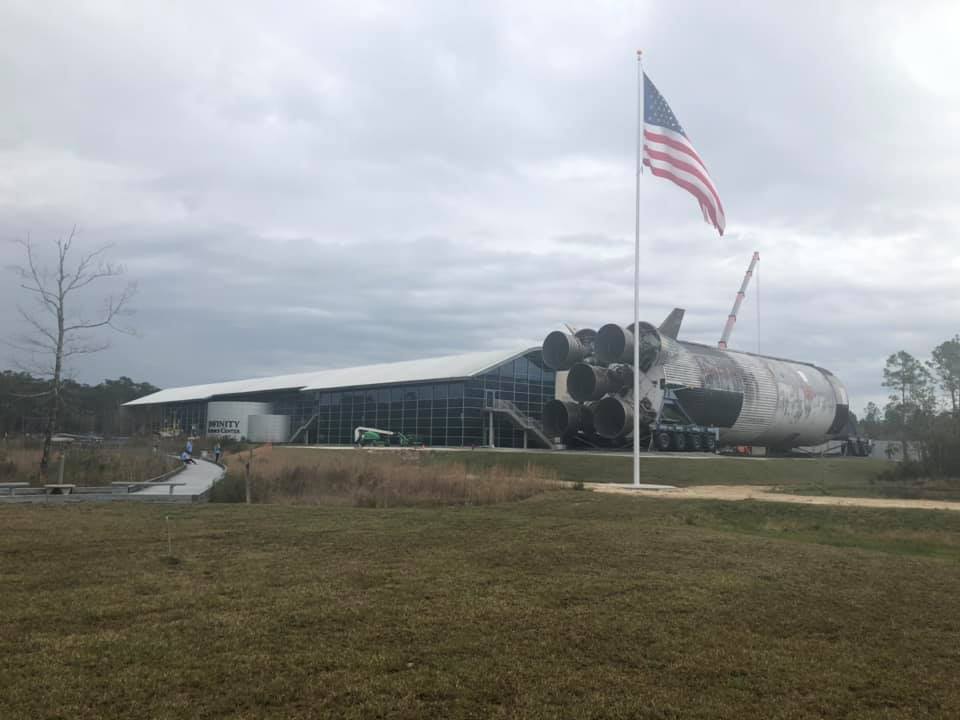 3. Infinity Science Center: Just 43 miles from New Orleans, the Infinity Science Center at John C. Stennis Space Center is 35,000 square feet of interactive, scientific fun for the entire family. Observe the colossal five-engine Saturn V Booster Rocket as it ushers you into the center to revel in the glory of all things NASA. Marvel at the Earth and Space galleries, including a life-size replica of the International Space Station’s Destiny Module and a complete immersive timeline of space exploration from its pre-Apollo beginnings to the new Space Launch System. Before you leave, make it a point to walk the Biome Boardwalk: 1,400 feet comprising four diverse natural habitats that house snakes, alligators, and carnivorous plants. Plan to spend an entire unforgettable day there. Adult tickets are $18, $15 for seniors, $11 for children four to 13, and free for kids three and under. By the way, the price of admission also includes a bus tour of Stennis Space Center, NASA’s largest rocket engine test facility. 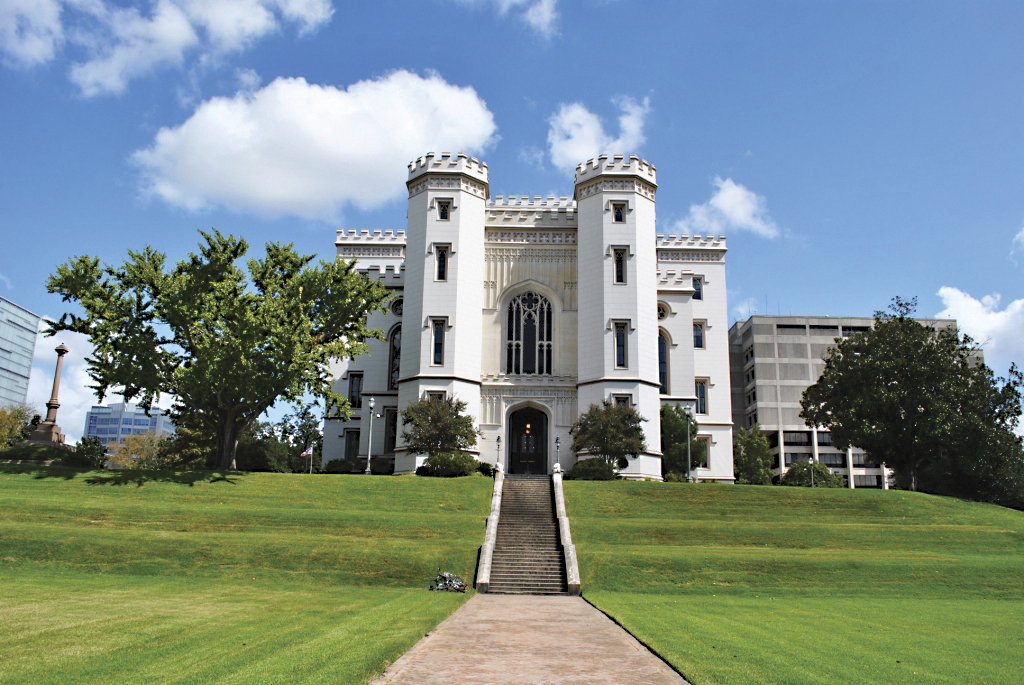 4. Old Louisiana State Capitol: History can be fun, too, especially at this 166-year-old gothic landmark in Baton Rouge. Home to the state’s first legislature in 1852, Louisiana’s Old State Capitol is an architectural wonder and a must-see museum celebrating the unique history of our great state. Featuring engaging exhibits highlighting Louisiana’s often-tumultuous legislative history, the museum also includes the award-winning “Ghost of the Castle” 4D theatrical presentation and a remarkable stained-glass dome. Admission is free, and tickets for the show are only $3 per person. Just down the street is the actual current State Capitol. Admission here is also free, and no visit would be complete without seeing the infamous hallway bullet hole, left as a memento of the assassination of Huey Long, as well as his grave on the Capitol grounds. 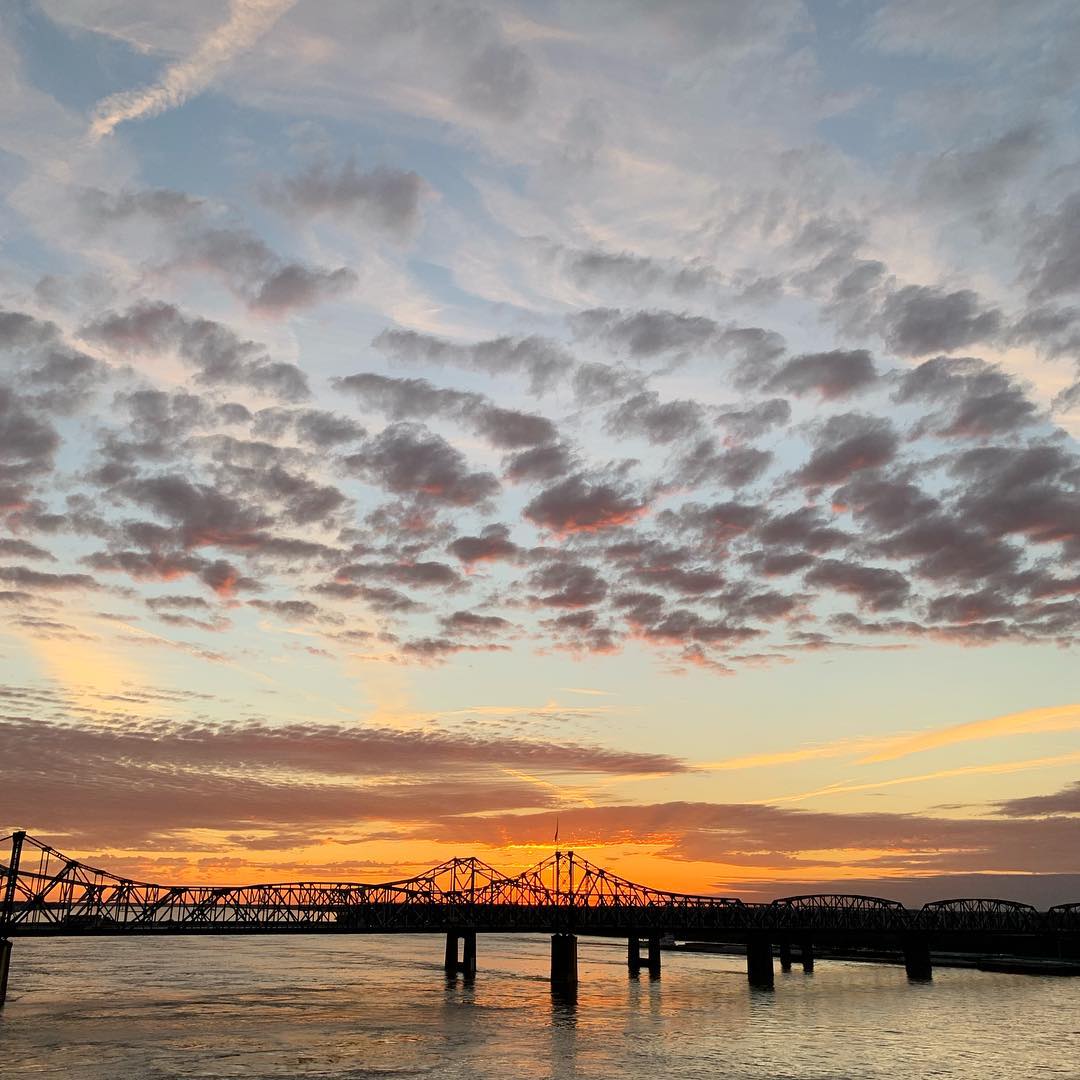 5. Vicksburg, Mississippi: There is an awful lot to do in Vicksburg, and it’s only 3.5 hours away. First off, The Biedenharn Coca-Cola Museum commemorates Joseph A. Biedenharn, the first-ever bottler of Coke, and is the very building where that momentous occasion took place in 1894. The restored décor is of an old-fashioned candy store and soda fountain, and yes, you can have ice cream or a Coke float while reliving a wonderful and simpler time in history. In addition to a wide range of exhibits covering the history and progression of the world’s most popular soft drink, the museum also contains an enormous collection of Coke memorabilia. Admission is only $3.50 for adults, with children’s admission ranging from $2.50 to free. Right across the street is Yesterday’s Children, an antique doll and toy museum that is totally worth the $3 admission for adults or $2 for children 12 and under. Of course, there’s also Vicksburg National Military Park, including the USS Cairo Gunboat and Museum. Two days would be well-spent here, and admission is charged by the vehicle ($20), not the person. 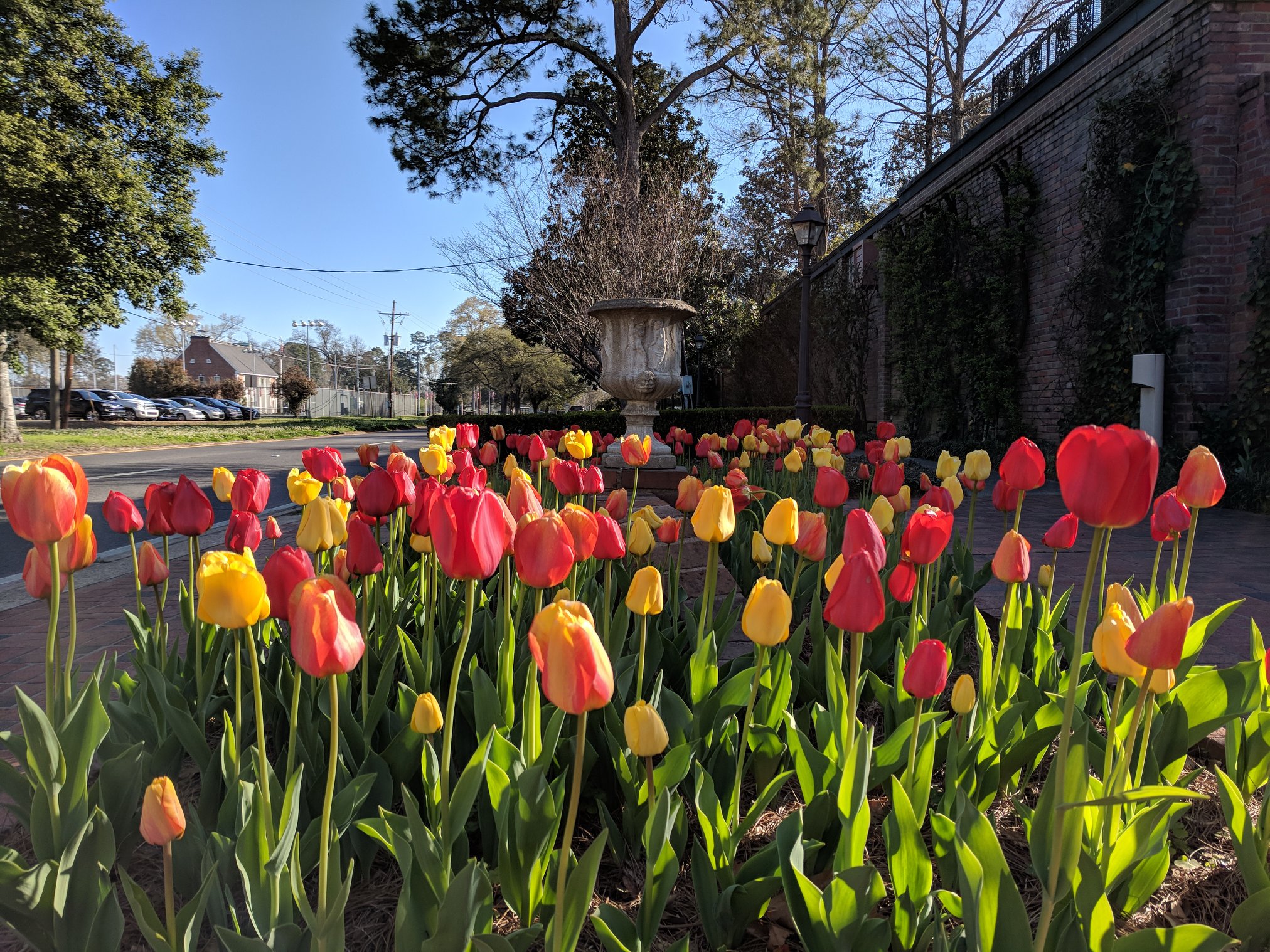 6. Biedenharn Museum & Gardens: Joe Biedenharn certainly got around. Well, actually, he moved his business to Monroe, Louisiana, in 1913. Yes, this is yet another Coke Museum, but it is so much more as well—two more, in fact! There is also the Bible Museum (with an original 1611 King James Bible) and Joseph Biedenharn’s Home and Garden. Admission for everything is just $6 for adults and $4 for kids. As Monroe is 4.5 hours from New Orleans, it would be optimal to arrive in Monroe on Monday evening and stay overnight, hitting the museums on Tuesday. Just be aware that Biedenharn Museum & Gardens is closed on Mondays, so you don’t need to get there early. The atmosphere, exhibits, and memorabilia are all unique to this museum. You will not have the same experience or see the same things at the two Coke museums. Plus, visitors in Monroe are able to enjoy a bottle of Coke for only five cents from the old vending machine, and if you’re lucky, you can plan on grabbing a few tasty kumquats from the trees overlooking the picturesque gardens. As long as you’re in Northeast Louisiana, you may also consider driving an hour east to Poverty Point World Heritage Site, one of the oldest archeological sites in the country. Admission is $4.

7. Louisiana State Penitentiary Museum: Just over two hours northwest and situated outside the gates of Angola is the LSP Museum. Admission is free, and the museum’s website advises guests to plan on spending “at least” a few hours there. Don’t worry, though, it’s not to hold you against your will—you just won’t want to leave until you’ve seen each of their one-of-a-kind exhibits. From confiscated handmade weapons to the prison’s horse-drawn hearse to the infamous “Gruesome Gertie,” which is the decommissioned electric chair that ended the lives of 87 death row inmates, the LSP Museum is a fascinating journey through all aspects of prison life on “The Farm.” While you’re here, you may as well go to St. Francisville, which is less than a half-hour away. This beautiful, time-honored Mississippi River town contains a plethora of historic buildings, houses, and churches, including the famed Myrtles Plantation, America’s preeminent haunted home. Visit myrtlesplantation.com to check rates and availability. 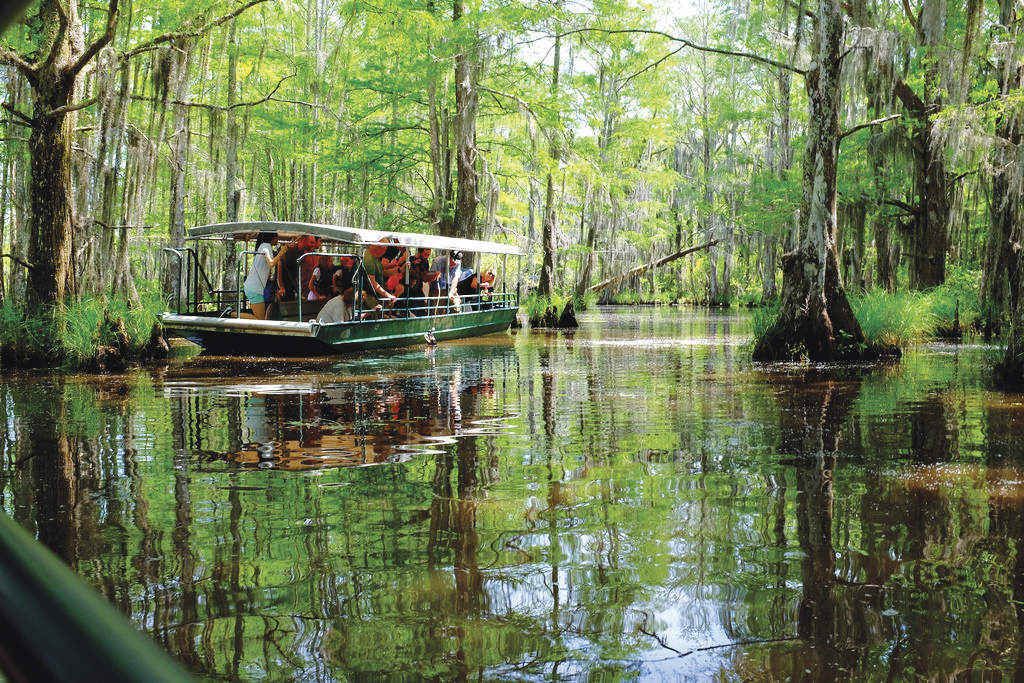 8. Honey Island Swamp: Feel like getting close to nature? Look no further than Honey Island Swamp, a mere 40 miles away from the city in Slidell. Think of this excursion as the bayou version of Global Wildlife Center—only here, you’ll get as close as humanly possible to alligators, raccoons, owls, egrets, and much more. The two-hour tour features entertaining and informative guides and breathtaking natural scenery and habitats that you will undoubtedly want to capture on your camera or smartphone. Tickets are $25 for adults and $15 for children. Transportation is provided to and from downtown New Orleans for roughly double the ticket price. Visit honeyislandswamp.com to make a reservation.

9. Birthplace of Kermit the Frog/The Jim Henson Museum: Okay, let’s be honest. Who knew that legendary Muppets creator Jim Henson was born in Leland, Mississippi? He was, and there is a delightful little museum devoted to the world’s most famous frog, along with the rest of the Muppets, too. Memorabilia from the Muppet Show to Sesame Street is exhibited, and there’s a gallery showcasing Jim and his beloved creations. The museum is a genuine jewel of the South that is absolutely free. In case you are not familiar with Leland (who is?), it is located 4.5 hours north. Less than a mile from there is the Highway 61 Blues Museum, devoted to over 80 musicians from Leland, including Edgar and Johnny Winter. Last, but certainly not least, is the highly immersive BB King Museum and Delta Interpretive Center, just 15 miles east in Indianola. Admission is $15 for adults, $12 for seniors, $10 for children seven through 17, and free for kids six and under. 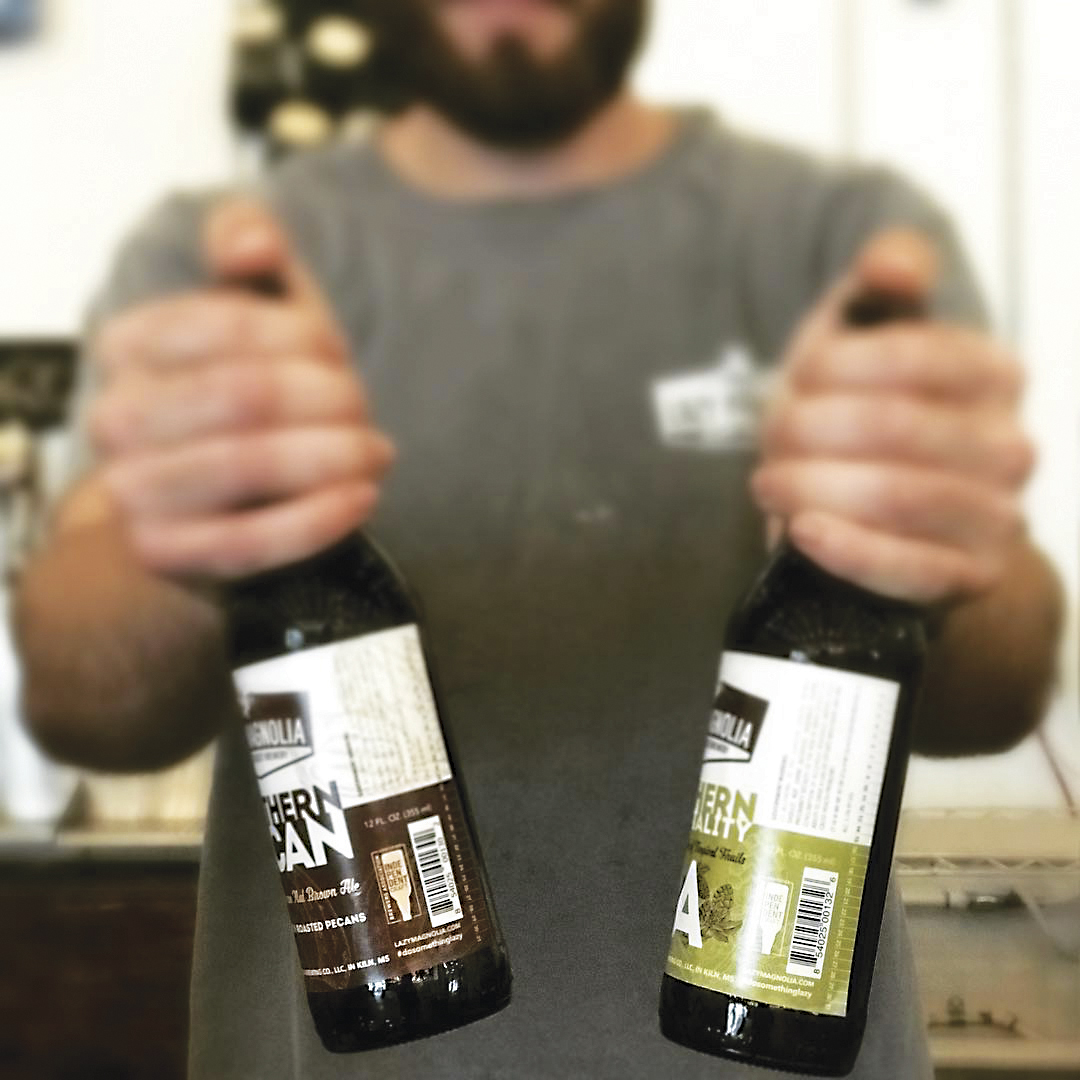 10. Lazy Magnolia Brewery: We have a lot of great breweries in and around the city of New Orleans, but guess what? They’re all going to be closed on Fat Tuesday for obvious reasons. The same can’t be said about Lazy Magnolia Brewery, located less than an hour away in Kiln, Mississippi. Lazy Magnolia is Mississippi’s oldest craft brewery, with flagship beers such as Southern Pecan, Southern Gold, and Southern Hospitality IPA. Hey, I sense a theme going here! The taproom is open all week long, but the tours are officially held Thursday through Saturday. However, if you call them at 228-467-2727, the good folks at Lazy Magnolia will be happy to accommodate a private tour on regular business days. Visit lazymagnolia.com for more information.