Whether you reside near the mountains of Colorado or the swampy bayous of Louisiana, every state has its high and low points. The cost of some of these low points can have an unfortunate impact on not only the state, but the nation as a whole. According to Wallethub, gambling costs the U.S. about $5 billion per year. We also lose approximately $300 million a year to nicotine dependency. Damaging behaviors from individuals also can contribute to national economic loss. In recent times, the COVID-19 pandemic has made the low points of individual states far more prominent and has taken a toll on the nation in a profound way.

Wallethub has conducted a survey comparing 50 states across 47 key indicators with data ranging from violent crimes per capita to excessive drinking and gambling. These key indicators heavily reflect on the quality and productivity of people in each state. Some of these key indicators include: anger, hatred, laziness, greed, jealously, lust, and vanity. The method used to conduct this research required using 47 relevant metrics, with each metric being graded on a 100-point scale with the 100 reflecting the highest level of sinfulness. The calculated score for each state is mainly based on the weighted average across all metrics and are then used to rank the states. In said ranking, Louisiana comes in 6th place, right below Florida and right above Tennessee.

States such as Vermont, Utah, and Michigan are the least problematic states, each ranking low in crime, theft, and gambling endeavors. Whereas states like Louisiana, New Mexico, and Alaska rank high in all illicit activities and behaviors such as crime, theft, drinking, and gambling. When it comes to the state of Louisiana, moral decency has been on a consistent decline throughout the years. For most violent crimes per capita, Louisiana ranks 5th. When it comes to the most theft per capita, the state ranks 1st. Louisiana also ranks 3rd for the highest percentage of adults neglecting exercise in the country. These are just a few statistics that categorize Louisiana's overall moral standards as a state to be minimal or non-existent.

To learn more about the most sinful states in the U.S., please visit Wallethub.com

The United States has been on a "bike craze" since the late 1890s. Back then, when cycling was mostly considered a sport for the rich, the U.S. was a global leader in what, today, is considered "protected bike lanes," with cycle "side paths" built across the country. New... 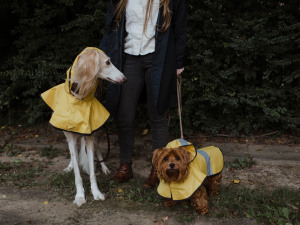 How to Protect Your Pets During Hurricane Season

Now that hurricane season has officially started, it's important to have an evacuation plan for you and your family should a life-threatening hurricane head our way this year. If you've got pets, make sure to include your furry friends in your evacuation plan! Over 100,000 pets were left behind during Hurricane Katrina and an estimated 44% of residents who chose not to evacuate did so because of their pets, according to the... 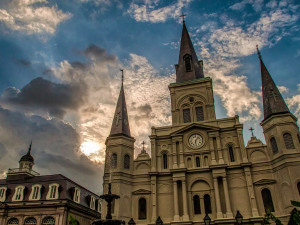 With more and more Americans receiving the COVID vaccine and feeling more comfortable with travel, the world of tourism is expanding greatly as summer approaches. Today, the number of people crossing through TSA checkpoints each day is 10 times higher than it was at this time last year, according to WalletHub Communications Manager Diana Polk. As a result of increased travel, personal-finance website WalletHub has recently released...