Unless the topic is Taylor Swift insuring her legs for $40 million, you won't catch people talking about insurance for fun. Complaining for fun is a whole other thing, and Louisiana residents have a renewed license to complain about the cost of car insurance here. According to WalletHub's "Cheap Car Insurance in 2021" survey, the Bayou State has the fourth-highest average yearly premium price in the country. At $1,263 a month, only three other states (New Jersey, New York, and Michigan) pay more than us. Yikes.

Wyoming, South Dakota, and Iowa are the lowest-paying states. Coincidentally, cows outnumber people in all three states according to VOX.com. The ratio of cows to humans is unrelated to vehicle insurance—please do not come for us, we are just joking—but who does determine the rates for car insurance? What factors are they looking at?

In America, the system of federalism leaves vehicle insurance laws up to states. Every state has some level of requirement, though from there, it varies widely. For Louisiana, GEICO explains that in order to legally operate a motor vehicle, the minimum insurance requirements are: coverage for bodily injury liability, property damage liability converge, medical payments, and uninsured/underinsured motorist coverage. Compare that to Virginia, where you can leave your car uninsured. Even if Virginians skip on insurance, they have to pay the DMV $500 per year. This fee excuses them from having to get coverage, but it doesn't come with any of the benefits they'd get from an insurance plan. Insurance is a pain, yet it does have its payoffs. Allstate notes that coverage is supposed to protect you—the driver—in case of accidents, property damage, legal fees, and other pricey mishaps.

Even within your state, the price you pay for car insurance hinges on personal factors. Fairly or unfairly, things like your age, marital status, type of car, and gender all play a role in determining your individual price. These factors have nothing to do with your driving history, so why do they matter? Eli Lehrer, president of the R Street Institute told Huffington Post that "marriage really does make people more careful and responsible ... it isn't all surprising that this translates into better driving behavior." Guess there aren't many people recklessly married?

In order to do their analysis, WalletHub pulled data from state DMVs and Quadrant Information Services. From there, they created an avatar. He is a 45-year-old male, single, without teenagers on his policy. His driving record was clean. He drives roughly 15,000 miles a year, has minimum coverage, gets no discounts from being a homeowner/student/veteran, his credit is good, and he drives a sedan. This avatar—let's call him Robert—was used to figure out the cost of insurance. Robert's price wouldn't be the same as a 19-year-old named Emma. Robert's price wouldn't necessarily match yours if your characteristics differ from his. That's the trouble with averages; average for who? In this case, WalletHub's ranking tells us the best state for low rates for someone like Robert.

Alright, so this isn't the most comprehensive study for all people, but no matter if you're Robert or not, there are certain things you can do to lower your average yearly premium. No matter who you are, these tips from WalletHub will help you pay less: get a minivan or SUV as opposed to a sports car, build up a history of good driving, don't drink and drive, check if you qualify for a discount, think locally because it's possible that a local insurer could provide a better rate than a nationwide one, and improve your credit score.

Much of this is in your control. Credit scores are tricky, however. Sure, you could just not buy so much stuff, but people who are already struggling financially rely on credit cards for everyday things. The fact that higher credit utilization lowers their scores is just one example of how expensive it is to be poor. After a 2017 Consumer Financial Protection Bureau investigation on Transunion and Equifax, The Atlantic published an article that announced credit scores are a "scam." Credit scores, Gillian B. White wrote, are part of a "deeply dysfunctional system that is hurting the Americans who can least afford it."

To end on a positive note, related to the topic of car insurance rates is the story of the Designated Driver Campaign of 1988. Through showing a designated driver on sitcoms and TV shows, the campaign had a measurable impact on real-life behavior. In a conversation with WBUR, campaign leader Jay Winsten explained that audiences changed their opinion on designated drivers after seeing them played on screen. Instead of seeing a designated driver as no fun, they were "positioned as an integral, important, and popular member of the social group—they were each taking their turn, protecting their friends."

In fact, the Designated Driver Campaign was so effective, Winsten has appeared in recent interviews to talk about how this method could be used to help with shifting the perception of the COVID-19 vaccine. After that, we could use a "Put Down Your Phone" campaign, since, according to The Advocate, distracted driving plays a role in many of the accidents insurance commissioners see in Louisiana.

For more info on the survey, go to wallethub.com

According to WalletHub's "2021's Most Fun States in America," Louisiana is only the 12th most fun state in America. WalletHub, there has clearly been a mistake. For context, this conclusion was somehow reached by a ranking system that generates a score by comparing... 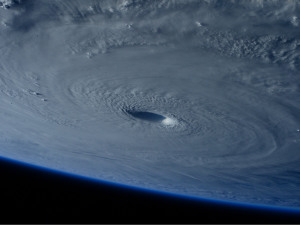 There is no greater attraction for hurricanes than the swampy wetlands of Louisiana. According to the National Oceanic Atmospheric Administration, Louisiana has had a total of 58 hurricanes (with a total of 18 major hurricanes) directly hit its coast from 1851-2020. Louisiana's number of major hurricanes puts it in 3rd place in the country, behind Florida and Texas. And with hurricanes come storm surges! Such surges are considered...