All this stay-at-home time has allowed for many additional hours in front of the TV—so many, in fact, that your homebound loved ones that have been streaming in your household may have run out of movies and shows to watch. Luckily, it's August now, and Amazon Prime has a whole new crop of watchable programs for you to bring into your living room. Here are a few of the highlights.

Saw Collection
Coming August 1 to your Amazon Prime account is the entire collection of Saw films—these shocking movies are great for a horror binge as the twisted antagonist, Jigsaw, forces Saw's characters to perform cruel, heinous acts or risk death.

Comrade Detective
Comrade Detective is what happens if, during the Soviet era, the Communist Party had commissioned a cop show depicting a pair of Romanian detectives who chased down capitalists and rambled on about socialist propaganda. This conceptual comedy series is available on August 4 and is dubbed by an all-star cast, including Channing Tatum, Joseph Gordon-Levitt, Jenny Slate, Nick Offerman, and Mahershala Ali.

Lost In Oz, Season 1
This animated Amazon Original Series stars Dorothy and Toto from the much-loved L. Frank Baum's OZ books as they search for Glinda the Good and a way back to Kansas. The extended pilot is the winner of an Emmy for children's programming and is a great pick for younger audiences.

Superbad
McLovin is back on Amazon on August 4 in the classic coming-of-age comedy starring Jonah Hill, Michael Cera, and Seth Rogen. The film is loosely based on the experiences of its co-writers Seth Rogen and Evan Goldberg as they navigate their last days of high school and all the shenanigans that ensue.

Tumble Leaf, Season 3
This animated series is the recipient of numerous awards, and its third season is ready to be streamed August 15. The show details the adventures of Fig the fox and Stick the caterpillar as they travel through Tumble Leaf island—learning a lot about friendship and science along the way.

Undercover
Undercover will be available on August 17 and is drama-packed. This BBC mini-series stars Sophie Okonedo and Adrian Lester. The two play a couple comprised of an attorney wife, who is working to free those who are wrongly convicted of crimes, and a husband hoping to hide his past.

My Bloody Valentine
My Bloody Valentine was originally an 80s Canadian cult classic but was remade in 2009, and the newest version is available through Amazon Prime on August 19. This slasher film is about a crazed serial-killing miner as he wreaks his revenge against a small town.

The Tick, Season 1
This Amazon Original Series is set to air August 25 and is based on Ben Edlund's comic book. This superhero series stars Peter Serafinowicz and Griffin Newman as the crime-fighting duo.

Victoria
This historical series details the rise of the famed Queen Victoria, played by Jenna Coleman, at the age of 18 to the throne, as well as her early reign. This PBS series will be ready to stream on August 29. 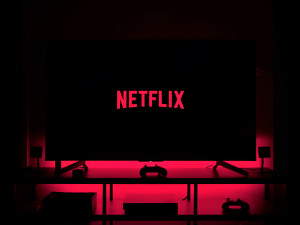 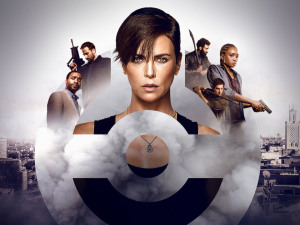