After a quarter-century of great music, comradery, and friendship, Galactic are pleased to announce their upcoming anniversary tour! With countless gigs and festivals all over the world, ten studio albums and the purchase of the legendary venue, Tipitina's, Galactic have made an enormous impact on the New Orleans music scene. On their tour, Galactic will be joined by artists like Anders Osbourne, Chali 2na, Jackie Green, Dirty Revival, Naughty Professor, and Southern Avenue. New Orleans native, Anjelika "Jelly" Joseph will be joining the band as their featured singer, known for her spiritual and soulful voice, inspired by gospel and blues.

Don't miss out on an opportunity to see Galactic play at their very own, Tipitinas, on NewYear's Eve. Beginning at 10 pm, Galactic will be rocking in the New Year with the funky sound New Orleanians know and love! Opt for the VIP experience and enjoy food by Jacques-Imo's, an open bar, access to the VIP viewing section and signed limited edition Galactic merch.

Since their beginning in 1994, Galactic has made an impressive list of friends because oftheir enthusiasm for pushing the music envelope. To name a few, Allen Toussaint, Cyril Neville, Macy Gray, George Clinton, Trombone Shorty, Big Freedia and more have gravitated toward Galactic's music atmosphere to collaborate on studio recordings and live shows.

Galactic have established themselves as a can't-miss band with a loyal fan following thathas seen the group on the first issue of Where Y'at Magazine, as well as Offbeat, New York Times, and Downbeat. From the early days of their first 1996 tour, Galactic has cemented themselves to both the New Orleans and national funk scene, but never fail to bring listeners something new and exciting.

"As we embark on our 25th year so many great memories will be shared amongst us and with so many of our friends around the world. Twenty-five years is a milestone to be sure. Maybe mile marker is more fitting. One thing is certain - to be looking ahead after twenty-five years of making music with your friends is a dream job indeed." - Rich Vogel

Regardless of the current crisis, it's still Easter this weekend and there's no reason we shouldn't celebrate with a grand New Orleans feast … from a distance! While you likely shouldn't hide painted eggs in the yard, throw family parties or physically attend church... 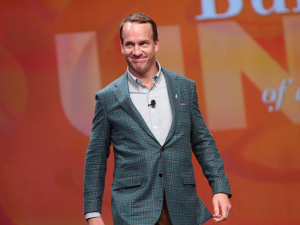 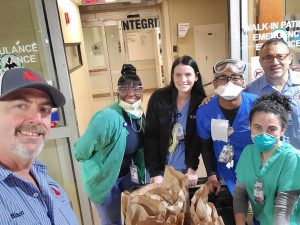 We Could All Use A Little “Deswine Intervention”

As veteran fundraisers and pit masters, feeding those in need was a no-brainer to Hogs for the Cause team Deswine Intervention. From the day they discovered that their annual 'cue fest was canceled due to COVID-19, the team has been feeding everyone from hospital workers and nursing homes to the homeless camped out under I-10 along Calliope Street. With help from Neil McClure from McClure's BBQ and the rest of the Deswine...