What a difference three years makes in the American Athletic Conference for the Tulane football program. With Willie Fritz at the helm, the Green Wave have steadily improved since he arrived on campus in 2016, culminating with a Cure Bowl victory over Louisiana-Lafayette last season. Tulane finished with a 1-7 AAC record in 2016 but improved to 5-3 in the conference by the end of last season.

All of that was even with one of the primary quarterbacks transferring in five days before the first game. The Green Wave return several veterans on both sides of the ball for the 2019 campaign and, after finishing tied for first in their division last season, have their sights set on big things this year.

The 2019 season marks a new offensive era under the Fritz regime, as offensive coordinator Will Hall joins the Green Wave after serving as the Associate Head Coach & Tight Ends Coach at Memphis the past season. Hall should have plenty of weapons at his disposal as he seeks to help Tulane continue its upward trajectory from the past couple of seasons.

After transferring from LSU to Tulane five days before the first game, quarterback Justin McMillan settled into the offense by season's end, compiling a 5-1 record as a starter. McMillan earned the starting role by midseason and finished with over 1,300 yards passing and 10 touchdowns, along with five rushing touchdowns. With a full offseason under his belt, McMillan has the chance to make big strides in year two with the Green Wave.

Joining McMillan in the backfield are Tulane's top two running backs from last season. Seniors Darius Bradwell and Corey Dauphine combined for over 1,900 yards and 18 touchdowns last season and will likely be a formidable one-two punch again.

McMillian's top targets will be returning leading receiver Darnell Mooney and Oklahoma State graduate transfer Jalen McClesky. Mooney hauled in 48 catches for nearly 1,000 yards and eight touchdowns last season, while McClesky racked up 123 receptions, 12 touchdowns, and over 1,450 yards during his final two full seasons in Stillwater (2016 and 2017) before transferring four games into the Cowboys' 2018 campaign.

Most of the offensive line starters are gone from a unit that was atrocious at protecting the quarterback and ranked 102nd in the country for sacks allowed (35, the same as LSU). The Green Wave's offensive line must vastly improve if Hall's first season in Uptown is to be a success.

Tulane's defense will be a major strength for Fritz's fourth squad in New Orleans. The defense returns eight starters, including defensive end Patrick Johnson, who gobbled up opposing quarterbacks for 10.5 sacks during his 2018 sophomore campaign and tied for 12th best in the nation. Johnson is one of the most fearsome returning pass rushers in the conference, if not the entire NCAA. But Johnson is just the beginning; the Green Wave returns several key contributors from a feisty unit that wreaked havoc last season. Cameron Sample, Jeffrey Johnson, and DeAndre Williams join Patrick Johnson on the line expected to anchor Tulane's defense this season.

Linebackers Marvin Moody and Lawrence Graham return as the third and fourth leading tacklers from last season. The secondary returns three of its five starters but needs to improve after giving up 260 yards per game.

Several of Tulane's specialists are back. Sophomore Ryan Wright emerged as the leading punter for the Green Wave last year, averaging nearly 44 yards per punt. Placekicker Merek Glover returns after connecting on 10-of-13 field goals. Amare Jones was lights out as a returner his freshman season and could become a major special teams X factor for the Green Wave. Several kickers will be jockeying to replace Zachary Block, the team's kickoff specialist.

The Green Wave may increase its regular season win total, but the conference schedule seems too daunting to earn a spot in the AAC title game; however, Tulane's loaded with veteran talent on both sides of the ball and will have the chance to make a statement this season-achieve the program's first back-to-back winning seasons since the late 1990s and earn two straight bowl bids for the first time since 1979-1980. For a team desperately in need for some bright spots, that would be a remarkable and historic season. 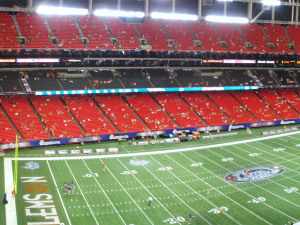 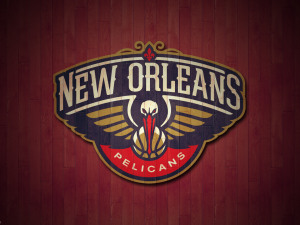