It's so hard to say goodbye … Accomplished chef and entrepreneur Carl Schaubhut passed away early last month after a long battle with esophageal and gastric cancer. A born-and-bred New Orleanian, Schaubhut has had a long love affair with food beginning in his grandmother's kitchen to becoming a sous chef at Commander's Palace, executive chef at Cafe Adelaide, and finally founding two restaurants: Bacobar in Covington and DTB (Down The Bayou) on Oak Street. All of us here at Where Y'at offer our sincerest condolences to his wife Alexandra and two children-not to mention everyone else who cared about this creative, kind, and enthusiastic young man. He will most definitely be missed.

A pizza is a pizza is a pizza … And just that fast, less than two months after Echo's Pizza closed in Mid-City, PIZZA domenica has taken its place. The new Banks Street location offers the same menu as PIZZA domenica on Magazine Street with the addition of a weekend brunch, a popular feature of Echo's. In addition to the wood-fired bagels that had become so popular from Echo's, the brunch menu offers baked carbonara with provolone, crab salad with remoulade, and sausage, egg, and cheese stromboli. 3200 Banks St., (504) 459-2072, pizzadomenica.com/mid-city

Musical brews … According to The New Orleans Advocate, Zony Mash Beer Project has taken over the Gem, an old movie house on Thalia Street that formerly housed Wayward Owl Brewing. The new brewery's name is from a Meters compilation album of vintage tracks and non-album B-sides-a style the brewery owners wish to reflect. Founders Adam Ritter and Mitch Grittman (an award-winning home brewer from NOLA on Tap) want Zony Mash to offer a lot more than craft brew and plan to, once again, make the Gem an entertainment destination with live music, movie screenings, and comedy. 3940 Thalia St., zonymashbeer.com

Geaux team! … In what may become an annual event, Port Orleans Brewing Co. is once again offering their GL37SON IPA to benefit Team Gleason Foundation a second year in a row. "Our community is so generous and supportive, there was no question I wanted to be a part of giving back to it." said Zach Strief, Port Orleans Brewing Co. owner and former New Orleans Saints offensive tackle. "Team Gleason was the obvious choice for me-Steve and his wife have done tremendous things to bring awareness to ALS, create the global conversations needed to find solutions, and help those currently living with the disease." In conjunction with the IPA launch, Port Orleans Brewing is also hosting the #MakeDatNoise Anthem Contest. Fans are encouraged to send in videos, songs, or chants for a chance to win Gleason IPA and raise awareness and funding for those living with ALS. In order to participate from the game, tailgating, or at a house party, simply tag @PortOrleansBrewingCo and submit using #MakeDatNoise. Entries can also be emailed to winner@portorleansbrewingco.com. The winner will receive a VIP package to the Atlanta Falcons vs. Saints game on November 10th in the Mercedes Benz Superdome, as well as iced-down Gleason IPA..

A portion of the profits from every pint and 6-pack purchased will be donated to Team Gleason's mission to provide technology, equipment, care, and adventures for people living with ALS. Gleason IPA is an unfiltered hazy IPA and will be available at Winn-Dixie locations across the Gulf South and other local grocery stores. In addition to Gleason IPA, Port Orleans is featuring a limited run of its newest specialty beer, Tropical Gleason, a juicier embodiment of the original with a healthy dose of pineapple and blood orange combined with the original's grapefruit hop flavor. 4124 Tchoupitoulas St., (504) 266-2332, portorleansbrewing.com, teamgleason.org

Taking the longway … French Quarter restaurant and bar Longway Tavern from LeBlanc + Smith has launched a revamped menu from their new Executive Chef Cesar Nunez, who was previously chef de cuisine at popular LGD restaurant Coquette. With a focus on high quality, local ingredients, Chef Nunez has crafted menu items such as cheese and "crackers" with aged cheddar and banana pepper aioli; charred eggplant with muscadine, buttermilk ricotta, and black bean paste; and a steak sandwich with brown butter, scallions and house-made Valentina. "I wanted the menu to be a celebration of my heritage and the local culture that raised me, and I can't wait to share it with everyone," said Nunez. "The menu is designed to be approachable while offering dishes with edgy complexity in an intimate atmosphere tucked away in one of the most vibrant parts of our city." 719 Toulouse St., (504) 962-9696, longwaytavern.com

So sad to see you go … As the seasons change, so does the landscape, whether we want it to or not. The local restaurant industry is no stranger to change with new eateries coming in and others bidding us a fond farewell. After 16 years in business, Brooklyn Pizzeria on Veterans Boulevard in Metairie has shuttered. Founder Todd Duvino announced to customers that due to his wife's illness, they could no longer remain open. We wish you and your family well and know that y'all will be missed.

Over in Lakeview, Fireman Mike's Cafe & Sweet Shop has closed after only a year in operation. Owner and chef Mike Gowland, a retired New Orleans firefighter who made his family recipes popular at Jazz Fest, perhaps pushed himself a bit too far as he has been living with diabetes for several decades and running the restaurant has taken its toll. Gowland and his family vowed to keep cooking for Jazz Fest as they have been since 2001.

Ninja Restaurant, a longtime sushi destination on Oak Street, has closed after 26 years in business. Though the space is slated to become Ajun Cajun, a longtime Jazz Fest food booth famous for its tempura-battered soft shell crab po-boy, devotees of Ninja will still sorely miss their favorite sushi spot.

Though you'd like to believe that the plate lunch, sometimes called a "meat and three," is a down-home, Southern, or Midwestern invention, its origin is actually Hawaiian. Even more fascinating is the fact that the Hawaiian plate lunch grew from the island-state's Pan-Asian... 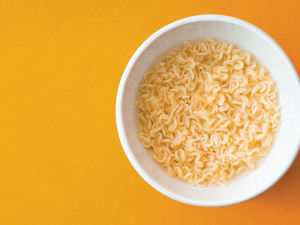 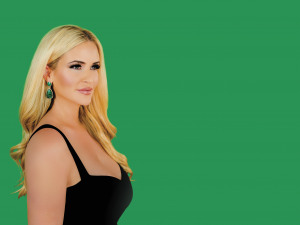 To say that Ingrid Rinck is busy would be the understatement of the year. She's mom to several kids­-including one with Type 1 Diabetes-the partner to a comedian and National TV correspondent, an accomplished fitness trainer, dance class instructor, and owner of one of the more popular meal preparation companies in Louisiana. Plus, in her spare time, she also manages to head up the Leading Ladies League while fundraising for a variety of...