If you grew up in New Orleans, there was Dixie and there was Jax. That's what was served at social gatherings, it's what your family drank. Dixie Beer once held over 30% of the market share in town--an impressive feat considering the ubiquity of large national brands like Budweiser and Coors. Walk around any neighborhood in New Orleans and you'll find the local bars proudly displaying Dixie Beer signage.

Founded in New Orleans in 1907 by Valentine Merz, Dixie Brewery has a rich and storied legacy in the city. During Prohibition, Dixie changed its name to Dixie Beverage Company and survived by manufacturing soda and soft drinks. In the late 1980's, the company struggled to maintain its market presence, filing for Chapter 11 bankruptcy in 1989. In 1992, Dixie Beer was purchased by the Bruno family who breathed life into the troubled brand with a new line up of specialty brews.

Up until 2005, Dixie Beer was brewed in Mid-City and was the only large volume brewery in New Orleans proper. In a tale all too familiar, the historic Tulane Avenue brewery took in ten feet of water in the wake of Hurricane Katrina, resulting in a total loss of equipment and devastating structural damage to the building. Production of Dixie Beer was moved out of state and the former site now houses a new VA research facility.

In 2017, Saints franchise owners Tom and Gayle Benson purchased Dixie Brewing Company from the Bruno family with the objective of restoring production to New Orleans. As part of the deal, the Brunos have maintained a minority stake in the company and continue to be involved in operations. Although Mr. Benson passed away before construction began, his wife Gayle is committed to seeing his vision through. "This is the realization that my late husband Tom had and his goal was to bring business to New Orleans and to be able to bring such an iconic brand such as Dixie Beer back where it belongs makes it that much more exciting," said Mrs. Benson. And bring it on home they did.

Set in the bones of the old MacFrugal factory, which was famously ravaged by a fire in 1996, the new site is situated on 14-acres of land on Jourdan Road in New Orleans East, with ample greenery and a sprawling view of downtown. "When you think of New Orleans East, you don't think of nature. But we've got turtles, birds--it's actually beautiful here," said Jim Birch, General Manager of Dixie Beer. The Dixie brand is eager to invest in the local community and put an overlooked region back on people's radar.

Once completed, the new home of Dixie Beer will the second largest brewery in the state of Louisiana, just after Abita. The new facility will be capable of brewing 25,000 16 oz pints per batch and will also house separate brewing equipment for small batch and experimental craft brews. Two onsite microbiology labs will test for quality and consistency.

The new site boasts over 100,000 square feet of outdoor recreation space, with a brewpub and beer garden in the works. Tours of the facility will be free and open to the public and will include a stop at the new Dixie Beer Museum, which will house beer artifacts dating back over 100 years. Fun for the whole family: kids are welcome and the outdoor space will be dog-friendly. Plans are in place to bring in a stage for events, food trucks, and more. "I want to get a slip and slide out here for the kids. We'll see about that, though," said Birch.

Once operations are in full swing, the brewery is expected to create about 100 jobs. Beer production is on track to commence in late September and the brewery will open to the public for tours, tastings, and events in January 2020. 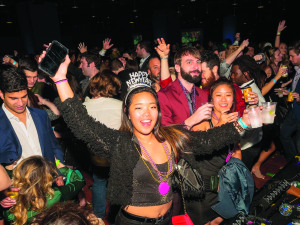 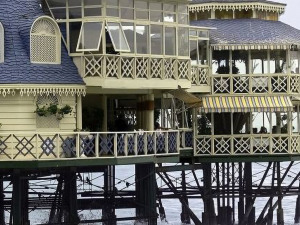