Last summer, the horror-comedy-thriller The Hunt was postponed after Internet denizens objected to the unseen film's violence and premise in the wake of mass shootings in Dayton and El Paso. Universal has now allowed director Craig Zobel's film to see the light of day and the result is a mixed bag.

Shot in New Orleans, The Hunt tells the story of 12 strangers who find themselves abducted and dumped in a field. Soon, it's clear they are being picked off one by one. Part of the film's controversy stemmed from the fact that the hunters are rich liberals and the hunted are referred to as "deplorables." If any readers are concerned about the film being right-wing propaganda, it's not. While the hunters are indeed loathsome and self-absorbed, the hunted people are not portrayed as sympathetic with the exception of the main character. It's more misanthropic than right wing or left wing. It's more a metaphor about the ugliness of online culture and the desire of the loudest people of all political stripes to see their enemies destroyed.

The film's strongest asset is its lead, Betty Gilpin (Netflix's G.L.O.W.). Her performance as a laconic, acerbic Mississippi army vet would do Clint Eastwood proud. There are also some darkly funny moments in the screenplay by Nick Cuse and Damon Lindelof. It also has the sense to clock in at a speedy 89 minutes.

However, the script is uneven (for every funny moment, there's one that's too on-the-nose) and concludes with a fight scene that goes on too long and adds nothing to the satire. If you think about the plotting for longer than five seconds, it falls apart. The relentless, extreme gore wears thin, too.

Classic Movies for the Couch

Welcome to "Classic Movies for the Couch," a haven for prospective film-lovers in the New Orleans area and beyond. If you are reading this, then you are likely already a follower of old movies, or you are a movie fan who is ready to dip the proverbial toe into the water that is... 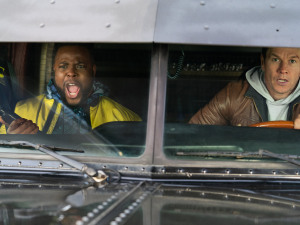 Netflix recently premiered Spenser Confidential, from director Peter Berg (Deepwater Horizon, Friday Night Lights). For better and for worse, it feels like a throwback to mid-range 1980s buddy-action movies. The film is based on the novel Wonderland and features Mark Wahlberg as Spenser, who's fresh out of jail after having served five years for assaulting a corrupt and violent police captain. Shortly after Spenser's release, the... 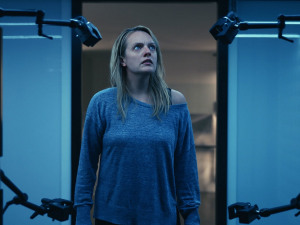 This new rendition of The Invisible Man has - besides a man that can become invisible - nothing to do with H.G. Wells' classic novel, nor does it have much in common with director James Whale's 1933 movie adaptation of that novel. For this update, writer and director Leigh Whannell, creator of Saw and Insidious, has come up with a completely new story. Cecilia Kass (Elisabeth Moss), escapes from her psychologically and physically...