The trials of low-level service-industry workers are often unexplored in movies. So, it's refreshing that writer-director Andrew Cohn's new film The Last Shift (now in theaters) shines a light on people often ignored on the big screen. However, Cohn's script tries too hard to shoehorn unneeded drama into the final act.

Richard Jenkins plays Stanley, an uneducated white man who has worked for 38 years as the night manager of a local fast food outlet in small-town Michigan. Shane Paul McGhie plays Jevon, a bright young teenager on probation who's been hired to replace Stanley. Stanley is leaving the job to go to Florida to help care for his senile mother.

The first half to two-thirds of the film is solid, character-based indie drama. Jevon wants something more for himself and is amazed that Stanley has toiled for so long for such little money in an unglamorous job (albeit one that Stanley clearly takes pride in). At its best, the film has simple conversations between two men of similar economic backgrounds but different races and generations.

Unfortunately, the script involves a crisis about two thirds of the way through. It feels forced and leads to an unsatisfying conclusion. Here's a film that actually would have been better served by less plot.

The highly rated and conveniently situated Hotel Storyville is happy to return their prized Garden to its proper functions. Less than a mile away from the French Quarter yet still situated in a rather quiet nook, this hotel is perfect for... 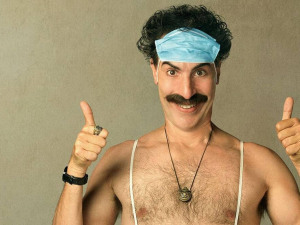 This second Borat movie appears to be more scripted than the original, thus making it feel more refined story-wise, but a little less funny/horrifying in its "set-up" situations. Still, many of the gags are pretty potent. Sacha Baron Cohen once again stars as the fictional Kazakh journalist named Borat Sagdiyev. Borat's homeland of Kazakhstan wants to cozy up to America, so the plan is to have Borat return to the... 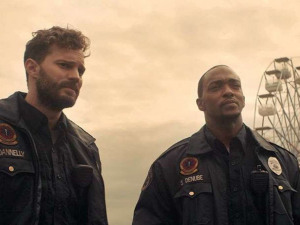 New Orleans's own Anthony Mackie stars in the New Orleans-shot science-fiction thriller Synchronic, which plays like a crackling-good episode of The Twilight Zone. Mackie plays Steve, a burned-out paramedic. On the job, he and his partner Dennis (Jamie Dornan) keep encountering bizarre deaths that are associated with a new designer drug called Synchronic. Meanwhile, Steve is diagnosed with an inoperable brain tumor....