For whatever reason, we have been denied a Guillermo del Toro directed Hellboy III. Instead, we get a charmless and infantile “reboot” starring a different actor in the title role instead of the incomparable Ron Perlman.

Based on the Dark Horse Comics graphic novels by Mike Mignola, this new Hellboy opens with King Arthur (Mark Stanley) using his mighty sword Excalibur to chop up an evil sorceress known as The Blood Queen (Milla Jovovich). Arthur then has her body parts scattered throughout the world. Cut to modern day where it is now up to Hellboy (David Harbour of Stranger Things) – the red devil of a paranormal investigator – to destroy The Blood Queen before her disciples are able to put her back together. Once whole, she would have the power to release a deadly plague upon the world.

This Hellboy is R-rated and gore filled, but so what? Digital splattering blood gets old very fast because it rarely looks convincing. 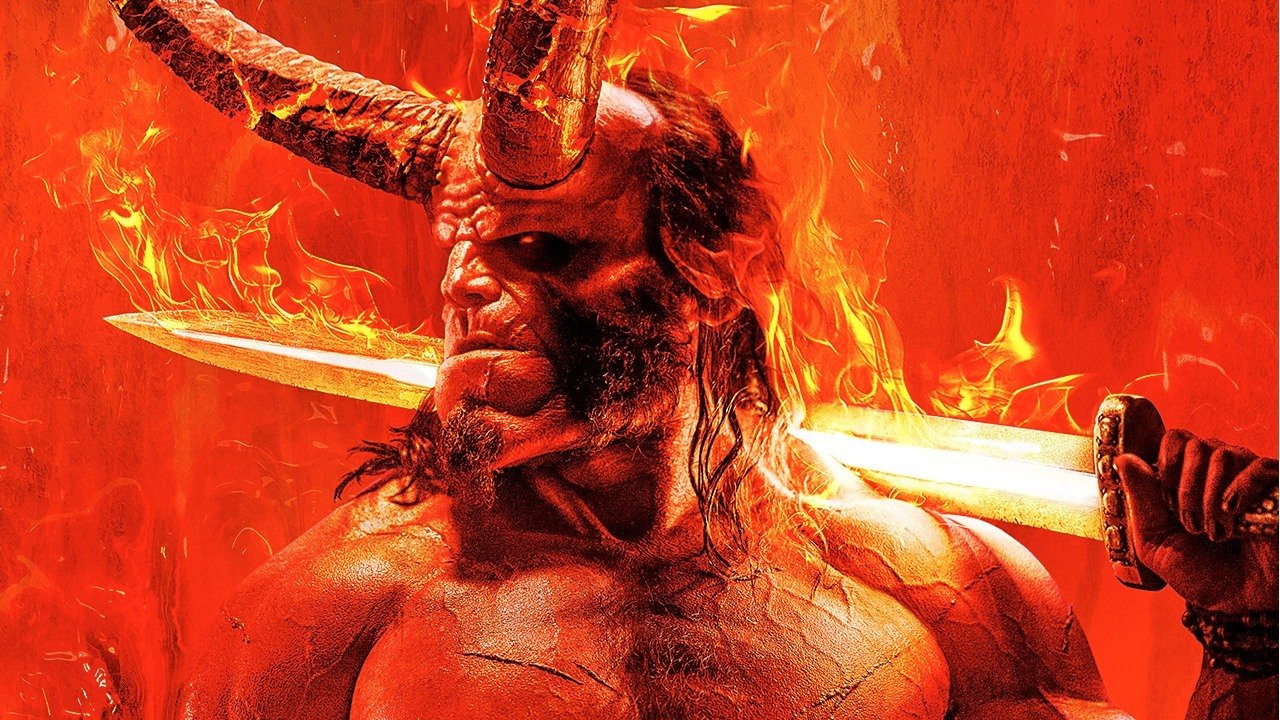 Some of the creature designs here look more like leftovers from Ghoulies (1985) rather than those cool designs del Toro cooked up for his movies. Remember that wonderful plant monster from Hellboy II: The Golden Army (2008)?

The new film's screenplay, by Andrew Cosby, is so overly busy that it often renders the plot incoherent. Then there are the constant flashbacks. These flashbacks come so frequently that they come off as an unintended running joke.

I guess money was the factor when talented director Neil Marshall (Dog Soldiers, The Descent) said yes to this project. As for actor David Harbour, he seems to be giving it his all, but you just can't live up to Perlman in a role that he made iconic.

When I see that a movie coming out is based on a video game, my PTSD from sitting through video game-inspired movies during the '90s, like Mortal Kombat, Street Fighter or Super Mario Bros. begins to itch. That's why it was a relief that Sonic the Hedgehog, based on the Sega...

I was not as enamored with the 2014 Swedish film Force Majeure as many critics were, so I hoped that its American remake, Downhill, might be more appealing. However, Downhill sadly does not improve upon Force Majeure.
In directors Nat Faxon and Jim Rash's film, Will Ferrell and Julia Louis-Dreyfus play a married couple vacationing at an Alpine ski resort with their two sons. During a controlled avalanche that briefly gets...

Birds of Prey (and the Fantabulous Emancipation of One Haley Quinn) plays like a twisted, punk comic book version of John Cassavetes' 1980 film Gloria. In that film, a gangster's lady friend (Gena Rowlands) ends up protecting a young boy who is being chased by the mob. In the new comic book come to life - and Suicide Squad spin off - Birds of Prey, psychologist gone mad, Harley Quinn (Margot Robbie) protects a young pickpocket,...