There are too many movies with the title Monster, and this one isn't quite successful in its narrative argument, so it may not have an easy time finding an audience. This film premiered at the 2018 Sundance Film Festival and was eventually acquired for distribution by Netflix in late 2020.

Monster is the story of 17-year-old black film student Steve Harmon (Kelvin Harrison, Jr.), who is arrested for his alleged participation in a robbery that turned deadly. Steve professes his innocence, but witnesses claim he was involved.

This is mainly a court room drama with flashbacks, and it's generally very well put together with terrific performances such as Jeffrey Wright as Steve's father, and Jennifer Ehle as the teen's attorney. Jennifer Hudson, as Steve's mom, is good, but she isn't given enough screen time. As for Harrison, he is excellent as a bright kid whose life is turned upside down, whether by his own doing or forces beyond his control.

At one point, Steve's film class watches Akira Kurosawa's Rashomon (1950), a movie in which several characters tell subjective and contradictory versions of the same event. Rashomon, however, doesn't totally apply here. Sure, we get brief scenes of varying accusations from the robbers and witnesses when they take the stand, but this movie follows Steve from beginning to end. He's the protagonist here. It's his version of the events that we will ultimately believe.

At the ending of the movie, we finally get to see—through flashback—what really happened, but the movie decides not to show us one crucial moment. Maybe the intent of the filmmakers was to keep us guessing long after we watch the movie, but that didn't feel like the right choice to me. It seems to contradict the point the film is trying to make.

Monster is now streaming on Netflix. 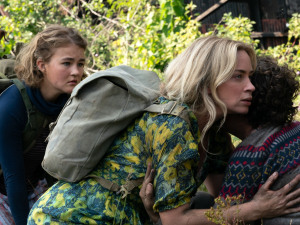 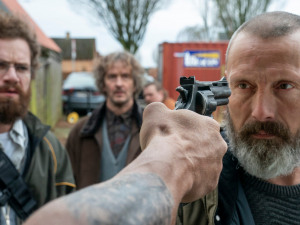