Extra, Extra – Read All About it: A Behind the Scenes Look at Being a Film Extra in New Orleans

Louisiana, especially New Orleans, has been the backdrop to many films over the last several dozen years, exponentially increasing since 2004. There have been over 100 films and television productions shot within the state, with usually between 5 to 15 projects within production at any given time in the metro New Orleans area.

This has opened up a huge job market locally for film crew, including grips, hair and makeup artists, electricians, special effects technicians, painters, construction workers, costumers, camera operators, greens crew, and more— but it's also opened doors for local residents to participate on screen as background artists, commonly referred to on set as "extras."

To become an extra, you'll first be required to register. Most casting companies use the website My Casting File ( http://www.mycastingfile.com )— which is free for a basic account. You can also visit some individual casting offices like Central Casting in person to register. You'll log your height, weight, hair color, age, and if you have any special skills such as tap-dancing or riding a horse, to name a few. Once you're on file, there are two types of casting requests you may be called for. Sometimes the show needs people who can portray a specific role (ie, teachers for a school scene or yoga students for a health club scene) or who have a specific skill (I was once booked because I know how to square-dance); there are also requests based on people who look like they fit in a particular geographic setting (recent choices have included Panama, Brazil, and Bolivia) or could pass for a certain time period (like the 1960s). There are also what we commonly refer to as "cattle calls" where they just need a large crowd to play an audience in a theatre, football stadium, or even at a Mardi Gras parade (this last one is super common in New Orleans, unsurprisingly)

Although Covid-19 has altered the restrictions for cattle calls significantly (background numbers are now limited to around 30 actors whereas they once could be into the hundreds), there are still myriads of these opportunities available. If you're new, you'll have a higher chance of being picked— directors and casting associates are always looking for what they call "fresh faces."

I've worked over 200 days as an extra, which led to another 400 or so days as a stand-in, photo double, and to small roles. I've also worked several jobs on the crew including as a production assistant, craft service assistant, and script supervisor.

While you cannot expect to be upgraded automatically, there are a few basic assurances. For starters, you're guaranteed at least $8 an hour, which can increase if the shoot runs into overtime (a common occurance outside of the pandemic.) Most of the time there's a minimum guarantee which means you can get up to $100 for working just a few hours in some rare scenarios. You'll also be fed well, with meals every 6 hours and snacks and water throughout the day. Covid-19 has also changed the availability of certain foods on set, and extras often do not have as exciting options as the rest of the cast and crew, but you definitely won't go hungry.

While free meals, minimum wage, and the possibility of seeing yourself, albeit for mere seconds on the big screen are already some wonderful incentives, there's also a ton of camaraderie behind the scenes of any shoot. For every one hour extras spend working there could be up to 11 hours spent waiting to work, which means sitting in large banquet halls and hotel rooms with some new friends. Some choose to keep to themselves with books, headphones, or even laptops, but there are many who elect to play cards, or share stories about other times on set. I've known at least two couples who have married people they met working behind the scenes.

It's also a wonderful way to educate yourself about how films are really made. I promise you that once you work as an extra a few times you'll find it difficult to watch TV the same way again. Things you never would have considered possible are made so right before your eyes. Sets are constructed so that walls can be flown out (lifted up and moved) to give the camera a larger space to work in, and windows can be broken over and over again for dramatic effect. I've worked in engineered rainstorms, on man made beaches, and have even gotten to play around in a giant toy ball-pit.

While it seems like a lot of fun and games, it's definitely not for the weak of heart or spirit. You potentially could face 4am wake-up calls or 16 hour workdays. You might be working outside in the intense heat (dressed as if you were in the dead of winter in Minnesota) or in the freezing cold (in a bathing suit inside of a swimming pool.) Although the vast majority of actors are really lovely and genuine people, you can run into some divas. Sometimes you may have to do the same repetitive five seconds of movement dozens of times. Let's not forget my personal on-set pet peeve: the out-of-town crew trying to stage a New Orleans tradition in the weirdest way imaginable, bless their hearts. I've been in over a dozen elaborately staged "parades" holding bouquets of flowers or balloons, wearing high heels, and second-lining in circles, because "that's how we do it down here." Once, I played a guest at a crawfish boil drinking out of a wine glass instead of a geaux cup. Another time, I portrayed a dancer who abandoned a parade to throw confetti at a Toyota.

Overall, it's a wonderful experience and has changed my life for the better over the past ten years. If you're interested, sign up today to start working as an extra. And the next time you watch a show that was filmed here, pay special attention to the "little people" walking around in the background, because they are locals who work really hard and would love for you to notice them!

This is my inside voice on the yoga mat, "Om Mane Padme hum (praise to the jewel in the lotus)." This is my outside voice driving the streets of New Orleans, "Nice turn signal, F**k Face!!" You/I can only be courteous driving here for just so long, and I've been driving here... 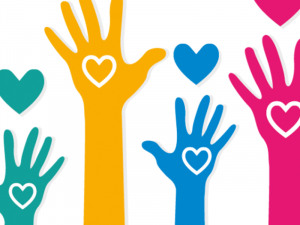 Tales from the Quarter: Karma and Camaraderie

During a recent writers' meeting for this magazine, it was suggested, and wholeheartedly agreed upon, that we should write with a "moving forward and leaving the pandemic behind us" stance. We often hear the phrase about when COVID is in our rearview mirror and I totally get that. But as with all experiences, we are shaped and moved by them. I for one gained much that I wish to hold on to while moving happily along unencumbered by masks and... 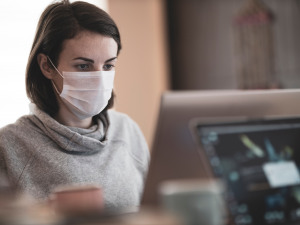 My dermatologist assured me that my minor facial surgery for a skin cancer would not leave much of a scar. I assured him that it didn't matter because I was "keepin' the mask" and had no intention of ever showing my face south of my eyes again. The first facial muscles to succumb to gravity are those around one's cheeks/mouth/chin/and jaw-line and no hair cut obscures this. Fortunately, scarves and turtle necks effectively hide the...