Carlile, born in Washington, dropped out of high school to pursue a career and music, and is a self-taught pianist and guitarist. She began her career performing in Seattle music clubs with twin brothers Tim and Phil Hanseroth. Carlile was signed to Columbia Records in 2004. Her debut album, released in 2005, received high critical acclaim, but not a lot of commercial success. She was featured on Rolling Stone's "10 Artists to Watch in 2005" list, but the album only peaked at #80 on Billboard 200. However, after the success of "The Story", the lead single of her second album of the same name, she garnered more recognition. The album eventually achieved gold certification. By the end of 2006, Carlile had embarked on several headlining tours and supported a variety of artists including Ray LaMontagne, The Fray, Chris Isaak, Tori Amos, and Shawn Colvin.

Carlile's music through the years has been categorized in several genres including pop, rock, alternative country, and folk. She said of her style, "I've gone through all sorts of vocal phases, from pop to blues to R&B, but no matter what I do, I just can't get the country and western out of my voice." After years of working and slowly achieving more and more commercial success, Carlile released her highest charting album, "By The Way, I Forgive You", in 2018. The album reached #5 on the Billboard 200 and #1 on Billboard's Rock chart. Carlile received 6 Grammy nominations for this album, and won 3 including Best Americana Album, Best American Roots Song and Best American Roots Performance.

Photo courtesy of Tristan Loper licensed under the Creative Commons 2.0 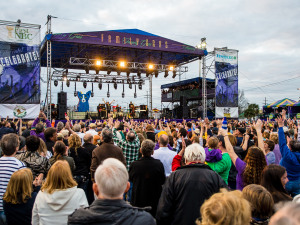 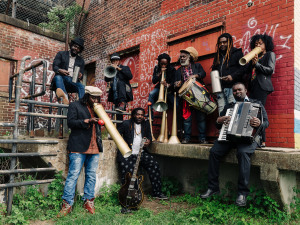