A Cure for the Coronavirus? Not So Fast: The Wishful Thinking and False Hope That is Chloroquine

If only we could wave a magic wand and rid the world of the coronavirus for good. We all want it to just go away. We want a return to normalcy--for life to go back to what it was before and for everyone to be healthy and employed and social again. But if we can't wake up tomorrow to discover that the coronavirus was all just a horrible psychedelic nightmare or a global conspiratorial prank--and that it never really happened--what would be the next best thing? A cure, of course.

But like so many things, when you want something badly enough, sometimes you're willing to believe even the most dubious and far-fetched scenarios if that will make them appear more real. Such, it seems, is the case for a COVID-19 cure.

As medical experts and researchers worldwide scramble for a cure to what ails us, the media and general population are willing to latch on to anything that might be so much as heading in that direction—regardless of how far it still has to go. And a little over a week ago, the results of a clinical trial in France, testing an alleged coronavirus cure, were released—the favorable outcome of which was greatly exaggerated.

The trial involved the use of chloroquine (or the related compound known as hydroxychloroquine), used on its own or in combination with azithromycin. Chloroquine is a tried and true medication successful in combatting malaria. Its usage to fight COVID-19, however, is barely tried, and its touted results are far from true. The medicine is frequently used to fight serious viruses, as it helps stop the viral cells from latching onto healthy human ones, thus stopping the virus from taking root and causing illness. For this reason, many doctors and virologists agree that chloroquine may, in fact, prove useful against the coronavirus somewhere down the line. Certain countries have even already administered it to patients with very serious C-19 cases. But before it becomes a widely used and truly advantageous cure, considerable research, testing, and development still need to be done.

Unfortunately, however, the results of the recent clinical trial were highly inaccurate and possibly intentionally misleading--exacerbated by the fact that the media got ahold of the information and took it and ran. They would have had us believe that this was the miraculous antidote to answer all of our prayers. Regrettably, it's not.

According to the results of the trial, the use of chloroquine combined with azithromycin eliminated the virus from 75 percent of patients in just six days. Didier Raoult, the awarded and highly esteemed epidemiologist and microbiologist at the helm of the trial, even provided an interview where he dared to make the overblown statement: "Coronavirus: game over!"

But sources that want to poke holes in the lofty claims suggested by the clinical trial results are pointing out several factors which likely skewed the purported outcome. For starters, the trial was conducted on very few patients, and those who were moved to intensive care, bailed on the trial, or died (yes, one did) were not counted, thus the percentages were off. In addition, many of the successful uses of chloroquine were shown in artificial environments, in vitro, and not in a live person, which will not produce the same success rate. The trial was also supposedly a rush job, thus many of the scientific protocols allowing for reliable results were overlooked. Though the researchers counter this last argument with the fact that the state of emergency of the pandemic necessitates speedy testing, it still does not bode well for accuracy. Finally, the tests themselves, used to gauge the presence of COVID-19 in the patients, gave inconsistent results, so whether or not each person was really positive or negative for the virus following medication is likewise uncertain.

As soon as the media got wind of the supposed cure, the news and unsubstantiated rumors went, well, viral. Even Donald Trump jumped on the chloroquine bandwagon, tweeting of its heroic properties as potentially "one of the biggest game changers in medical history" and crediting and praising the FDA for bringing it to light.

The problem with the rapid diffusion of such questionable information is much more dangerous than simply giving the world false hopes. After all, in the current environment of quarantine, isolation, illness, toilet paper deficits, and--the latest surreal development in a corona world--contactless food delivery, we could all use a little hope. However, chloroquine, if not dosed and monitored by a medical professional and if taken in too high a quantity, can prove to be as perilous to the human body as the virus itself. This is obviously highly counter-productive. An article on a French website, discussing the doubtful remedy, shows a picture of a packet of hydroxychloroquine pills with the to-the-point caption: "This is NOT a miracle treatment against COVID-19, and its use in the treatment of the illness has NOT been proven as of now. Don't be stupid!" And yet, if someone hears the word "cure," self-medicating with chloroquine in excess will surely trump both caution and judgment.

For this reason, many call the researchers behind the clinical trial and the journalists behind the media storm that followed it careless and irresponsible. Without a doubt, circulating a cure hoax that amounts to falsified facts and public misinformation, which can lead to catastrophic and unforeseen aftereffects, is negligent. But, on some level, it's also hard to blame them for being hopeful.

We want a cure so badly that we'll believe anything, latch on to even the slimmest of chances. No one knows how this will all play out, and a cure might very well be in the works, but for now, chloroquine is nothing more than the straws we're grasping at. So, be careful out there, and don't believe everything you read. There is still no known cure for the coronavirus. We're not there yet. Hope might spring eternal, but it doesn't make it real. To borrow the words from the French, let's not be stupid.

While it may not be your first thought of an industry struggling due to the quarantine, museums have been facing the same problem that is currently smashing the hospitality industry. When the entire premise of your income is... 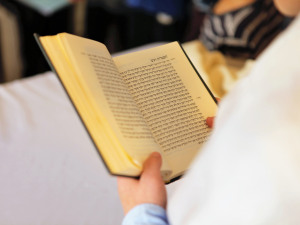 Rosh Hashanah, the Jewish New Year, is fast approaching on the calendar. This year, it takes place from this Friday, September 18, until Sunday evening, September 20. As one of the holiest celebrations in Judaism, Rosh Hashanah is a thanksgiving for and commemoration of the genesis of our world. Though the virus has hit every social space hard, those looking to celebrate this holiday with their... 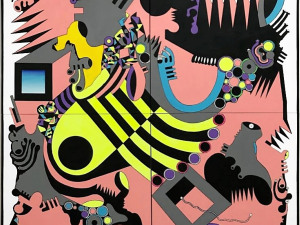