42 Percent of Louisiana Inmates Tested for COVID-19 Are Positive

Louisiana has the highest per-capita prison population in the world, with US News reporting that we incarcerate 760 residents out of every 100,000. According to the Louisiana Illuminator, since April, about 10 percent of these inmates have been tested for the coronavirus. Of those tested, over 40 percent have been positive. This high percentage indicates that the virus is likely more widespread than indicated, especially because asymptomatic carriers are likely not being tested.

A 40 percent positivity rate is highly concerning, especially given that nine out of 10 of America's largest coronavirus clusters are currently in prisons. The Louisiana Illuminator reports that, in the general public, the goal is for fewer than 10 percent of tests to return positive. While there have been calls for months to release incarcerated people across the country to avoid COVID-19 spread and encourage social distancing, Louisiana has not responded to these calls. Nationwide, states are considering releasing inmates to ensure their safety and mitigate virus spread. Fox News reports that over 16,000 inmates have been released or are scheduled to be released to date. However, according to the Prison Policy Initiative, Louisiana's review panel that was intended to consider temporarily releasing up to 1,100 people for medical purposes reviewed fewer than 600 cases and released only 63.

So far, 16 inmates and three staff members have died across the Louisiana prison system, but those numbers could easily rise. ProPublica reports that sick prisoners in Angola were often left to recover on their own in their bunks, which were less than four feet from adjacent beds. Haller Jackson, who was formerly incarcerated in Angola, stated, "The surest way not to have a coronavirus crisis is not to test for it. We all joked when we saw the ambulance coming, 'Oh, somebody else is dehydrated.'"

Outside prisons, the coronavirus has not affected all Americans equally. Instead, indigenous, black, and Latino individuals are four to five times more likely to be hospitalized or die because of COVID-19. In Louisiana, numbers recorded by the Louisiana Department of Health indicate that over 50 percent of those who have died because of the coronavirus are black, although the census indicates that only 32.8 percent of the population is black. This is relevant because, according to the 2018 Status of State and Local Corrections Facilities and Program Report, 66.7 percent of the Louisiana prison population is black. Poor management of COVID-19 in Louisiana prisons is likely to exacerbate the state's racial disparities in COVID-19 hospitalization and death rates.

In addition to concerns about rights for inmates, limiting spread in prisons is also crucial to minimizing the spread in the general community. The Louisiana Illuminator notes that 18 percent of staff members test positive, and their regular interactions with both inmates and the outside community could be dangerous for all involved.

The CDC recommends that prisons ought to test all current inmates and new arrivals for the coronavirus in order to avoid asymptomatic carriers increasing virus spread. However, the Louisiana Illuminator reports that the Louisiana Department of Health only gave 10,000 coronavirus test kits to the prison system, which means that there is no way to determine the current rate of infection among inmates and staff. As Louisiana's coronavirus case numbers rise, the state will continue to be faced with questions about how to prevent widespread infection and death in prisons.

Xavier University of Louisiana, the country's only Catholic historically black college and university (HBCU), announced that they received a generous gift last week. The donation, coming in at an eye-popping $20 million, is the largest single... 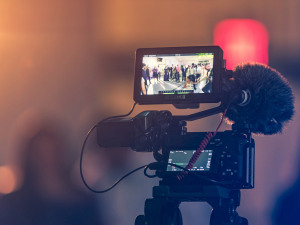 The City of New Orleans announced yesterday that it will welcome back film production crews, starting next week. The first production scheduled to return to filming in New Orleans is an Amazon Prime series which was filming before the city shut down due to the COVID-19 pandemic. Major studios, such as Disney, Sony, and CBS, are also planning to return to shooting in the upcoming months. ... 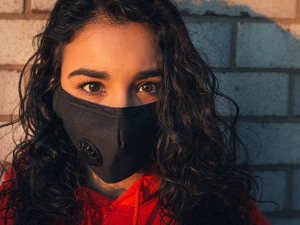 NOLA Public Schools (NOLA-PS) is planning on welcoming students back to school for in-person classes, starting in September. As cases continue to rise in New Orleans, Superintendent Dr. Henderson Lewis and Mayor LaToya Cantrell have started a new initiative, calling the New Orleans community to mask up so that children can make a safe return to school during the fall. NOLA-PS and Mayor...