A relative plain-Jane—flavor-wise—of the vegetable world, cauliflower has risen to great heights over the past several years, even surpassing that green of all revered greens, kale. According to Nielsen, sales of cauliflower have leapt 40 percent over the past four years due to an increasing interest in low-carbohydrate and gluten-free dieting. Forget the fact that cauliflower is chock full of vitamins (vitamins C, K, and B6) and high in fiber and antioxidants; it's an incredibly versatile vegetable.

For those low-carb-lovers, riced cauliflower can replace everything from, well, rice to mashed potatoes and grits. And vegans and vegetarians often replace main-course meats with cauliflower "ground beef" for tacos, pastas, and curries; or how about a juicy, pan-seared cauliflower piccata? The best part is that, due to its mild, slightly nutty flavor, cauliflower can take on just about any seasoning or sauce you choose to slather on it, from something as simple as butter to bold flavors such as garam masala or sriracha and sweet chili sauce.

Chefs have always taken advantage of cauliflower's unique versatility, but over the past few years, they've been stepping up their game. Take, for instance, the magic that is being made at Killer Po-Boys, the unique eatery that got its start offering innovative takes on our favorite local sandwich in the back of the French Quarter's Erin Rose bar on Conti Street. Post pandemic restrictions, they will return to the Irish pub to keep slinging their one-of-a-kind fare, but their bigger location, which owners and chefs Cam Boudreaux and April Bellow opened back in 2015 a couple blocks away on Dauphine Street, is operating. Among other new "classics" like their rum and ginger glazed pork belly with lime cabbage slaw and seared Gulf shrimp with pickled carrots and sriracha aioli, Killer Po-Boys offers a gorgeous roasted cauliflower po-boy, with creamy avocado, tangy romesco sauce, and dried kale, which can be served over spinach or slathered onto Dong Phuong French bread or toasted whole grain.

Though the Louisiana Children's Museum in City Park is temporarily closed, kids (and kids at heart) can still enjoy eating the cuisine offered at Acorn NOLA, a Dickie Brennan & Co. café located adjacent to the museum. Acorn is currently open for pick-up or delivery through UberEats, so diners large and small can enjoy items such as a fried chicken sandwich with Crystal honey hot sauce on a Hawaiian roll, tuna melt with citrus aioli, or a thin-patty burger with house-made potato chips. One of the most popular dishes, up there with their version of elote, or Mexican street corn, is the BBQ cauliflower "wings" with ranch dressing for dipping. At only $3.50 per dish, all we can say is move over, chicken!

Cruise down Veterans Memorial Boulevard in Metairie and pull into futuristic fast-food stop Atomic Burger. This Jetsons-like modern burger spot gives drive-thru joints a new name, with house-ground beef burgers, hand-cut fries, and liquid-nitrogen shakes. Among the more unusual offerings, including the green chile burger with roasted poblano peppers and steamed edamame (for those who eschew fries), Atomic Burger is also offering their very own cauliflower bun. Made in-house with cauliflower, cheddar cheese, egg, and kosher salt, this extra special bun will add $2 to your tab, but with only five grams of carbs, it's an option well worth the price, and maybe you won't feel so bad indulging in that Nutella marshmallow shake.

Finally, one of the most missed foods for gluten-free diets would definitely have to be pizza. While there are national chains out there with options, local pizza (and more) spot Reginelli's just recently got into the cauliflower-crust game. Not only is it gluten-free and vegan, it also touts the use of non-GMO ingredients. Opting for the cauliflower-powered crust will incur a $6 up-charge to your pie, making a specialty such as a small "Fresconon" with garlic herb sauce, mozzarella, spinach, marinated artichokes, and feta $17.95, but the crust is 12 inches as opposed to the usual 10. If that's a bit too pricey, you can simply skip the pizza altogether and go all in with their roasted Parmesan-crusted head of cauliflower that's been slathered in garlic butter and is served with an irresistible goat-cheese spread.

Revel in your personal food fest all November long with these affordable, old-school, genuinely New Orleans po-boys.
What the future holds for festivals, one of Louisiana's favorite pastimes, is still uncertain. Some of the city's largest events, such as French Quarter... 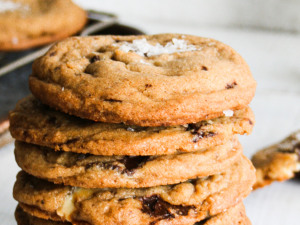 $20 & Under: How to Become Blue-Furred and Googly-Eyed 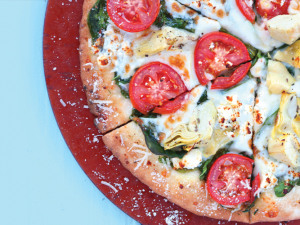 A relative plain-Jane—flavor-wise—of the vegetable world, cauliflower has risen to great heights over the past several years, even surpassing that green of all revered greens, kale. According to Nielsen, sales of cauliflower have leapt 40 percent over the past four years due to an increasing interest in low-carbohydrate and gluten-free dieting. Forget the fact that cauliflower is chock full of vitamins...