Though you'd like to believe that the plate lunch, sometimes called a "meat and three," is a down-home, Southern, or Midwestern invention, its origin is actually Hawaiian. Even more fascinating is the fact that the Hawaiian plate lunch grew from the island-state's Pan-Asian influence, most particularly the centuries-old Japanese "bento."

Defined as "convenient" or "convenience," bento is a type of lunch box, designed for one person and stuffed with steamed rice or noodles, meat or fish, and pickled or cooked vegetables. The box itself can range from beautifully hand-painted and crafted lacquerware to disposable plastic or paper containers, and the food is typically chosen and arranged to be not only nutritious and balanced, but also aesthetically pleasing. These days, Japanese mothers will often shape the food inside their children's bento boxes to mimic anime characters in the hopes that by being cute, their children will find the food more palatable.

Although bento boxes (like lunch boxes) are more commonly prepared at home, in the United States they have become exceedingly affordable lunches offered by pretty much any Japanese restaurant one might happen upon. There are even restaurants and caterers across the country that focus solely on selling bento boxes. In restaurants around the Greater New Orleans Area, the bento boxes offered may not be styled like adorable cartoon characters, but the great ones are not only economical, they are pleasing to both the palate and eye.

A building on Magazine Street had gone through several unsuccessful trials until Haiku Sushi moved in approximately five years ago. A sister to Royal Sushi in the French Quarter, Haiku is a casual spot with both indoor and outdoor seating, offering a menu consisting mainly of sushi, ramen, and hibachi. Some of their special rolls are especially enticing, such as the Geisha Kiss-tuna, salmon, yellowtail, and avocado wrapped in thinly sliced cucumber-but if you're hungry and watching your finances, you'd do better to order their bento box lunch. You can choose a main protein like shrimp and vegetable tempura or chicken katsu (similar to paneed chicken, but with panko), and it's served with miso soup or salad, steamed rice, a crispy fried spring roll, and half of a California roll. At no more than $10.95, this is a lunch deal designed to please.

Way out in the wilds of Harahan, on Citrus Boulevard, is what many consider one of the best, yet most underappreciated Japanese restaurants in the GNO. Kyoto II, hidden among the big box stores and warehouses in the area, is a terrific spot to lunch and is frequented by some of New Orleans' most respected foodies. The chefs are always busting out delicious, creative rolls, and the menu features everything from udon to donburi. Kyoto II also offers several lunch specials or bento boxes, such as grilled salmon or chicken teriyaki served with a choice of a California roll, tempura, or gyoza-plus miso soup and salad-for a grand total of $11.50.

Even in Downtown New Orleans, you can score a bento at a great price. Just try Tsunami, a restaurant that started in Lafayette and now has two more locations-one in Baton Rouge and the other here in New Orleans. Launched locally in 2017, Tsunami is a hip, funky, and fancy spot to score Japanese cuisine with a Southern twist. It's also one of the only spots offering pork tonkatsu, an odd, local rarity that continues to boggle. After all, who loves pork products more than the people of Louisiana? The bento offered at Tsunami are all $14 (only offered Monday through Friday at lunch), and diners can choose from mains including blackened salmon, tempura shrimp, and pork gyoza and add select sushi rolls, like California or spicy tuna, for a meal fit for a king. Their bento boxes also come with sunomono (cucumber) salad, steamed jasmine rice, and a bowl of miso soup.

Finally, located in Gert Town, Mikimoto has been serving sushi to the denizens of New Orleans for over two decades. The tiny box-like restaurant on the corner of S. Carrollton Avenue and Forshey Street offers plenty of the usual suspects-from sushi and tempura to udon and teriyaki-though there are also several dishes not often found elsewhere, including their wasabi mussels and the "Who Dat Popper," a deep fried jalapeno stuffed with snow crab, spicy salmon, and cream cheese. For lunch, they have a wide variety of bento, few of which cost more than ten bucks, all served with miso or salad and pan fried or steamed rice and a choice of protein, such as tuna steak with teriyaki, chicken katsu, tofu with vegetables, and shrimp tempura.

Mr. Bubbles On April 30, gather your best pals and head over to Mr. Bubbles for a delicious array of bubble teas in celebration of National Bubble Tea Day. With a location on Canal Street and Gretna's Behrman Highway, you can enjoy flavors such as avocado, strawberry,... 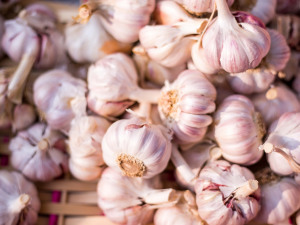 You wouldn't think that garlic, also known as the stinking rose, would have the global outreach that it does. You can find garlic as an essential ingredient in many different types of cuisines including: Italian, Chinese, Levantine, Iranian, Indian, and many others. Garlic gives an extra kick that makes some food items extra memorable. In celebration of National Garlic Day on April 19, here are five local NOLA restaurants that have... 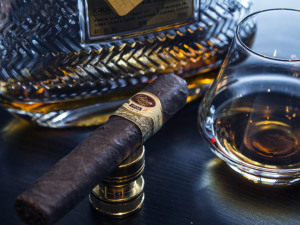 Like Scotch? Then Don’t Miss This Social Dinner at Restaurant R’evolution

Restaurant R'evolution will be partnering with Macallan to host an immersive fine dining experience called The Macallan Social. Photo Courtesy of Macallan The event will take place on Wednesday, April 21 from 6 to 8 p.m. and tickets can be purchased at eventbrite.com for $200 a person. A purchase of said ticket will include a Macallan premium scotch flight, cocktails and cigars in the Royal Sonesta courtyard, live music,...