Most everyone has childhood memories of going to the ice cream parlor on a bright summer Saturday, pressing your nose to the glass, waffling about which flavor you'll choose, though you know you'll eventually settle on a tried-and-true favorite. It's hard to forget that singular moment when the girl behind the counter reaches over the glass to hand you the cone, your eyes widen as you grasp the top heavy (one scoop or two?) confection, delicately taking your first glorious lick.

Though we often choose to relive these moments when we're on vacation or spending a special day out, most of the time when you choose to indulge in this sweet creamy treat, are you honestly breaking out the scooper and cones? Or do you just grab a spoon and take the whole pint to the couch?

Regardless of how you choose to enjoy it, ice cream is arguably one of the most excellent desserts around. Not only is it creamy, cool, and delicious, it's ubiquitous. You can find it in any grocery store, and practically every restaurant in town will have a scoop of something or other on the menu. Even better, over the past year or so, New Orleans has seen a huge increase in local options. Of course, there's always Creole Creamery, but if you're looking for a change, you might just want to hop onto Instagram and see what you can scoop up.

Abby Boone and her husband Aaron came on the local scene last April when everyone was out of work, scrambling to make ends meet. Abby, a former pastry chef, had been considering getting into the ice cream business for years and it seemed like the perfect time to try. Naming the business after her newborn daughter, Lucy began selling her house made pints on Instagram @lucybooneicecream and things just took off. They began doing pop-ups at spots like the now-defunct Avery's on Tulane and Thalia, and they have yet to slow their roll. Currently, they have a regular gig at Here Today on Constance Street Fridays through Sundays with rotating, seasonal flavors. Scoops to note include North Shore Honey with crisp honeycomb, strawberry cheesecake, s'mores, and banana dulce de leche.

In the same vein of making lemons into lemonade, Sam Caruso got his troubled life on track when he started making ice cream. Dubbed Laozi Ice Cream, it's pronounced "lousy," though it's anything but. Initially, he was slinging a few quarts out of Monkey Monkey Coffee & Tea on S. Carrollton, but now he's working in a bigger space on Canal Street out of Blue Dot Donuts. His offerings change depending upon that day's inspiration, but past flavors of his creamy, cool custards include "S'mo Brownies," a chocolate custard with a roasted marshmallow graham cracker swirl and "half-baked" brownies; "Salt, Crackle, Pop," a salted caramel custard with a salted caramel swirl and salted rice crispy treats; "Spring Time," a lavender ice cream with Meyer lemon bars; and "Salty Monkeys," banana custard with blonde Oreos and a slightly salty dulce de leche. Follow him on Instagram @laozi.ice.cream if you need your daily drool, but you should visit his website if you're looking to order. His quarts move pretty darn fast though, so you'll have to be diligent.

Former pastry sous chef Jillian Duran was working at Maypop Restaurant in the South Market District, but found herself out of work and, more importantly, bored when the pandemic hit. With over 12 years of baking and pastry experience, and another half dozen in wholesale ice cream production, Duran was more than ready to strike out on her own. Last year in late June, she launched Rahm Haus (@rahmhaus_icecream), a name that means "cream house" in German. She opted to make the kind of ice cream one would typically find in a high-end restaurant, highlighting local, seasonal produce, as well as collaborating with other small businesses like Piety & Desire Chocolates or local coffee roasters. Interested ice cream aficionados can pre-order pints on her website and pick them up on the weekends at Courtyard Brewery, a locale where folks can also try scoops of her unique, and to some perhaps daunting, flavors. Previous options include "Cookies & Dreams," a brown butter white miso ice cream with rye miso chocolate chip cookies; "Ducky Luck," a butterscotch ice cream with duck fat caramel; "Tropical Heat," toasted coconut and rum ice cream with Thai chili, mango, and pineapple pepper jelly; and "Salted Egg Yolk," egg cream custards with pieces of Hong Kong-style egg tart. Duran says she owes her current success to Chef Michael Gulotta (owner of Maypop and MoPho), who allowed her the use of Maypop's kitchen while the restaurant was closed. Plans are in the works to open a shop, but until then order up!

Born and raised in New Orleans, Barrett Jacocks, the founder of @vicecreamnola, believes that everyone has their own vices, whether it's drinking, smoking, gambling, or...ice cream! Though he formerly worked in the event industry, Barrett lost his job due to the pandemic (once again), forcing him to consider another direction. After a life-altering taste of a popcorn butter ice cream he discovered in Austin, Texas, he returned to town ready to try his hand at making playful, delicious, and beautiful ice cream. Though Barrett has plans to infuse his ice cream with all kinds of delightful vices, for now he's sticking to foodstuffs with flavors like "Cinnabash," cinnamon cereal ice cream with homemade cinnamon buns, pecans, and cream cheese frosting swirls; "Caked Out," almond vanilla ice cream with ooey gooey buttercake and unicorn sprinkles; "Wedding Crasher," strawberry almond ice cream with strawberry cake, condensed milk, and toasted almonds; and "Heavenly Hashed," chocolate almond custard with toasted almonds and a Stracciatella chocolate drizzle.

Are you still wasting time or are you just going to grab a spoon?

Are you the type of person who will gladly eat the gratis portion cup of slaw, even after it's warm from sitting next to a pile of hot Raising Cane's chicken fingers? Is pulled pork, smoked low 'n' slow, just not complete without a cool, tangy pile of shredded cabbage as a... 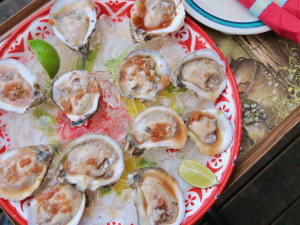 For tourists coming from other oyster-producing regions of the country—states like California, Washington, New York, Massachusetts, and Maine—they'll likely never forget their first taste of Gulf oysters in Louisiana. First, though the species down here can also be found all along the Eastern Coast, as far north as New Brunswick, Canada, our oysters tend to be a lot larger, meatier, and milder in flavor due to the mixing of... 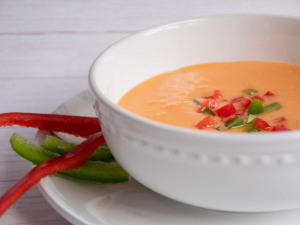